Here's what you need to know about the spread of the new coronavirus in San Diego County, including how many cases have been reported and the latest updates from local health officials

The coronavirus pandemic reached San Diego County in March 2020. Each day, local health officials give us updates on the spread of the novel coronavirus in our region. We will bring you the latest news here, every day. You can count on us.

The county continues to move toward its goal of providing 5,600 tests a day to anyone who wants one. This allows health officials can better track the disease, particularly among residents who may not show symptoms of COVID-19 but can just as easily spread the disease.

This data is not a full representation of cases. There has been very limited testing so far. Therefore, the actual number of cases per zip code could vary greatly. Officials with the County Health and Human Services Agency say the number of people infected with COVID-19 in San Diego is around 10 times the reported total.

June was a month of both reopenings and setbacks for San Diego County as community outbreaks triggered health officials to re-evaluate the city's public health order. To catch up on what happened in June in San Diego County during the coronavirus pandemic, read this.

Because the county was on a holiday on July 4th, the numbers released Sunday were a total of two days.

No new deaths were reported keeping the county's total at 387.

San Diego County is on the state's monitoring list. The county said businesses should prepare to close or modify operations effective July 7 and would last three weeks.

Due to the holiday, the county did not release the latest COVID-19 numbers.

Out of the 15,696 positive COVID-19 cases, 1,849 or 11.8% have required hospitalization. No new outbreaks were reported. In the past seven days, 21 community setting outbreaks were identified.

Ten more deaths were reported bringing the region's total to 387. Six women and four men died, their ages were in the mid-50s and late 90s. All had underlying health conditions.

The county continues to be on the state's monitoring list due to the continuing high number of daily cases.

July 2
San Diego County was told it will be placed on the state's watch list on Friday and will likely force modifications and even closures at some businesses beginning next week. Public health officials have said these developments were expected.

"Businesses on the state’s list should prepare to close or modify their operations since new restrictions could be effective as early as July 7 and would last for three weeks," the county said.

Indoor activity restrictions could be placed on businesses including dine-in restaurants (Service would be limited to outdoor, pick up or drive-through), wineries and tasting rooms, movie theaters, family entertainment centers and cardrooms, museums, and zoos.

Ten new outbreaks were reported Thursday, including eight in restaurants/bars, one in a grocery and one in a business. In the past seven days, 22 community outbreaks have been identified which far exceeds the seven in seven days trigger.

The 22 outbreaks represent 100 laboratory-confirmed cases, according to the county.

The County also reached its Case Investigation trigger because only 67% of investigations were initiated within 24 hours of notification over a 7-day period. The trigger is activated when the rate falls below 71%.

Yet another single-day positive COVID-19 case record was set Thursday as the county reported 584 new cases. The new cases make up 6.8% of the 8,510 reported tests.

The county's case total since the pandemic began is now at 15,207, and five new deaths reported Thursday brought the death toll to 377.

July 1: Gov. Gavin Newsom ordered bars and indoor dining at restaurants to close in 19 counties due to the surge of new coronavirus cases throughout the state. San Diego is the only southern California county that did not make the list but will be placed on the state's watchlist if we continue to trigger beyond the threshold the state has outlined.

San Diego County met a trigger on June 30. If the trigger remains activated for three consecutive days, the state places us on a watchlist.

"If we remain on the watchlist for three consecutive days, we will then have to take the enforcement action." Supervisor Nathan Fletcher said. "Which will be a three-week pause on indoor activity and any entities outlined in the governor's order."

County Public Health Officer, Dr. Wilma Wooten said she expects San Diego County to be on the state's watchlist by July 3, and by July 6, she expects we will be ordered to shut down indoor settings.

While the county wasn't among 19 counties ordered to scale back on Wednesday, we were ordered to close all parking lots at state beaches ahead of the July 4th holiday.

Thirteen outbreaks were reported in a seven day period. The county's target is seven outbreaks in seven days. This increase prompts a trigger for the region.

The outbreaks range between (3) businesses/bars (2), restaurants (4), a healthcare facility, a grocery store, a private residence, and a business that prepares/handles food.

The county's Public Health Order was also updated and released, dated for July 1.

To read what happened in May 2020, a month that county leaders called a month of "adaptation" for San Diego County in the fight against the novel coronavirus, click here.

To read what happened in April 2020, a month that county leaders called "critical" for flattening the curve, click here.

To look back at what happened in March 2020 in San Diego County during the coronavirus pandemic, click here.

This included quarantine operations at a 151-room Ramada hotel in Kearny Mesa that was chosen to house quarantined patients held at MCAS Miramar (March 18).

More than 480 passengers from a coronavirus-ridden cruise ship that docked at the Port of Oakland were flown to MCAS Miramar March 10 to March 12 to complete a mandatory 14-day federal quarantine. On March 27, Dr. Eric McDonald, Medical Director with the County Epidemiology Immunization Branch said all but three of the passengers had returned home after 14-days of quarantine, including those who had been at the Ramada Hotel.

Training Support Command at Naval Base San Diego was temporarily closed on March 14 due to three Sailors testing positive for COVID-19. 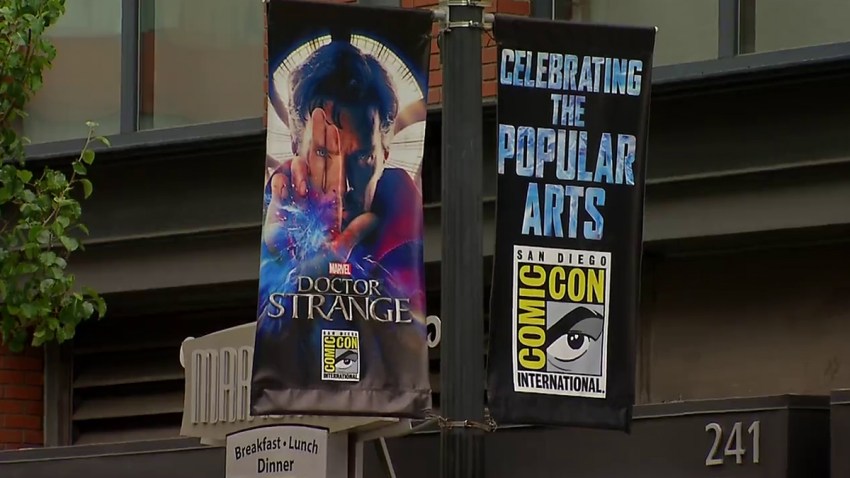 US Coronavirus Updates: Trump Seeks $250B for Payrolls in Aid Showdown; Cases Near 400K

We later learned schools across the state would be closed for the remainder of the academic year.

Church Services Canceled
As gatherings were banned, all daily and Sunday masses in the San Diego Catholic Diocese were canceled. Rock Church San Diego services were also canceled and moved to streaming online.

Beaches & Parks Closed
On March 23, San Diego’s beaches, parks, boardwalks, and other open spaces across the county were ordered to close to restrict gatherings over 10 people prohibited by state and local laws.

Sports, On Hold
Sports agencies – both college-level and professional – suspended their games and seasons. MLB’s Opening Day – including the San Diego Padres big Home Opener at Petco Park – were scrapped, but in June, the MLB made plans to return to the field, without fans. The 2020 MLB season will return in late July.

Text "COSD COVID19" to 468311 to receive updates and alerts from the county. Click here to find different ways to help your community during the pandemic.

San Diego County would like to remind everyone if you or someone you care about is experiencing a suicidal or mental health crisis, please call the Access and Crisis Line at (888) 724-7240.

Pitching in During the Pandemic: Stories of San Diegans Doing Good: Read more stories about San Diegans finding creative ways to lend support. Have you heard about a story we should share? Let us know