The patient is not hospitalized and is under isolation, HHSA said. County contact tracers are working to identify others the patient may have come in contact with

San Diego County health officials announced Thursday the first case of the omicron variant of COVID-19 has been detected among a San Diegan who was fully vaccinated and boosted against the disease.

The patient, who was not identified, had recently traveled abroad before testing positive for COVID-19 on Dec. 8, according to the San Diego County Health and Human Services Agency. (HHSA). After conducting a whole genome sequence, the Omicron variant was confirmed Thursday morning.

The patient is not hospitalized and is under isolation, HHSA said. County contact tracers are working to identify others the patient may have come in contact with.

“We expected that the Omicron variant would make its way to San Diego, and it has," said Public Health Officer Wilma Wooten, adding that more cases are expected. “We are continuing to monitor for the Omicron variant and will report any other cases to the public when they are identified.”

Multiple cases of people testing positive for the omicron variant have been reported in both Los Angeles and the Bay Area. The New York Times reported on Thursday that the mutation has been detected by testing in 22 states and 62 countries around the globe, including Canada and Mexico, which confirmed its first case last Friday after a 51-year-old person tested positive after returning from a trip to South Africa.

Cases of the coronavirus have been increasing recently in San Diego and elsewhere. On Wednesday, county officials said. The number of new infections reported in the past week — 5,418 — far exceeds the previous week's 2,955. Authorities have laid the blame for the spike on Thanksgiving gatherings, however, not the omicron variant.

A total of 562 new COVID-19 infections and 12 additional deaths in San Diego were reported on Wednesday.

As of now, the county has not changed any public health measures due to the new variant but HHSA said the county continues to work with the Centers for Disease Control and Prevention and the California Department to determine if changes should be made.

For now, the county recommends the following steps to protect against all variants of COVID-19:

On Nov. 26, 2021, the World Health Organization designated variant B.1.1.529 a variant of concern, named omicron. The decision was based on the evidence that it has several mutations that may have an impact on how it behaves. For example, on it's rate of spread or the severity of illness it causes.

A new variant, named B.1.1.529, was named a “variant of concern” by the World Health Organization and given the name “omicron” from the letter in the Greek alphabet.

What's Known and Not Known About the Variant?

Scientists know that omicron is genetically distinct from previous variants, including the delta variant, but, so far, they don't know if these genetic changes make it any more transmissible or dangerous. At this point, there is no indication the variant causes more severe disease.

It will likely take weeks to sort out if omicron is more infectious and if vaccines are still effective against it.

The images of the molecular representation of omicron spike proteins released by the Amaro Lab of UC San Diego are, in a way, hypnotic and artful -- despite their deadly potential

Peter Openshaw, a professor of experimental medicine at Imperial College London, said it was “extremely unlikely” that current vaccines wouldn’t work, noting they are effective against numerous other variants.

Even though some of the genetic changes in omicron appear worrying, it’s still unclear if they will pose a public health threat. Some previous variants, like the beta variant, initially alarmed scientists but didn’t end up spreading very far.

To date, delta is by far the most predominant form of COVID-19, accounting for more than 99% of sequences submitted to the world’s biggest public database.

Do the Vaccines Already Protect Against Omicron?

It's too soon to tell — which isn't a reason for panic. It just means scientists are working on finding out.

Given omicron's plentiful mutations, it could theoretically evade vaccine-induced protection, and some experts anticipate a drop in vaccine effectiveness. Researchers will likely have answers within the next week or so after testing antibodies from people who are vaccinated, and seeing if they are capable of neutralizing the virus.

Even if omicron can evade those antibodies, the vaccines are still likely to protect against severe illness, BioNTech CEO and co-founder Dr. Ugur Sahin told the Wall Street Journal on Tuesday. That's because omicron will "hardly be able to completely evade T-cells," which are the body's second line of defense against the virus, Sahin said.

This week, Pfizer announced that people who had been fully vaccinated and received its booster shots should have at least some protection against omicron.

Still, President Joe Biden instructed the U.S. Food and Drug Administration and the Centers for Disease Control and Prevention to use the "fastest process available without cutting any corners," to make omicron-specific vaccines available, if necessary.

It's unclear who would be eligible for those vaccines, if they eventually get approved.

Moderna says it's already working on one, which could be ready to ship by early 2022, if necessary. On Monday, Pfizer CEO Albert Bourla told CNBC's "Squawk Box" that his company is waiting for more data before acting — but could have its version ready in 100 days.

Non-vaccine treatments could also be a mixed bag. Pfizer's COVID antiviral pill, Paxlovid — which has yet to be approved by the FDA — might work against variants like omicron, because it's designed to address spike mutations, Bourla said.

But fellow drugmaker Regeneron said Tuesday that its monoclonal antibody cocktail, along with any other similar drugs, could be less effective against omicron than other variants. The company said it's exploring other alternatives.

How Can I Protect Myself Against Omicron?

The World Health Organization said the most effective steps individuals can take to reduce the spread of the COVID-19 virus and omicron are the same: Keep a physical distance of at least 6 feet from others; wear a well-fitting mask; open windows to improve ventilation; avoid poorly ventilated or crowded spaces; keep hands clean; cough or sneeze into a bent elbow or tissue, and get vaccinated when it’s their turn. 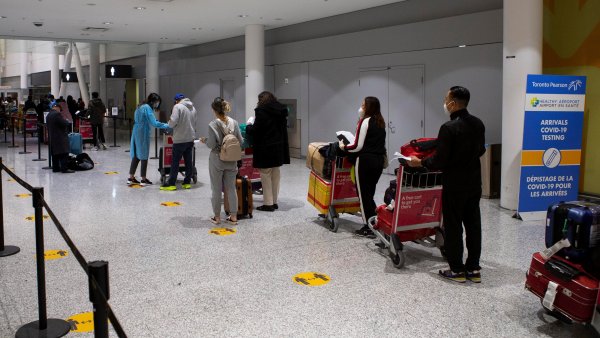