In episode four of our podcast, Scene in San Diego Featuring Eater, we talk about a few of the new restaurants that have managed to open in San Diego during the coronavirus pandemic – despite restaurant rollbacks and ongoing restrictions.

One of those debuts is the long-awaited Portside Pier dining complex along San Diego’s North Embarcadero, a $25 million project five years in the making from the Brigantine restaurant group. To talk about that project, we’re joined by our guest, Mike Morton Jr., co-owner of Brigantine, Inc., who shares how Portside Pier was able to make its grand debut and how the dining hub plans to operate safely in these times of COVID-19.

Of course, it’s not just about what’s newly open these days in our local food and drink scene. Sadly, we’ve also lost many beloved San Diego restaurants to the economic impact of the pandemic. We touch on a few of those closures -- which, we know, really hurt -- too.

Last month, public health officials ordered San Diego County restaurants to shut down their indoor dining rooms – the second time that’s happened since the coronavirus pandemic reached San Diego County in mid-March. Restaurants are still allowed to operate, only they must move all dining areas outside.

San Diego County remains on California’s monitoring list, and that means those restrictions on indoor dining will likely continue, at least for now.

Despite these rules, there have been quite a few restaurant openings across San Diego’s dining landscape over the past few months -- pandemic and all. We take you to three of those splashy debuts in three parts of town: the Gaslamp Quarter, Liberty Station, and the downtown waterfront. 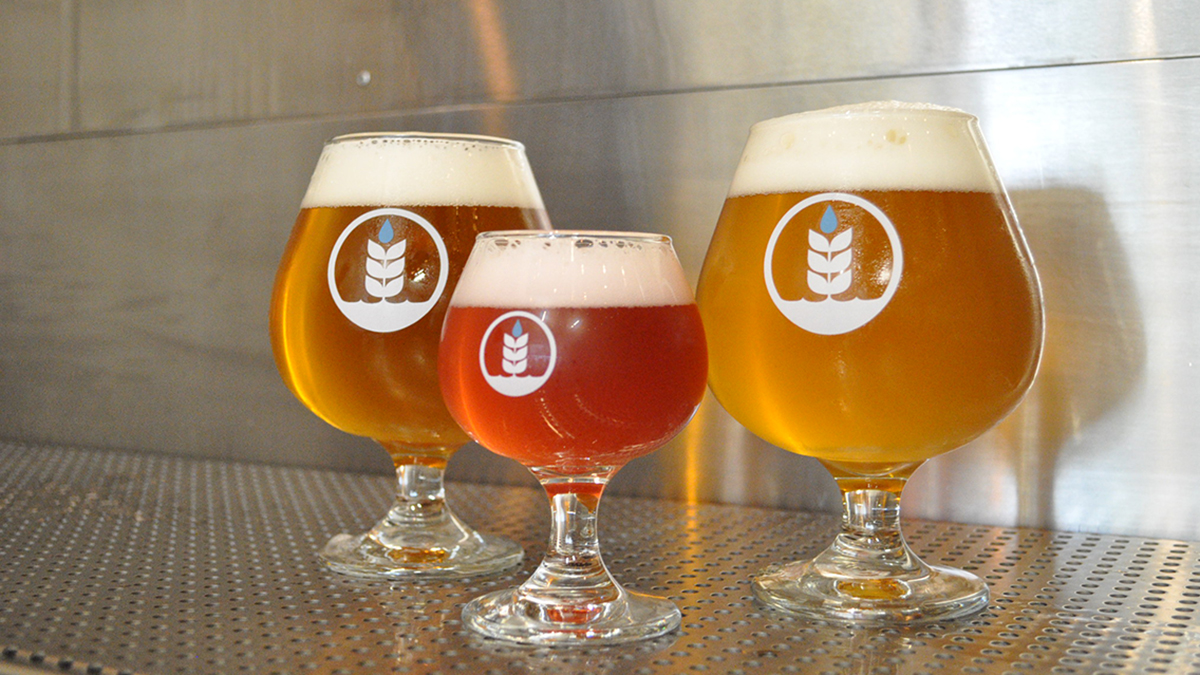 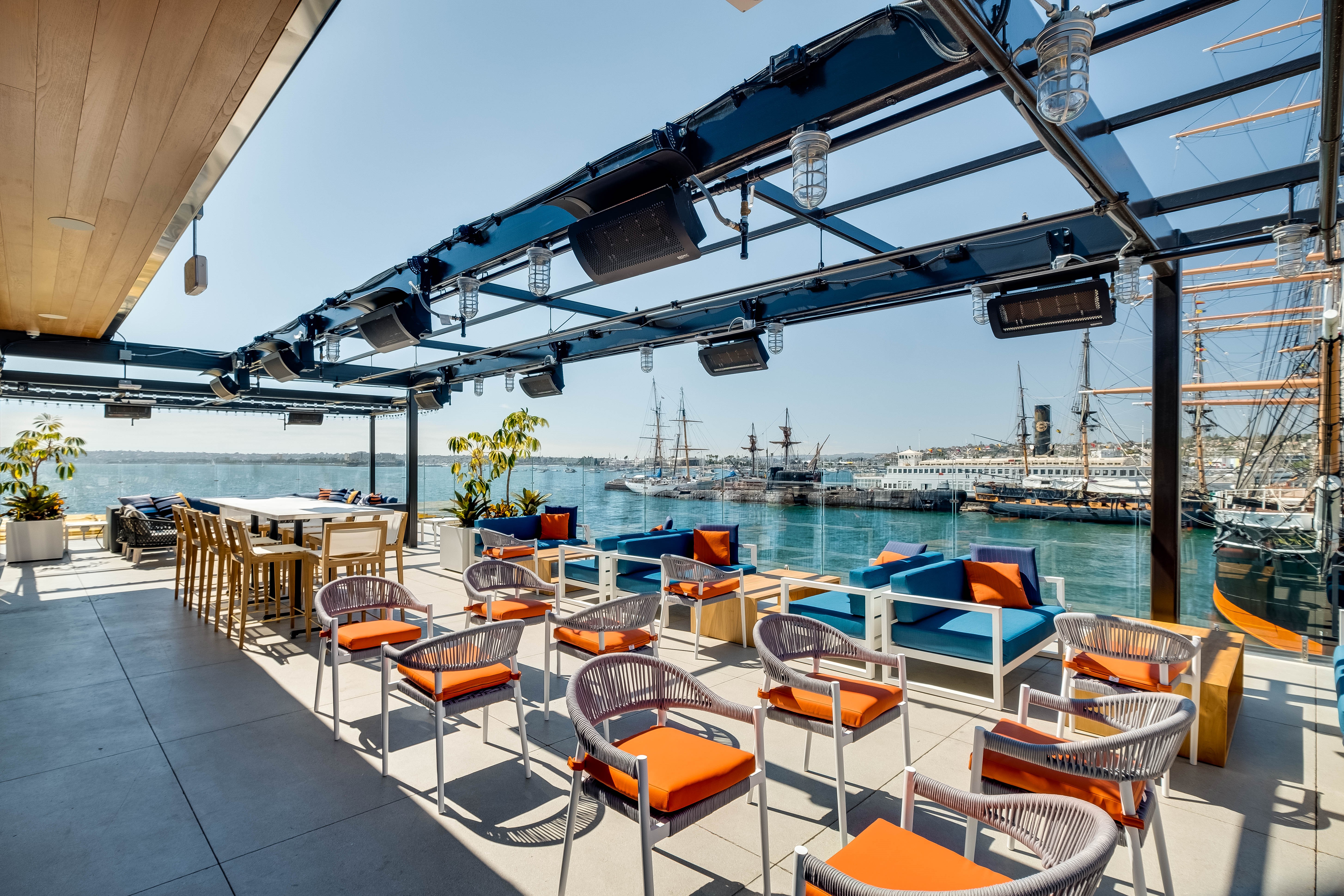 3 San Diego Restaurants That Have Opened During the Pandemic

Lumi (Gaslamp Quarter)
The indoor dining ban continues to be tough on restaurants, but San Diego’s weather does give us a bit of an advantage when it comes to the shift towards outdoor dining. Lumi opened in late June in the Gaslamp, before the dine-in ban. Since it’s a rooftop restaurant, it has been able to stay open. Lumi serves Japanese-Peruvian cuisine and the chef behind the restaurant, Akira Back, has a Michelin-starred restaurant in Asia and an expansive global portfolio.

The Presley (Liberty Station)
Over at Liberty Station, The Presley recently opened. It's a family-friendly, mostly-outdoor eatery from Good Time Design – the same group that runs The Blind Burro and Moonshine Flats. This space works for the times we’re in: 2,070 square feet of the property is entirely dedicated to patio dining. On Executive Chef Todd Nash’s menu, patrons will find everything from flatbreads, sandwiches, and salads to dishes such as everything-crusted seared ahi, mussels with linguica and lobster broth. The drink menu includes such concoctions as the Dole Whip mimosa, frozen gin fizz, and classic lava flow – solid selections for an alfresco Sunday brunch.

The Presley replaces Fireside by The Patio at Liberty Station, one of The Patio Group restaurants formerly owned by embattled business executive Gina Champion-Cain, who recently pleaded guilty to defrauding investors in a $400 million Ponzi scheme. That’s, of course, a story for another day, which you can catch up on here. Oh, and to read more about how Liberty Station is embracing the outdoor dining trend amid pandemic-related restrictions, check this out.

Five years in the making, the 42,000-square-foot Portside Pier is part of the Port of San Diego’s redevelopment of the North Embarcadero. The restaurant hub sits on a familiar site: San Diego dining staple Anthony’s Fish Grotto operated for more than 50 years at that location. (Disclosure: Monica Garske’s husband works for Brigantine Inc.)

Brigantine Inc. was among the many companies that bid for this prime waterfront location after Anthony’s time there was up five years ago.

People flocked to the opening of Portside Pier, which offers San Diegans a new dining experience.

The Brigatine Inc.’s Mike Morton Jr. joined us on this episode of our podcast to talk about how the Portside Pier project came together – pandemic and all.

“We were about 4 months from finishing the project when the shutdown happened,” he explained.

The company continued to build, not really knowing if they’d be able to open the property as planned. But, they pressed on and were fortunate enough to open.

With more than half of Portside Pier’s 1,000 seats situated on the property’s scenic patios, Morton Jr. called the outdoor-friendly layout of the property “fortuitous,” given our current public health restrictions.

“We’ve got a ton of outdoor space here. We didn’t have a crystal ball – we just got lucky,” he added.

With Portside Pier in a high-traffic, iconic location, it’s bound to attract a lot of people. But, during a pandemic, crowds must be curbed for public safety. Morton Jr. shares how his team plans to use reservations, social distance protocols, and other measures to keep the restaurant, customers, and employees safe as the pandemic continues.

3 San Diego Restaurants That Have Closed During the Pandemic

While these restaurant openings are great news for our food and drink scene, there’s just no denying the other side: the permanent closure of some local eateries. The restaurant industry has been hugely impacted by the pandemic, and it’s unfortunately resulted in a wide range of eateries across San Diego having to close – and not just during the pandemic shutdowns, but for good. Both NBC 7 and Eater San Diego are keeping a running list of shuttered restaurants on our websites.

The Balboa Bar and Grill
Known for its burgers, The Balboa Bar and Grill in Bankers Hill recently closed to the disappointment of its many, many fans. The Fifth Avenue bar was small, dark, and cozy – all qualities that don’t align with current health orders. An offshoot of The Balboa, which opened last year in Chula Vista and has patio seating, will continue to operate. If you’re still hankering for that Balboa burger fix (ahem, guilty), Eater has details on that Chula Vista location here.

Whisknladle
Another big, surprising closure was that of Whisknladle, which had been on Wall Street in La Jolla for the past 12 years. Well-respected for its farm-to-table menu, the restaurant had snagged a spot on Eater’s list of the 38 essential restaurants in San Diego. The group behind the restaurant still has Catania in La Jolla as well as Gravity Heights and Park Commons in the Sorrento Mesa area.

Waypoint Public
Our final closure of this episode is in North Park and that is Waypoint Public. Though it’s been open for seven years on 30th Street, the gastropub’s owner has put it up for sale, saying that the business can’t survive on the fraction of normal sales it’s currently doing due to the pandemic. As a 5,000-square-foot restaurant that has just a small patio, the numbers just don’t add up.