Jurickson Profar hit an RBI double with no outs in the ninth inning for the San Diego Padres, who got a brilliant performance from right-hander Dinelson Lamet to beat the Colorado Rockies 1-0 on Monday night for their sixth victory in eight games.

The victory was costly, though, because first baseman Eric Hosmer broke his left index finger attempting to bunt in the first inning. Manager Jayce Tingler said Hosmer could be out two to six weeks.

“Knowing Hos, he’s a tough guy, and knowing his pain tolerance ... with some good luck and some good fortune, it heals up and at that point it’ll be up to pain tolerance,"Tingler said. "If we can get it to that point I feel very confident betting on the man.”

The Padres have options at first base. Rookie Jake Cronenworth played well at first base when Hosmer missed several games early in the season with a stomach ailment, and the Padres obtained Mitch Moreland during a flurry of trades in the days before last week's deadline.

Hosmer was having a good season, hitting the ball in the air more than he had in recent seasons. He was hitting .291 with eight homers and 32 RBIs, and was part of the Padres' “Slam Diego” outburst in mid-August, when they became the first team in history to hit four grand slams in four straight games.

Pinch-hitter Greg Garcia started the winning rally when he poked an opposite-field single past third baseman Nolan Arenado leading off the ninth. He was replaced by speedy pinch-runner Jorge Mateo, who scored on Profar’s double to right off Carlos Estévez.

Knowing Mateo's speed, “As soon as I hit it, I said, 'We have a chance to win it,” Profar added..

Drew Pomeranz (1-1) pitched the ninth for the win.

Lamet matched his season high with 11 strikeouts in 7 2/3 innings, the longest outing of his career. He allowed six hits and walked none. 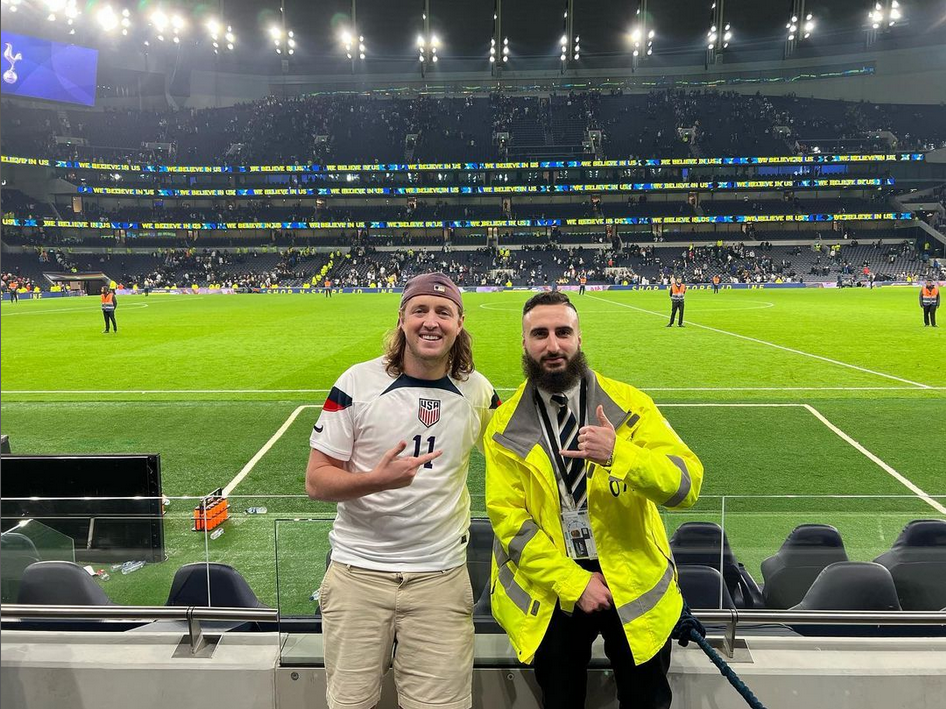 The Padres squandered two big scoring chances earlier, including loading the bases with one out in the seventh before Manny Machado lined out to third baseman Nolan Arenado, who doubled Fernando Tatis Jr. off first. Tatis originally was called safe but the Rockies challenged the call and it was overturned. Tatis was hit on the right arm by a pitch from Yency Almonte to load the bases.

In the fifth, Tatis walked, stole second and advanced on catcher Tony Wolters throwing error before Machado and Mitch Moreland struck out.

The Rockies had taken two of three from the NL West-leading Los Angeles Dodgers.

“It shows that a lot of the teams in our division are going to be in it at the end," Trevor Story said. "We’re going to have to win some games against these guys if we want to be where we want to be.”

Story said Lamet is "really good. He’s really effective. He has plus-plus stuff, it seems like. It kind of seems like he has something different every time. He did his thing tonight, kept us off balance.”

Manager Bud Black said both starters “pitched with aggressiveness. Both guys attacked. Kyle got into a little bit of a pitch count issue in innings four, five, six.”

Tatis, the Padres’ shortstop, and Machado, the third baseman, each started a nice inning-ending double play. In the second, Tatis fielded Daniel Murphy’s grounder, stepped on second and leaped over Arenado as he was sliding in, and threw to first. In the third Machado dove to his left to snap Raimel Tapia’s grounder, tagged Ryan McMahon as he tried to take third and then threw to first.

Rockies: RHP Chi Gonzalez (0-0, 5.00) is scheduled to start Tuesday night. He has no decisions and a 4.85 ERA in three games, including two starts, against San Diego. He did not figure in an 8-5 loss here last year.

Padres: RHP Mike Clevinger (1-2, 3.14) is scheduled to make his home debut. Acquired in a blockbuster deal with Cleveland, he took a 2-0 loss at Anaheim in his Padres debut on Thursday.