The DEA has taken down at least 20 hash oil labs in San Diego County so far this year, including six that have made the news in May.

There were 31 found in 2018 and 27 in 2017, according to the DEA. Some were discovered during law enforcement raids, and others were found only after malfunctions caused explosions and fires that caused insurmountable damage and severely injured people nearby.

This timeline details some recent discoveries and the injuries, damage, and neighborhood fear they've caused. 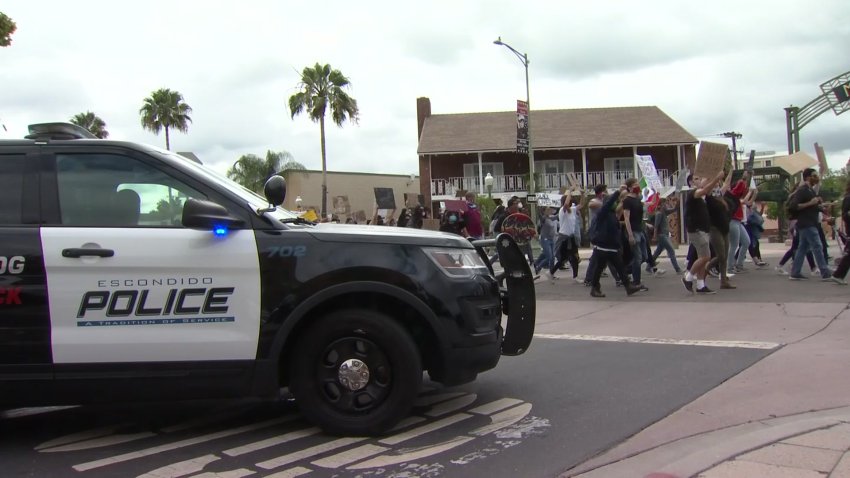 NBC 7's Dave Summers shares what homeowners should look for if they suspect their neighbors could have a hash oil lab of their own.

A two-story home on Sunny Meadow Street in Mira Mesa exploded May 5, revealing a hash oil lab operation in the garage. Investigators found lab equipment inside, and nearly 100 butane cylinders outside – enough resources to produce up to four pounds of hash oil that could carry a street value of $72,000. Three people were injured, including one victim who suffered burns to 95 percent of their body. The DEA said the explosion could have been much worse.

A DEA Narcotics Task Force raided a home on 2nd Avenue in Chula Vista and seized a butane hash oil lab and fentanyl, a deadly synthetic opioid. According to the DEA, two milligrams of fentanyl is enough to cause a lethal overdose. One person was taken into custody.

DEA agents arrested four people after they searched 30570 Chihuahua Valley Road and found three trailers that housed a sophisticated lab approximately 15 times larger than the one linked to the Mira Mesa explosion.

Hours after the raid in Warner Springs, firefighters responded to a fire at a warehouse on El Cajon Boulevard in El Cajon and found various chemicals once they put out the blaze. A hazmat team and DEA agents were called, and they later confirmed the presence of an illegal hash oil lab. The fire caused about $100,000 worth of damage to the building and its contents.

A small but “still dangerous” hash oil lab was uncovered during a search warrant execution at 4311 Loma Riviera Court in San Diego’s Point Loma neighborhood. During the search, agents discovered a small butane hash oil extraction operation, marijuana plants, butane canisters and finished hash oil. A DEA spokesperson said that while this hash oil lab was considered small by investigators, it was still a dangerous operation. One person was taken into custody.

The DEA executed a search warrant Thursday at 7648 Lemon Avenue and found finished hash oil worth more than $6.75 million, more than $2 million worth of sophisticated lab equipment, and large quantities of ethanol. There was enough ethanol in the lab to cause extensive fire damage, the DEA said. Lemon Avenue was shut down for around six hours while San Diego County Hazmat removed it.