Sex Offenders on Parole Will Not Have to Post Signs on Door: Dept. of Corrections

The California Department of Corrections and Rehabilitation will not enforce the yearly program "Operation Boo" which asks registered sex offenders to place signs on their doors during Halloween.

The program, meant to protect children from predators during Halloween, was scheduled to go into full effect this year. However, the president and founder of California Reform Sex Offender Laws organization filed a lawsuit against the CDCR. Janice Bellucci is challenging what her organization calls an unconstitutional Halloween sign requirement that's part of "Operation Boo."

In an agreement between the two parties in court, the CDCR agreed not to enforce the sign policy, though the lawsuit continues.

CDCR spokesman Luis Patino clarified that such signs were never a condition of Operation Boo and are not a state requirement, even it they were a common practice locally.

However, offenders will still not be able to put up Halloween decorations or illuminated porch lights during the holiday.

Bellucci filed the suit after she says her client, a registered sex offender in Chula Vista, was told to post a flier on his home on Halloween saying, "We Do Not Participate in Trick or Treating."

"All we’re challenging is the sign requirement," explained Bellucci. "We believe this both violates the United States Constitution and places in significant danger all sex offender parolees." 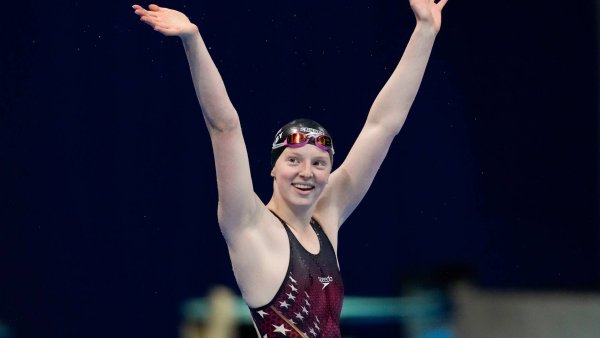 ‘I Really Had No Idea Who Was Going to Touch First': Alaskan Swimmer Lydia Jacoby Talks Gold Medal Moment

A registered sex offender, who spoke to NBC7 anonymously, felt the sign is appropriate because it doesn't mention any charges.

"I kind of understand where they're coming from," he said. "It helps keep them away so there's less chance of children saying something happened."

Concerned parent Amanda Misiano said she thinks the signs are a good idea.

"I think it’s good because it will protect the kids," Misiano said.

According to the "Operation Boo" website, requirements for sex offender parolees include a 5 p.m. to 5 a.m. curfew on Halloween. Their lights must also be off so they don't attract children, but there's no mention of having to post the sign.