A memorial service was held Sunday for the three people who were struck and killed when a driver plowed through a homeless camp on a sidewalk in downtown San Diego last month.

The inter-faith service was held at the Civic Center Plaza, where dozens of people attended the ceremony.

Religious leaders led the community in prayer as they remembered the victims. The men's loved ones honored their memory by sharing personal stories and remembering the impact they left on the community. 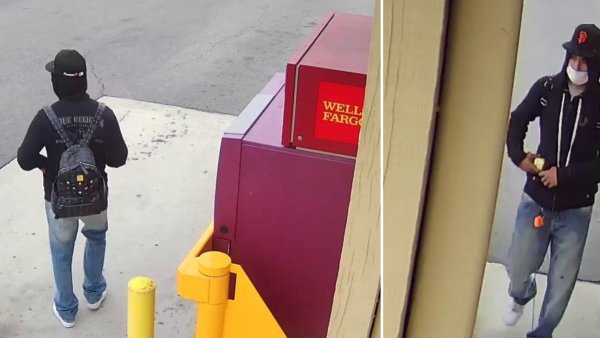 "I love that people are showing compassion for them and their families, the families deserve a memorial service," said Pat Flowers who attended the service.

Although she didn't know the men personally, Flowers wanted to pay her commemorate the lives lost.

“I just have compassion for how they feel and I wanted to show my respects,” she said.

The three victims have been identified by the Medical Examiner's office as Randy Daniel Ferris, 65, Walter James Jones, 61, and Rodney Diffendal, 40.

Authorities and witnesses provide updates on the deadly crash that killed several pedestrians and injured more on March 15, 2021.

Some of the men were fondly remembered for being regulars at local businesses, one was a U.S. Marine veteran and all were community members. They had friends and families who are now in mourning due to their tragic deaths.

The three men were struck and killed by a Volvo station wagon at about 9 a.m. on March 15 under a tunnel on the 1400 block of B Street, near San Diego City College. That tunnel is known to shelter homeless San Diegans, especially during cold and gloomy weather like the day of the crash.

Community advocates said in a news conference last month that the tragic crash was preventable.

“This is just one tragic event of many that have happened. Will this be the catalyst that actually finally wakes up our elected officials and moves us forward? We are waiting to see that,” said Michael McConnell, a San Diegan who advocates for people experiencing homelessness.

Community advocates for people experiencing homelessness in San Diego held a press conference to address the crash that injured nine people, killing three of them, saying that the tragedy could have been prevented. NBC 7's Catherine Garcia has more.

At the memorial, that sentiment was reiterated.

“If we take responsibility, as a community, as a state, a county, a state, we would not have our needy so needy that they’re in the street," said Yousef Miller of the Islamic Society of North County.

Craig Voss, 72, accused of killing the three men and injuring several others was placed under house arrest as he awaits his trial proceedings. Voss faces charges that include three counts of gross vehicular manslaughter, five counts of causing great bodily injury while committing a felony, and one count of felony DUI.

Voss pleaded not guilty to the charges and has his bail set at $1 million, but his attorney requested a bail review.