A group of concerned San Diegans urged the county Wednesday to declare a state of emergency in the South Bay because of constant sewage seepage into county waters.

The resident group called "Citizens Against Sewage" and San Diego State University (SDSU) students rallied outside the county's administration center in San Diego to call attention to a flow of sewage-polluted water from Mexico that consistently flows into the Tijuana River on the United States side of the border.

The group asked the Board of Supervisors to declare a state of emergency so that funding could be secured from the California Disaster Assistance Act (CDAA). The funding could then be used for immediate action to remedy the problem, the group said.

"The almost continuous dumping of toxic waste and sewage into the Tijuana River and under the border fence is a significant threat to public health," Citizens Against Sewage said in a statement ahead of the rally.

Several recent high-profile sewage spills have led to a lawsuit filed by the cities of Chula Vista, Imperial Beach and the port of San Diego against the International Boundary & Water Commission (IBWC), the agency responsible for preventing pollution in the Tijuana River Valley. The citizens group faulted the Board of Supervisors for failing to join the lawsuit.

The Tijuana River runs through Tijuana, Mexico from the southeast, crosses the U.S.-Mexico border just west of the San Ysidro Port of Entry and continues northwest to the Pacific Ocean. 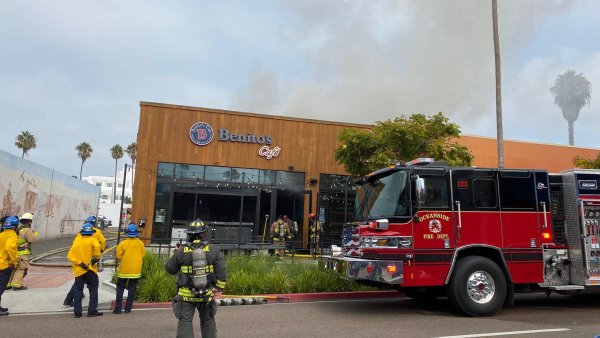 Tijuana's sewage management issues have recently become an item on the agendas of local and state politicians.

In late March,  a $4 million sewage and wastewater infrastructure improvement project along the Tijuana River was announced by the Director General of Mexico's National Water Commission (CONAGUA).

CONAGUA said that more than 3 miles of the "main collector" would be repaired, as well as waste plants, the electric substation, the engine's control system and the emergency power generators.

The commission said that the improvements will increase the collector's capacity to handle wastewater and guarantee an "adequate and secure" connection to connecting plants.

Work was scheduled to begin in early April.