The men who were shot in what authorities described as an unprovoked attack in the Gaslamp Quarter last week have been identified by the San Diego Police Department.

Justice Boldin, 28, was working as a valet at the Pendry hotel when he was shot on the upper body in a shooting by 32-year-old downtown San Diego resident Travis Sarreshteh, according to SDPD.

Authorities were notified of the violence at about 10:30 p.m. Thursday when locals reported hearing gunfire along the 500 block of J Street at Fifth Avenue. Sarreshteh encountered Boldin on J Street and confronted him.

More on the deadly violence. 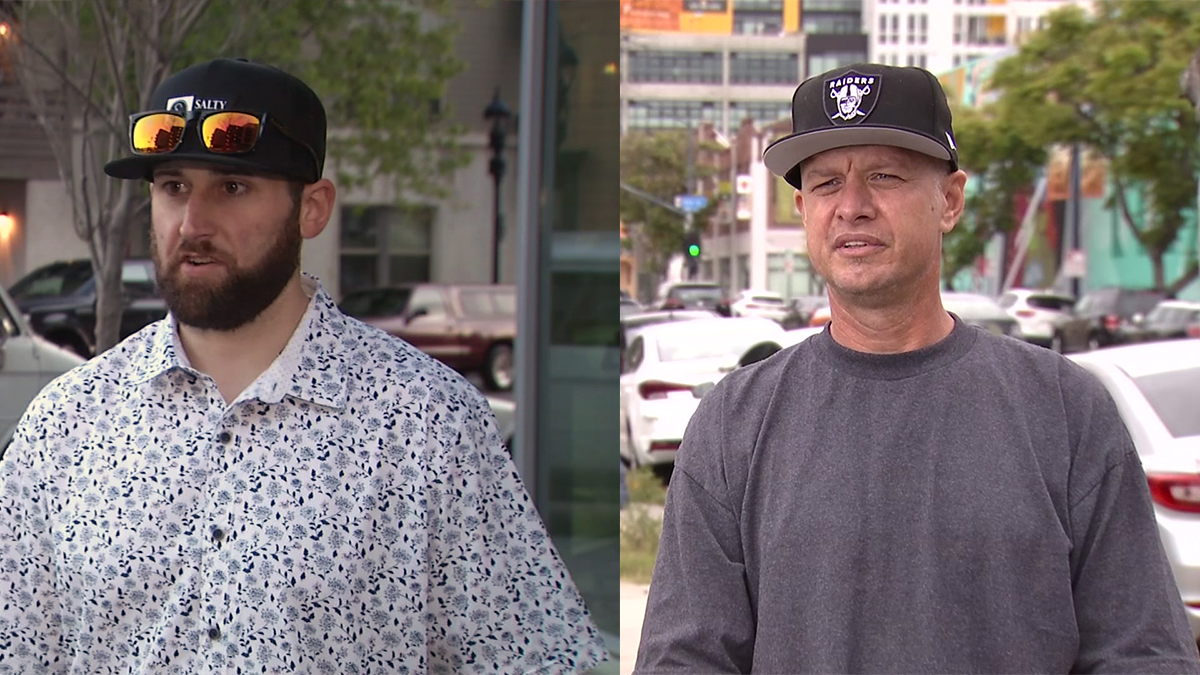 Unprovoked, Sarreshteh pulled out a handgun and shot the valet, according to SDPD. As the gunman began to walk away, he quickly turned around and fired again at Boldin, authorities said. The victim died at the scene.

Police had originally reported that there had been some sort of exchange between the gunman and the victim, but San Diego Police Department Chief David Nisleit said on Friday that was not the case.

"After reviewing security footage and speaking with witnesses, we do not have evidence of a verbal exchange between the victim and the suspect prior to the shooting as initially released," Nisleit said.

SDPD told NBC 7 residents can expect to see more officers in the area for the next several weeks. NBC 7's Dana Griffin.

Then, witnesses told police the suspect walked north on Fifth Avenue – up one block to Island Avenue – where he had an argument with a group of men. Brown said the suspect again began shooting, hitting four more victims at Fifth and Island avenues. Police said Friday that the victims were known to each other and were visiting from out of town.

All are expected to survive.

Two good Samaritans who heard the gunfire helped put a stop to the carnage by tackling the gunman, according to police. Justin Larrabee and Matthew McKeon -- who do not know each other -- sprung into action as the suspect walked away from the scene in a seemingly casual manner. The duo ran, tackled and held Sarreshteh down until police arrived at the scene.

One person was killed and four were injured when a gunman opened fire in the Gaslamp Quarter. NBC 7’s Amber Frias has the latest.

"It was the right thing to do," McKeon said. "He had just shot people right in front of me and at this point, I'm thinking if I don't follow him, there's no police following him, there's no one who will be able to tell who he is at the Gaslamp on a Thursday night where he could just be another face on the street."

Nisleit said the weapon Sarreshteh used in the attack was a 9mm "ghost gun," an unregistered or unserialized firearm. He was not cooperating with the police investigation and Nisleit mentioned that the suspect had invoked his 5th Amendment right.

The suspect faces charges that include one count of murder and five counts of attempted murder. He is scheduled to appear in court on May 3.

The investigation is ongoing. Anyone with information regarding the shooting is urged to call SDPD's Homicide Unit at (619) 531-2293. Anonymous tips can be made by contacting CrimeStoppers at (888) 580-8477.