San Diego Padres pitcher Joe Musgrove made history last week with the franchise’s first-ever no-hitter. This week, the hometown guy is making another mark, this time at the place where he went to high school.

Musgrove, 28, is an El Cajon native and 2011 graduate of GHS (Go, Foothillers!) where he, of course, played baseball.

with good reason, the school staff couldn't be more proud of the former Foothiller -- and, not only for his history-making accomplishment but also for the way he represents himself off the field.

"He’s an amazing representative of a great school and baseball program," said Principal Dan Barnes, who was the assistant principal in charge of athletics when Musgrove attended GHS. "One of my favorite things, though, about Joe… is that he regularly visits our campus because he truly cares about our student-athletes and our community."

"We’re so very proud of Joe making history for our city and the Padres with this no-hitter performance this last Friday.”

Joe Musgrove's old high school is honoring the pitcher for his historic no-hitter.

The mural – created by artists Paul Jimenez and Signe Ditona of Ground Floor Murals – shows Musgrove in his brown and gold Padres jersey.

Jimenez, who was also born and raised in San Diego, said the project came together quickly. In fact, the artists got a call from the Padres in the midst of Musgrove's performance.

“Their trust and faith in us just really means so much to us," Jimenez said. "So, for them to reach out to us even as the no-hitter was happening, to get ready and get in our car and get our paint ready to go. And, the next morning we started.”

Less than a week later, the mural was unveiled to excited San Diego Padres fans, including some of GHS's current baseball athletes.

The towering mural, painted on a brick wall, shows Musgrove, in mural form, celebrating. The words "MEANT TO BE" are written to the right.

And he’s certainly got a reason to celebrate.

On April 9, Musgrove – now known as “No-No Joe” – threw a historic no-hitter in a 3-0 win against the Texas Rangers -- 8,205 games after the Padres franchise was established. It was a huge moment for him, a historic moment for the Padres, and a proud moment for San Diego.

"If you talk to Joe, he’ll be quick to tell you that pitchers don’t throw a no-hitter in a vacuum. It's with a team behind him, and he sees this as a team accomplishment," Padres CEO Erik Greupner said at the mural unveiling. "Even though you see Joe on this mural -- and the significance of the hometown kid from Grossmont High doing something that had never been done before in San Diego, to the delight of our Padres fans – it’s a special story, but it’s also a team accomplishment.”

Musgrove made his MLB debut with the Houston Astros in 2016. After that, he played three seasons with the Pirates before being traded to his hometown team, the Padres, in January 2021.

Musgrove’s no-hitter was only his second start in the Padres uniform, No. 44.

Musgrove’s family lives in San Diego; his parents own Café Adesso in Alpine – which has been buzzing with business lately.

To learn more about Musgrove’s life and career, read this.

Greupner said the Padres home game on Friday, against the Los Angeles Dodgers, would have a special ceremony before first pitch to celebrate the no-no. Fans should arrive two-hours early to see the commemoration. 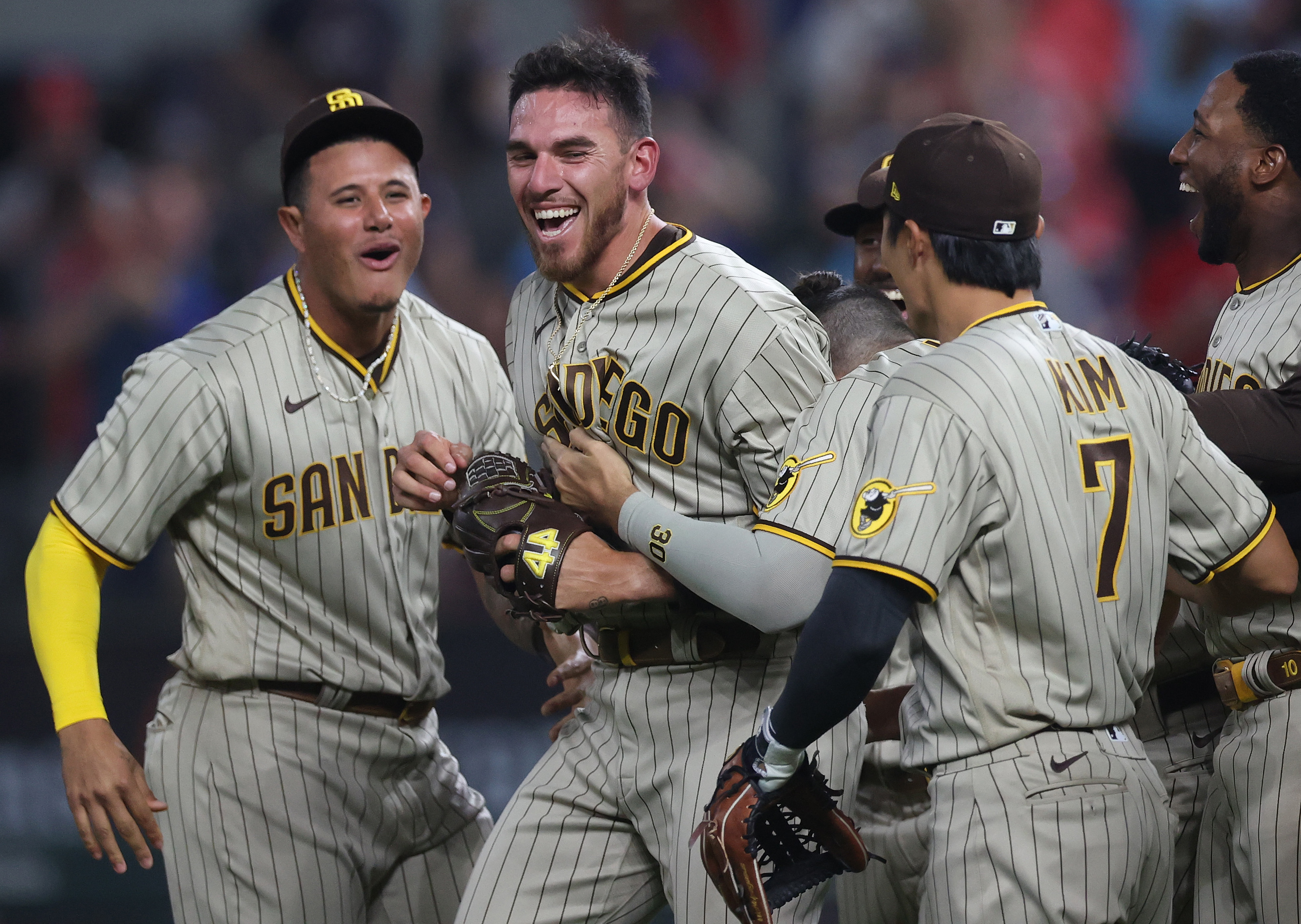 You can also catch up on all things Musgrove and the San Diego Padres with NBC 7’s SportsWrap team, Darnay Tripp and Derek Togerson, on their podcast, On Friar.