U.S. home prices jumped in August by a near-record amount from a year earlier, as Americans eager to buy a home drove up prices on a dwindling number of properties.

The S&P CoreLogic Case-Shiller 20-city home price index soared 19.7% in August compared with a year ago. That increase is just below July’s 20% jump, which was the largest gain on records dating back to 2000. Home prices are now at all-time highs in all 20 cities in the index.

As many struggle to find affordable housing, NBC 7's Artie Ojeda shows how some people are making a giant decision to move into a tiny living space.

Phoenix reported the biggest price increase among the 20 cities that make up the index, as it has for more than two years. Its home prices increased 33.3% in August compared with a year earlier. Home prices in San Diego jumped 26.2%, the second highest, and Tampa’s home prices rose 25.9%, the third-largest gain. 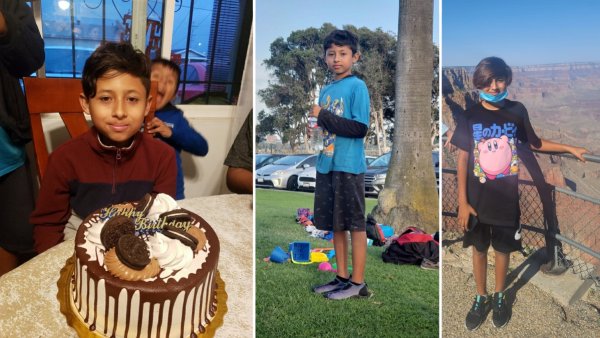 Home sales have been healthy for most of this year, spurred by an ongoing desire among many people for greater space to wait out the coronavirus pandemic. Mortgage rates have also been historically low, though they have risen in recent weeks, and many Americans have become wealthier since the pandemic as stock prices have moved steadily higher, enabling them to afford a new home.

There are signs that the rapid price gains of the past year are cooling a bit. August’s price increases, compared with a year ago, were slightly lower than in July, the first decline in annual price gains since June 2020. And price increases slowed in 12 of the 20 cities in the Case-Shiller CoreLogic index.

Mortgage rates rose to 3.1% last week, the highest since April, according to mortgage-buyer Freddie Mac.

That increase likely pushed more people to look for and buy homes, before rates move even higher. Sales of existing homes jumped 7% in September.

Potential buyers still have relatively few homes to choose from, with just 1.27 million houses on the market in September, down 13% in the past year. That’s pushed many buyers to move quickly.

Homes are typically selling within 17 days of hitting the market, according to the National Association of Realtors, and 86% of homes sold in September were on the market for fewer than 30 days.