Preview: What to See in San Diego Theater This Spring

Take a look at some of the most anticipated shows opening in San Diego this March to May, just in time for some Spring fun!

There's more than a couple must-see shows this spring in San Diego.

From an inventive musical about mariachi music to an immersive theater experience to a Broadway classic, here's a roundup of some of the theater you can't miss in San Diego this season.

March - April: American Mariachi
March 23 - April 29, 2018, Old Globe Theater
This spring, don't miss an inventive new world premiere musical by José Cruz González: "American Mariachi." The musical, set in the 1970s, follows Lucha, a woman caring for her ailing mother. As she looks to find a way to break the routine, Lucha comes up with a crazy idea: an all-girl mariachi band. It's a musical about family, freedom and taking big steps forward. Buy tickets here.

March - April: Beachtown
March 22 - April 15, San Diego Repertory Theater
The San Diego Rep's spring production will be an inventive and immersive theater experience. The play is set in Beachtown, a small community choosing what to put inside their time capsule. As an audience member, you'll be a member of Beachtown. You'll pick what goes inside the capsule, and your voice will be heard. It's truly immersive theater with a narrative built by the audience members, resulting in a different ending each night. The play is written by playwrights Herbert Siguenza with Rachel Grossman, two San Diego Rep favorites. They've had multiple shows at the theater, including "A Weekend with Pablo Picasso" and "Manifest Destinitis." Tickets here.

April: What Happens Next
April 19 - 29, Challenged Athletes Foundation (A La Jolla Playhouse Without Walls production in association with Cornerstone Theater Company)
In this La Jolla Playhouse-commissioned play, Bonnie, an idealistic but inexperienced acting coach, is paired with a group of veterans as part of a drama therapy program. The play is acted by a company of actors and San Diego veterans, many of whom shared their stories as playwright Naomi Iizuka put together the piece. Buy tickets here.

April - May: South Pacific
April 27 - May 27, San Diego Musical Theatre
Experience Richard Rodgers and Oscar Hammerstein II's beautiful musical about romance, duty and prejudice on an idyllic South Pacific island during WWII. All performances of the musical will be at the Horton Grand Theatre downtown. Tickets on sale here.

May: Avenue Q
May 18 - July 1, New Village Arts Theater (Carlsbad)
Everyone's favorite puppet musical gets another staging in San Diego, this time up north in Carlsbad. The show, winner of the Tony Awards for Best Musical, Best Book and Best Score, follows puppet Princeton as he moves into a new town and experiences all sorts of diversity around him. Just be warned if you go: the show contains strong language and mature themes, so it isn't appropriate for children. Buy tickets here. 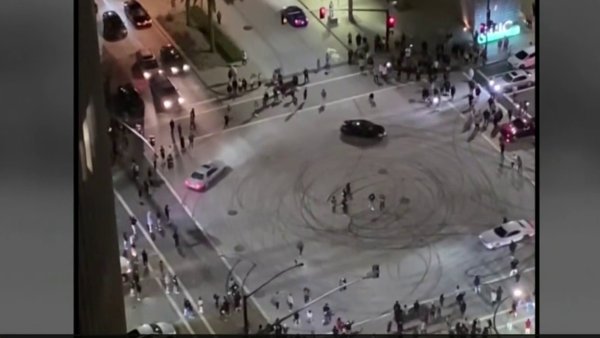 May - June: A Thousand Splendid Suns
May 12 - June 17, Old Globe Theater
The theatrical adaptation of Khaled Hosseini’s best-selling novel of the same name comes to Southern California this summer. The play tells the story of three generations of Afghan women in the war-torn neighborhoods of 1990s Kabul. Critics have hailed the play for its power and stunning staging. Buy tickets here.

May - June: Les Miserables
May 29 - June 3, San Diego Civic Theater (Broadway San Diego)
It's one of the most iconic musicals of all time and a must-see for any theater devotees. "Les Miserables" stops in San Diego to wrap up our spring season, fresh off its Broadway run. Alain Boublil and Claude-Michel Schönberg's Tony Award-winning musical features songs many know and love, including “I Dreamed A Dream,” “On My Own,” “Stars,” “Bring Him Home,” and “One Day More.” Buy tickets here.