A federal effort to accurately measure the scope of coronavirus infections in nursing homes in San Diego and across the country has proven to be a difficult task, leaving families and advocates without a clear picture

In the fight against the novel coronavirus, nursing homes have been considered a battleground that can’t be ignored. Inside, nursing home staff and administrators struggle to keep elderly residents — those most vulnerable to large outbreaks — safe. Outside, the loved ones of residents struggle to get accurate information from operators of long-term care homes.

That’s why in April 2020 the Centers for Medicare and Medicaid Services (CMS) announced a new “standardized nationwide surveillance system” on COVID-19 cases among staff and residents of nursing homes. The new policy requires nursing homes to report COVID-19-related illnesses and deaths to the Centers for Disease Control and Prevention (CDC) on a weekly basis.

Last week the CMS reported those figures for the first time, adding that the information would be relied upon to inform the next steps in combating the spread of infection and to ensure the safety of patients residing in America’s nursing homes.

But NBC 7 Investigates found that the CMS information released last week is filled with errors, incomplete data, and fails to provide a clear picture of COVID-19’s spread inside local nursing homes.

The CMS information reports another nursing home in El Cajon, Victoria Post-Acute Center, has had 43 deaths and 113 total cases, but its Executive Director told NBC 7 that those figures are not accurate.

“I am not sure if the error occurred in the reporting, the publishing, or somewhere in between, but I am sure that certain numbers in the [CMS data] are not accurate,” said Executive Director Colton Levar, adding that the real numbers for COVID-19 infections at his facility are 85 total cases among residents and staff, and a total of 15 residents whose deaths were most likely from the disease.

According to the CMS data, one nursing home in San Diego County reported more than 1,300 deaths, but when NBC 7 Investigates contacted the facility, one of its directors laughed at how inaccurate the information was. A director for Casa De Las Campanas said the facility doesn’t even house that many residents, and if the information was accurate their entire nursing home residency would have “died twice.” The facility has had no deaths from COVID-19 to date, according to the director.

The CMS reporting errors have even led the trade publication MedPage to call the surveillance system “insanely wrong” this week, following reports from nursing home facilities across the country.

NBC 7 sent a list of questions to the Centers for Medicare & Medicaid Services (CMS). On Thursday, a spokesperson for the agency did not answer questions directly but said the system is new and a work in progress.

“As with many of the agency’s new reporting programs, CMS expected that the precision of the data would need to be refined over time,” a spokesperson said. “The data makes clear that nursing homes in the U.S. were significantly impacted by the COVID-19 pandemic... most facilities were able to use existing resources and guidelines to keep residents safe, while some, unfortunately, experienced the devastating impacts of COVID-19.”

When officials with the CMS launched the “first-ever standardized national surveillance system," some of its employees acknowledged that there may be “honest errors” in the data but that in an effort to be as transparent as possible, they wanted to release it first and fix issues as they arise.

Immediately, journalists raised questions about discrepancies between the CMS figures and the figures from individual state and local health departments. At the time, officials with the CMS said their information was considered the “national standard way.”

San Diego County does not report COVID-19 infections in local nursing homes, leaving advocates for nursing home reform and the families of residents to rely on state and federal reporting.

But enforcement of the new federal regulatory requirements for nursing homes has proven difficult. For example, a loophole in the federal mandate prevents federal agencies from requiring nursing homes to report past figures.

That reporting loophole was confirmed by NBC News out of Washington, D.C., after the outlet obtained a memo from the CMS which informed long-term care facilities that "there is no requirement in the rule to collect older data."  In doing so, COVID-19 deaths that occurred in March and April may have gone unreported.

A CMS agency spokesperson said it encourages nursing homes to provide full reports, including past case figures, as a way to help with its surveillance of infections and response to the pandemic.

In addition to reporting inaccurate figures, NBC 7 found at least 22 San Diego nursing homes that haven’t reported any information on COVID-19 cases among residents and staff.

One facility that did not report any information to CMS is the Windsor Gardens Convalescent Center in National City, which according to state data has reported 16 residents dying and 76 residents and staff testing positive for COVID-19.

NBC 7 asked the Windsor Convalescent Center why it hadn’t reported any figures, but the facility did not respond. In a previous statement to NBC 7, the facility said it was adhering to all federal and state recommendations, and that its “mission is to be hypervigilant” when it comes to COVID-19 safety.

Advocates for nursing home reform tell NBC 7 that residents and their families have suffered from a lack of communication regarding COVID-19 outbreaks.

“It is of course important to have accurate information,” said Tony Chicotel, an attorney with the California Advocates for Nursing Home Reform. “A lot of state and local leaders and resident advocates use the data to identify facilities in need of help and direct resources accordingly. Inaccurate data leads to mismatched resource allocation.”

Nursing homes across the country are also facing other battles in the fight against COVID-19. Staffing shortages and a lack of personal protective equipment inside the homes are also major problems for long-term care facilities throughout the country.

The new federal mandate requiring facilities to report on supplies and staffing levels shows the uphill battle for many homes.

In a statement to NBC 7, a spokesperson for the CMS said the agency is contacting nursing homes that it feels reported information inaccurately and still has plans to rely on the data moving forward to address COVID-19 outbreaks.

“CMS is alerting nursing homes when their submitted data does not pass our quality checks to enable them to review their CDC submission instructions and make further refinements,” the statement reads. “Moving forward, CMS, along with our federal, state, and local partners, will use the information provided by facilities to inform next steps and ensure the safety and security of patients residing in America’s nursing homes.”

LISTEN: Order Up: Restaurants Scramble To Reopen After Two-Month Closure 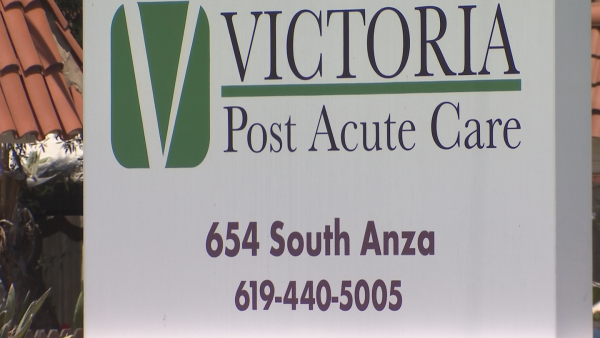