The jewelry store surveillance tape central to the felony theft case against actress Lindsay Lohan has been sold by the store to a company that licensed it to Entertainment Tonight, which plans to air it Monday.

RadarOnline reported the sale and noted that making the tape public could complicate the case against the actress.

According to the website, ET will broadcast the surveillance video Monday.

Homeless Youth Will Have Art Displayed For Annual ‘All Peoples Celebration’ 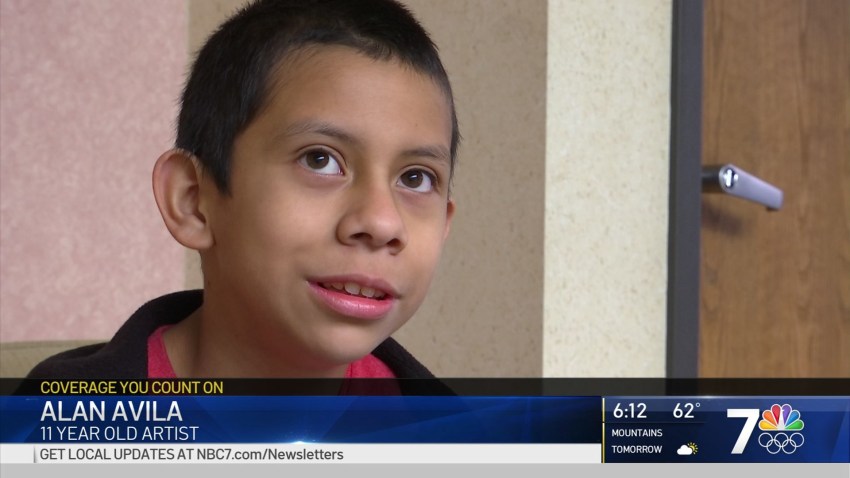 Young Boys Art to be Featured At MLK Breakfast Celebration

Lohan is accused of felony grand theft for allegedly stealing a necklace valued at $2,500 from Kamofie & Co. near her new home in Venice.

Lohan is due back in court on Thursday, when she must decide whether to accept a plea deal or go to trial.

In a hearing Feb. 23, Los Angeles Superior Court Judge Keith L. Schwartz told the 24-year-old actress that, “If you plead in front of me ... you are going to jail ... Again, there is going to be jail time in this case. The issue is what it is.”

Prosecutors have offered a plea deal of three to six months in prison for a guilty plea, but citing a source “close to Lohan,” TMZ reported she is rejecting any deal that involves time in prison.

ET stated on its website that it has “exclusive photos of Lindsay Lohan taken from actual surveillance camera footage.”

According to ET, “the Hollywood star is clearly visible in the photos, which show her shopping around the store and trying on jewelry pieces.”

Lohan denies she stole the necklace, saying she borrowed it.

The day after she was charged, she left a message on her Twitter page, saying, “fyi- i would never steal, in case people are wondering. I was not raised to lie, cheat, or steal.”

Lohan, who remains on probation from a 2007 drunken driving case, talked to Extra earlier this week and said she is focusing on her recovery from substance abuse.

“I feel great. I feel happy,” she said in the interview that was broadcast Tuesday. “There's always, you know ... bumps we have in the road.

“As long as I'm focusing on the one thing that I know I need to put first in my life, which is my recovery and stuff, then I'm doing good and that's most important to me,” she said.

In addition to her other legal problems, Lohan is under investigation by police in Riverside for allegedly assaulting an employee at the Betty Ford Center, where she was undergoing rehab until Jan. 3.