The Ocean Beach Pier was closed Wednesday amid high surf conditions that could bring waves of up to 14 feet to San Diego County.

The National Weather Service issued a high surf advisory from 10 a.m. Wednesday to 10 p.m. Thursday as waves from San Diego through the Los Angeles area are expected to average 6 to 12 feet.

The strong surf will build "as the tail end of a big weather system centered well to our north tries to swing into Southern California," NBC 7 Meteorologist Sheena Parveen said.

Surf was expected peak along San Diego's coastline Wednesday afternoon and gradually subside after Thursday morning, Parveen said. The strongest surf will be at beaches south of Del Mar. 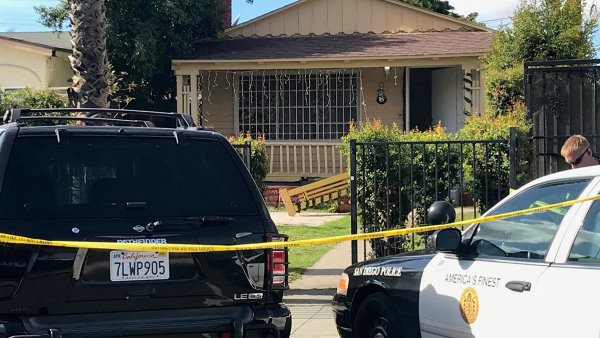 Sheena Parveen's AM Forecast for January 9, 2019

"What you can expect with this is building surf as we go through about noon, into the afternoon and especially into the evening [Wednesday],” Parveen said in NBC 7's First Alert Forecast.

During this period, high surf and strong rip currents could create dangerous conditions for swimmers and cause minor coastal flooding and erosion, according to the NWS.

"Even when you do see the word advisory, take that seriously. Even advanced swimmers are having a tough time out there," said NBC 7 Meteorologist Dagmar Midcap.

One man was caught in the jetty in Ocean Beach just before 2 p.m. Wednesday, leaving him unconscious and not breathing.

Officials said he was trying to rescue his dog from the dangerous waters.

A man became caught in the jetty trying to save his dog from big waves in Ocean Beach. NBC 7's Llarisa Abreu has more.

"Know your limitations,” San Diego Lifeguards Sergeant Bruce Jamieson advised. “If you’re not comfortable in the water, don't go in the water on a day like today.”

San Diego Fire-Rescue lifeguards closed the Ocean Beach Pier Wednesday morning as waves began spraying into public areas, creating safety concerns for those walking along the pier, according to the agency.

The pier would remain closed through the high surf advisory and would only reopen when lifeguards determine dangerous conditions have subsided, SDFD said.

A small craft advisory will also be in effect Wednesday through 10 p.m. Thursday for boats off San Diego's coast due to hazardous conditions.