The suspect apparently knew at least one of the victims. NBC 7’s Mari Payton has the latest on the shooting.

Aghdam has a robust presence on YouTube. In a video posted in January 2017, she says YouTube “discriminated and filtered” her content. In the video Aghdam says her channel used to get lots of views but that after being filtered by the company, it received fewer views. In a Facebook post from February 2017, Aghdam blasted YouTube saying, “There is not equal growth opportunity on YouTube.”

The NBC Bay Area Investigative Unit learned the license plate on a car towed from YouTube’s campus Tuesday is registered to Aghdam.

The San Bruno Police Department (SBPD) said at this time, there is no evidence that the shooter knew any of the victims or that any of them were specifically targeted.

Police said that they received numerous 911 calls regarding gunshots near the area of Cherry Avenue and Bay Hill Drive in San Bruno around 12:46 p.m. They responded to the scene within two minutes.

The 911 emergency call describes the first minutes of the scene: "From one of the witnesses coming in, they identified a female in a white shirt. That's the one we have down in the center court area with the gunshot wound in the chest," an officer can be heard saying. Another officer responds: "So confirming she is the suspect." 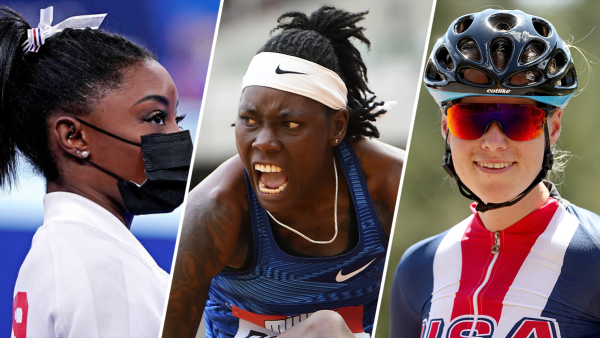 5 to Watch at the Tokyo Olympics Day 11: Gymnastics

The first officer replies: "Affirmed, that's what we are told. There is a handgun about 20 feet to the south of her."

Television news footage showed people leaving the building in a line, holding their arms in the air for police to inspect as they went by. Officers patted down people grouped outside, and police vehicles surrounded the area.

A local economic study estimates 40 percent of construction costs in the county are due to regulations. To what extent could unwarranted red tape be cut? NBC 7’s Gene Cubbison is joined by Matt Adams and Bruce Reznik to discuss.

On Twitter, YouTube employees reported hearing multiple gunshots inside the campus, using the hashtag "#YouTubeShooting." A few were live tweeting what they saw while they were hiding in their offices.

"I am hiding barricaded holy s__," tweeted an employee with the Twitter handle @_lilchen.

"I got evacuated outside with my hands up. I’m with other people. I don’t think the shooter’s been found that I know of. I saw blood drops on the stairs I walk up everyday. I’m shaking. This is surreal. I hope my colleagues are okay," she tweeted a few minutes later.

Law enforcement agencies across the United States have ramped up security for the 4th of July holiday and in San Diego, the U.S. Coast Guard, Harbor Police and other officials are prepared.

Workers in offices close to the YouTube headquarters reported “closing blinds, keeping quiet” as police are nearby.

A person with the first name "Erin: live-tweeted as SWAT teams descended on the YouTube office.

"There is a shooting - people are running out of the building with their hands up. I can’t believe I am watching this," she tweeted.

She described a chaotic scene with ambulances in front of the building, sirens everywhere and police officers with rifles.

"We are seeing @YouTube employees being brought out with hands up!" one of her tweets said.

YouTube product manager Todd Sherman tweeted that he was sitting in a meeting when he heard people running "because it was rumbling the floor. First thought was earthquake."

"After exiting the room we still didn’t know what was going on but more people were running. Seemed serious and not like a drill," he tweeted. "We headed towards the exit and then saw more people and someone said that there was a person with a gun. S___."

"At that point, every new person I saw was a potential shooter. Someone else said that the person shot out the back doors and then shot themselves," Sherman's next tweet read. "I looked down and saw blood drips on the floor and stairs. Peaked around for threats and then we headed downstairs and out the front."

A YouTube employee who was inside the building spoke to NBC Bay Area and said he was getting back from lunch when the fire alarm went off. He said he heard a couple of gunshots and heard a woman yelling and cursing "like she was mad."

Marco Tartaglia, who works at a Walmart near the complex on Cherry Street, told NBC Bay Area he heard about 15 shots “from the direction of the YouTube building, from what sounded like inside.”

“We heard the shots first, and that immediately drew us over to the window to see what the heck’s going on, and next thing you know, you see people streaming out just running, dozens of them, just running out the front exit,” Tartaglia said.

President Donald Trump said he has been briefed on the situation. "Our thoughts and prayers are with everybody involved," he said.

Sen. Dianne Feinstein tweeted out: "My stomach sinks with yet another active shooter alert. I’m praying for the safety of everyone at YouTube headquarters."

The YouTube campus is a small one compared to that of its parent company, Google.

"This is a terrible day in the United States, when once again we have a multiple-casualty situation that has confronted us," Andre Campbell, a surgeon at Zuckerberg San Francisco General Hospital, told reporters.

Tim Cook, Jack Dorsey and Google CEO Sundar Pichai all tweeted out statements in support of the victims.

"There are no words to describe the tragedy that occurred today. @SusanWojcicki & I are focused on supporting our employees & the @YouTube community through this difficult time together. Thank you to the police & first responders for their efforts, and to all for msgs of support," Pichai tweeted.