The U.S. Border Patrol is being asked by Congressman Scott Peters to explain the role its agents play in running a firing range near the community of Rancho San Pasqual.

Peters says he’s “concerned because this is not an official U.S. Border Patrol training range, yet citizens are reporting that agents claimed they were training in their official capacity.”

Our initial NBC7 stories reported how the Freedom Fighters Foundation started by a USBP agent and his wife, among others, own the property where the private range is located. 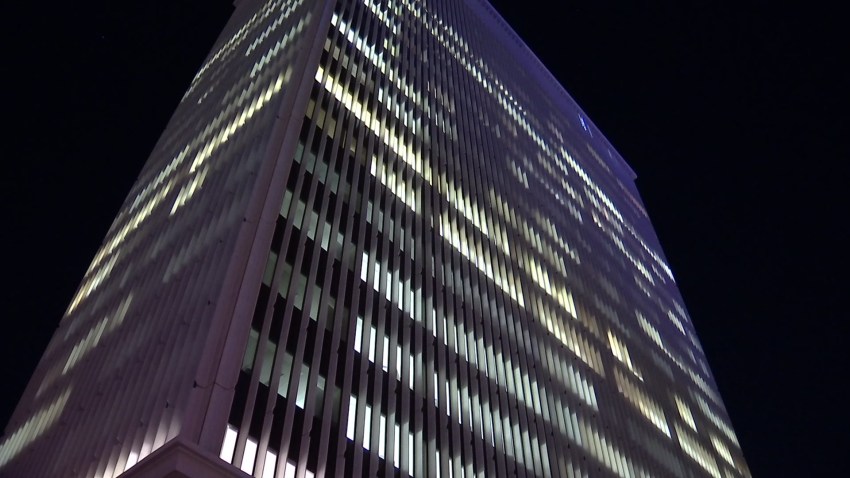 Peters asks in a letter copied to NBC 7 Investigates, “Why are agents training on this private property?”

He also wants to know if the agents took any precautions at the range and if not, “I would like a full investigation conducted to determine if Border Patrol Agents portrayed themselves in an official capacity while using this range strictly for personal use during a red flag warning.”

Our previous story reported how San Diego County sheriff’s deputies arrived at the range during the Lilac Fire, a Red Flag Day, to convince the shooters to stop.

The shooting range activity was taking place while several miles north of the firing range, evacuations were occurring in the fire zone, and high winds were expected for that evening.

The deputies convinced the shooters to stop using the range for the rest of the day.

Bordon is later described as "his supervisor guy."

NBC7 Investigates’ earlier stories told how neighbors described their attempts to stop the shooting during other Red Flag Days and how they were rebuffed by men identifying themselves as Border Patrol agents.

The Congressman’s letter points out the 2007 Witch Creek Fire happened 12 miles east of the range, and the 2003 Cedar Fire started approximately 30 miles southeast of the range.

Attorney Robert Wright, representing the Foundation, says in a letter to NBC 7 Investigates no laws have been broken, that the nonprofit 501c3 operates the private range and it’s “located in an area of the County where shooting is legal and allowed” and in compliance with all county safety regulations.

Wright will not further identify who is representing only that it’s for the foundation on behalf of one unnamed individual.

“The Foundation shares the concerns of everyone with regard to fire hazards,” he said, “and makes sure the targets in the shooting area are cleared of brush and any other flammable materials. No officially sanctioned Border Patrol training or any other type of official agency training occurs on the private target shooting area. The Foundation has no agreements with any department or agency but supports the men and women who risk their lives every day to keep the nation safe. The Foundation frequently hosts individuals from law enforcement, firefighters, and other emergency responders on their personal time.”

Our investigative team found the sheriff’s department has records of another shooting range located near the current range. It resulted in a cease and desist order dated February 2013 by that agency.

It is addressed to Mr. Alexander Djokich, named as the manager of the unnamed range.

He is the same USBP agent who spoke with sheriff’s deputies during the Lilac Fire. We attempted to speak with Djokich. He declined to talk to us.

The sheriff’s order says after an “investigation and consultation with the Department of Planning and Land Use, this activity (shooting) requires a Major Use Permit."

It tells Djokich to “cease and desist your operation immediately.”

Djokich faced both civil and possible criminal citations for the violations.

Asked about the cease and desist order, attorney Wright points out this occurred before the Freedom Fighters Foundation was created.

We did locate and speak with the owner of the land, Sudheer Chhabra of Orange County. He tells NBC7 Investigates that Agent Djokich never had permission to use his property as a firing range.

He says when he asked Djokich why he used the property without his permission, Chhabra says the agent replied, because “you aren’t using it.”

Chhabra tells us he had to pay San Diego County for unapproved grading that was done on his property.

For the record, the cease and desist order was also addressed to the Serbian Orthodox Diocese of Western America.

We spoke to Fr. Milovan Katanic who knows Djokich.

He told us he wasn’t with the diocese at the time of the sheriff’s department order but was aware a portion of the church’s property was used for the firing range.

The church’s land is near both of the firing ranges in question.

There is a small monastery on the property which, according to Father Katanic, is used for retreats. He says Agent Djokich promised not to use the firing range when the monastery is in use.

In previous stories, the Border Patrol and ATF acknowledged NBC7 investigative reports about the range and surrounding property and said they were considering further action.