A vegetation fire that ignited east of Julian in the Shelter Valley area exploded in size and spread to more than 5,000 acres by Monday driven by strong winds that refused to let up.

Cal Fire San Diego and Anza-Borrego firefighters had the fire about 25% surrounded by 2 p.m. Sunday -- when Cal Fire officials updated information about the blaze on Monday morning, that number had not increased. At least three structures had been destroyed, Cal Fire said.

On Sunday night, they said the fire had grown to 6,000 acres, but on Monday morning, Cal Fire officials revised the acreage of the Southern Fire down to 5,184 acres, attributing the reduction in size to better mapping of the area. 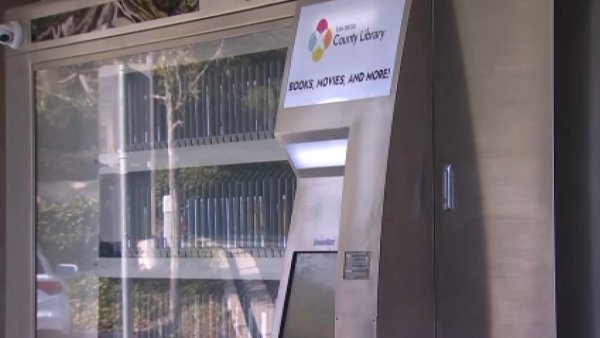 The Southern Fire first sparked at around 4 p.m. Saturday on Great Southern Overland Stage Route south of state Route 78, in an area known as Shelter Valley, which is west of Anza-Borrego State Park.

Within two hours the wind-driven fire had grown to somewhere between 800-1,200 acres.

But flames grew out of control overnight Saturday as winds ramped up to the 40-60 mph, pushing the fire to scorch at least 2,900 acres by Sunday morning. Cal Fire said the fire was burning eastward toward Imperial County.

"We're not going to see much relief from the wind until [Monday]," Egger said. "This is going to drive all the smoke from the fire off to the east."

The good news, Egger added, was that relative humidity was increasing.

The near Anza-Borrego State Park was driven by strong winds overnight.

About 500 residents in the area near were evacuated Saturday evening, the San Diego County Sheriff's Department said.

An evacuation warning was issued for the community of Shelter Valley and the Butterfield Ranch campground was under evacuation orders, SDSO said.

Those evacuated were sent to Agua Caliente Campgrounds on 39545 Great Southern Overland Stage Route, where the Red Cross of San Diego and Imperial Counties had set up a temporary evacuation site.

Evacuated animals were being sheltered at Vallecito County Park, which is at 37349 Great Southern Overland Stage Route.

Cal Fire said at noon on Monday that evacuation orders for Butterfield Ranch and the surrounding community were lifted. Additionally, road closures along S-2 were also been lifted while firefighters worked in the area, so drivers were urged to proceed cautiously.

NBC 7's Omari Fleming has the latest on the fire burning in the east county near Anza-Borrego Desert State park.

The San Diego County Office of Emergency Services said the Southern Fire was affecting air quality to the east of the mountains.

The department said smoke was blowing into the southern portion of Anza Borrego State Park. They recommend if you smell smoke, to limit physical and outdoor activity. Stay indoors as much as possible, especially those with respiratory or heart disease, the older population, and children.

Areas to the west of the mountains will not be heavily impacted.