With approximately 500 brew-focused events over the span of 10 days, San Diego Beer Week aims to highlight the “collaborative spirit” of the industry

With pints aplenty, San Diego Beer Week returns Friday, showcasing the craft beers, breweries and tasting rooms that have made the industry an important part of the culture in America’s Finest City.

Now in its 8th year, San Diego Beer Week (SDBW) goes down over a span of 10 days – from Nov. 4 through Nov. 13. The celebration is organized by the San Diego Brewer’s Guild (SDBG), a group founded in 1997 that works to champion the craft beer movement and locally-brewed suds. 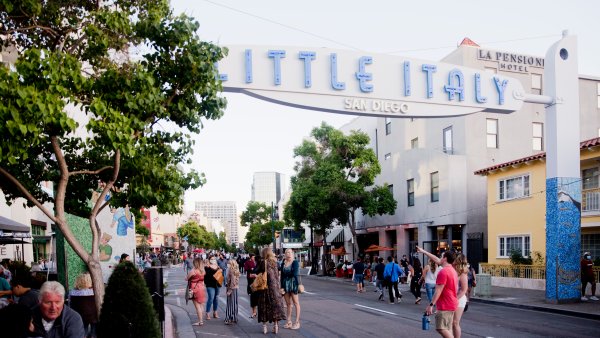 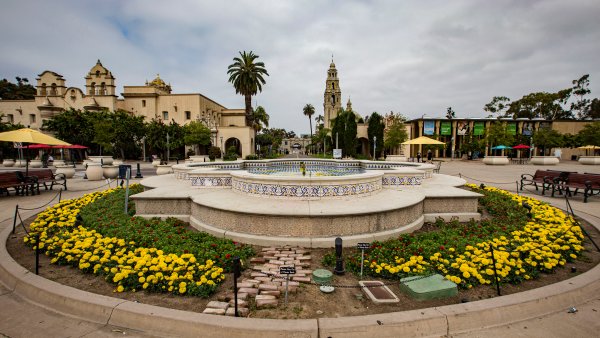 “Everybody’s got something going on. I recommend everyone start talking to their local brewery about it – find out what’s going on – because there’s a lot to do in those 10 days and you have to make sure that you have a plan,” said Davidson.

Festivities begin on Nov. 4 with the Guild Fest: VIP Brewer Takeover at the Port Pavilion on Broadway Pier in downtown San Diego, an event that will highlight some of the rarest specialty beers made by local breweries. The sips will be paired with bites served by local restaurants.

“We feature 70 local brewers, which is going to be the most there have ever been at [this event], and they bring their most rare, special, exciting beers to share with a more intimate crowd,” Davidson explained.

The following day, on Nov. 5, a larger-scale event – the San Diego Brewers Guild Festival – takes over that same location. Davidson said festival will include sudsy samples from local breweries, too, plus food vendors and educational, 30-minute sessions on craft brewing from the craft beer programs at San Diego State University and UC San Diego. Local musicians will provide live entertainment. To buy passes to this fest, click here.

“The whole collaborative spirit of San Diego beer is just very much alive,” said Davidson, of the many activities happening throughout Beer Week.

The 10-day beer bash concludes on Nov. 13 with a Beer Garden party on the Arroyo Terrace of The Lodge at Torrey Pines. Davidson said that event will feature pours from 28 breweries and dishes created by 14 local chefs.

“We take 14 local chefs, pair them each with two local breweries, and your whole afternoon is spent on the lawn at Torrey Pines, just closing out the week enjoying pairings from some of our best breweries and some of our best chefs,” she explained.

Starting at 11 a.m. that day, Benchmark Brewing will sell flights of their stout brews – Oatmeal Stout and Here’s Your Damn Stout, both spiked with coffee – plus cold brew from WestBean Coffee Roasters, which will be available on nitro. The sips will be expertly paired with doughnuts from the nearby business, Donut Panic. The flights at this event cost $12; doughnuts pairings cost extra.

Davidson said the roasting notes from the stouts will complement the coffee and the sugary sweetness of the pastries. Again, she said these unique SDBW events are meant to encompass the “collaborative spirit” brewing in the craft beer industry.

“You’ll see that around the county – lots of partnering between coffee shops and pastries. It’s just really exciting; it’s something a little different that gets you thinking outside the box,” she added.

Davidson said there are currently 129 breweries that are members of the San Diego Brewer’s Guild. The group also has 350 “members at large,” which includes the pubs, restaurants and bars that support the craft beer industry.

She said the best part of the craft beer growth in San Diego is what the industry has done to bring neighborhoods together.

“At its core, beer is something that has transcended time and place and culture and civilization. The pub has evolved into the tasting room – that’s the center of the community,” she explained.

Davidson said that, at this point in the craft beer game, almost every community in San Diego is home to top-notch breweries.

“Put the map out and drop a pin. Wherever you go, whatever you want to do, you’re going to find people that are working together, that are making great beer, using local ingredients, and I think that’s really special,” she said.

And, while 20 new breweries have opened in San Diego in just this year alone, Davidson thinks there’s still room for the industry to flourish.

“If everyone is ‘eyes to the sky – I’m going to be a big production brewery’ then that might change whether or not there’s room for everybody. But if everybody is focusing on making small, high-quality beer for their neighborhood, I think that there is room for everybody,” she said.

To learn more about SDBW and find events happening at your favorite craft breweries, visit this website.