To the surprise of no one, the 2009 NHL Official Record Book and Guide doesn't have an entry for "Consecutive Games with a Fight -- Regular Season."

"Fastest Three Assists?" Gus Bodnar with three in 21 seconds for the Chicago Blackhawks in 1952, of course. Stuff you really care about? Tough noogies, knuckle-dragger. 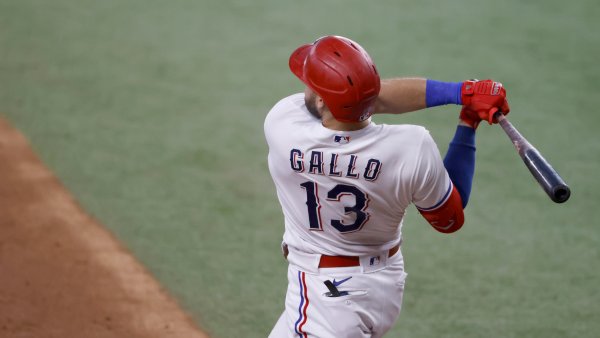 Whatever that fighting record is, it's being assaulted by an unlikely player: All-Star defenseman Shea Weber of the Nashville Predators.

He had one fight in his first 60 games this season; last night's slugging of R.J. Umberger of the Columbus Blue Jackets gives him three in his last three games. Fights take a lot out of a player; as Weber has shown, it helps when you dominate them.

What started as a scrum near goalie Pekka Rinne turned into a full-blown fight, with Weber the clear winner:

Nashville won the game 4-2 (more on that later), and Weber was a plus-1 in 21:35. A Norris Trophy dark-horse since early in the season, Weber's 12th in scoring by defenseman. Naturally, Barry Trotz digs the leadership; but seeing one of his stars dropping the mitts with such frequency is also a pain in the neck ... well, if he had one.

"Three in three games ... yeah, I'd probably not like him to fight as much," Predators Coach Barry Trotz said. "At the same time, he's showing lot of leadership and emotion and nobody's taking advantage of any of our guys right now."

Coming up: The other two fights in Weber's streak and a word about Jackets/Preds.

Here is Weber's fight from March 3, against Jason Strudwick of the Edmonton Oilers. While this one came closest to being a loss for Weber, the pugilism enthusiasts of HockeyFights.com called it a draw with a slight edge to the Predator. (What we wouldn't give for a Nashville alternative jersey with this on it.)

Finally, here's Weber from that 8-0 drubbing of the Detroit Red Wings. Andreas Lilja took out some frustration on Weber; we're guessing it will be the last time he does. Does anyone else hear the "Punch Out!" arcade announcer: "Upper cut, upper cut!"

Please note that Weber also has six points in his last six games, which are all wins for Nashville.

We felt that Nashville needed to add some offensive at the deadline, and failed to do so. But there's an easy way for the Predators to prove us, and every other cynic, incorrect: Just do what they did in last night's win over Columbus. Sure, Steve Sullivan scored the definitive goal from Jason Arnott; but Vernon Fiddler, Ryan Jones and Martin Erat had the other tallies, with assists from guys like Antti Pihlstrom and David Legwand.

If Nashville gets that kind of secondary scoring going forward, then standing pat at the deadline won't hurt them. But again: This is an easy assessment to make when the team's on fire; if a slump hits, are they more than just the Arnott line?

For Columbus, which played last night without Antoine Vermette, here's the issue: Steve Mason had given up three or more goals in eight of his last 13 games; before that, he did it in just six of 16. By no means should last night's loss be pinned on him, and the Blues Jackets are where they are because of the kid; but can he still drag them across the finish line?