A draft opinion suggests the U.S. Supreme Court could be poised to overturn the landmark 1973 Roe v. Wade case that legalized abortion nationwide, according to a Politico report released Monday.

Chief Justice John Roberts confirmed the authenticity of the draft Tuesday, while noting that he has ordered an investigation into the leak.

A decision to overrule Roe would likely lead to abortion bans in roughly half the states and could have huge ramifications for this year's elections. But it's unclear if the draft represents the court’s final word on the matter — opinions often change in ways big and small in the drafting process.

Whatever the outcome, the Politico report represents an extremely rare breach of the court’s secretive deliberation process, and on a case of surpassing importance.

“Roe was egregiously wrong from the start,” the draft opinion states. It was signed by Justice Samuel Alito, a member of the court’s 6-3 conservative majority who was appointed by former President George W. Bush.

The document was labeled a “1st Draft” of the “Opinion of the Court” in a case challenging Mississippi’s ban on abortion after 15 weeks, a case known as Dobbs v. Jackson Women’s Health Organization.

The court is expected to rule on the case before its term ends in late June or early July. 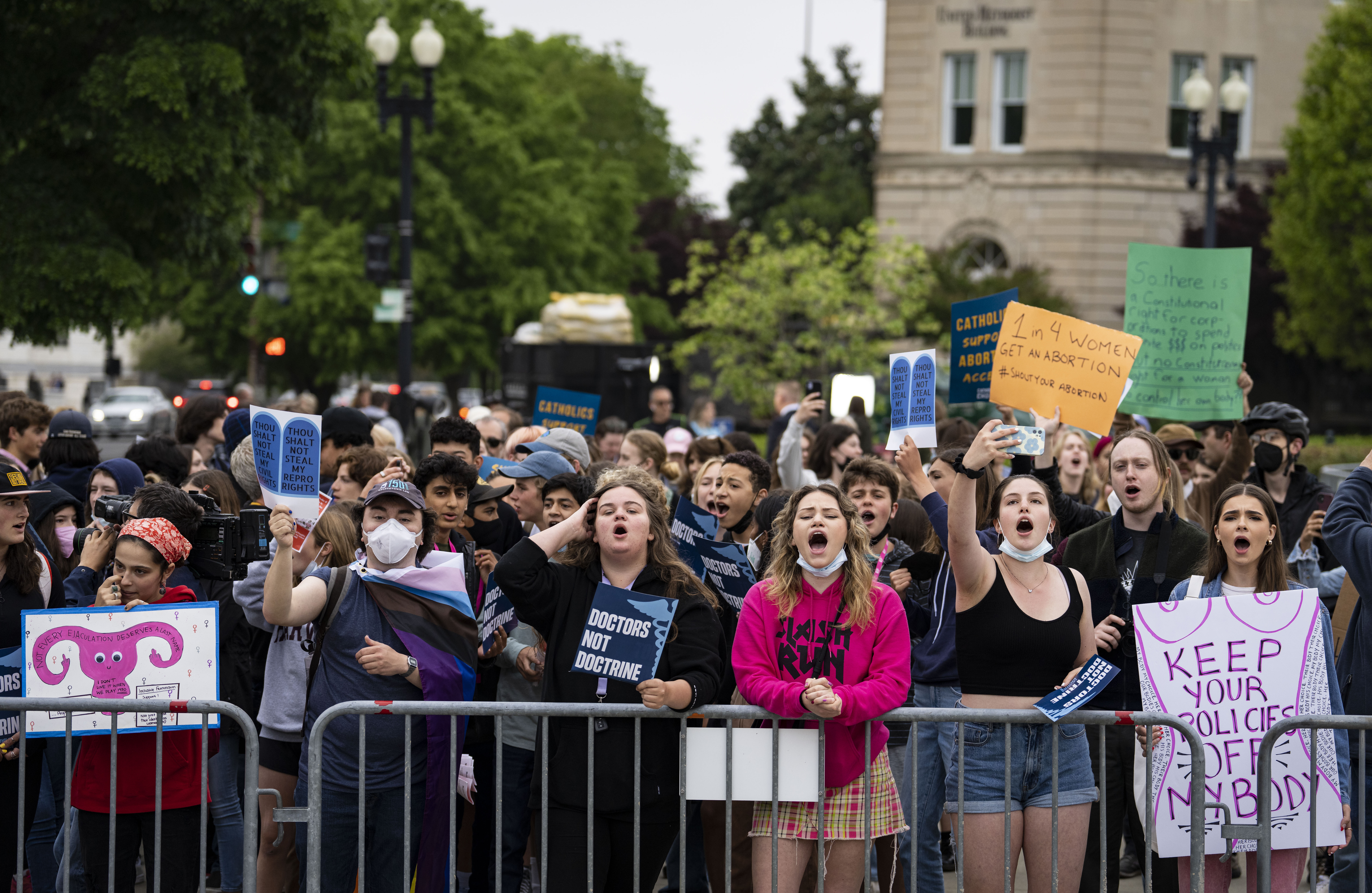 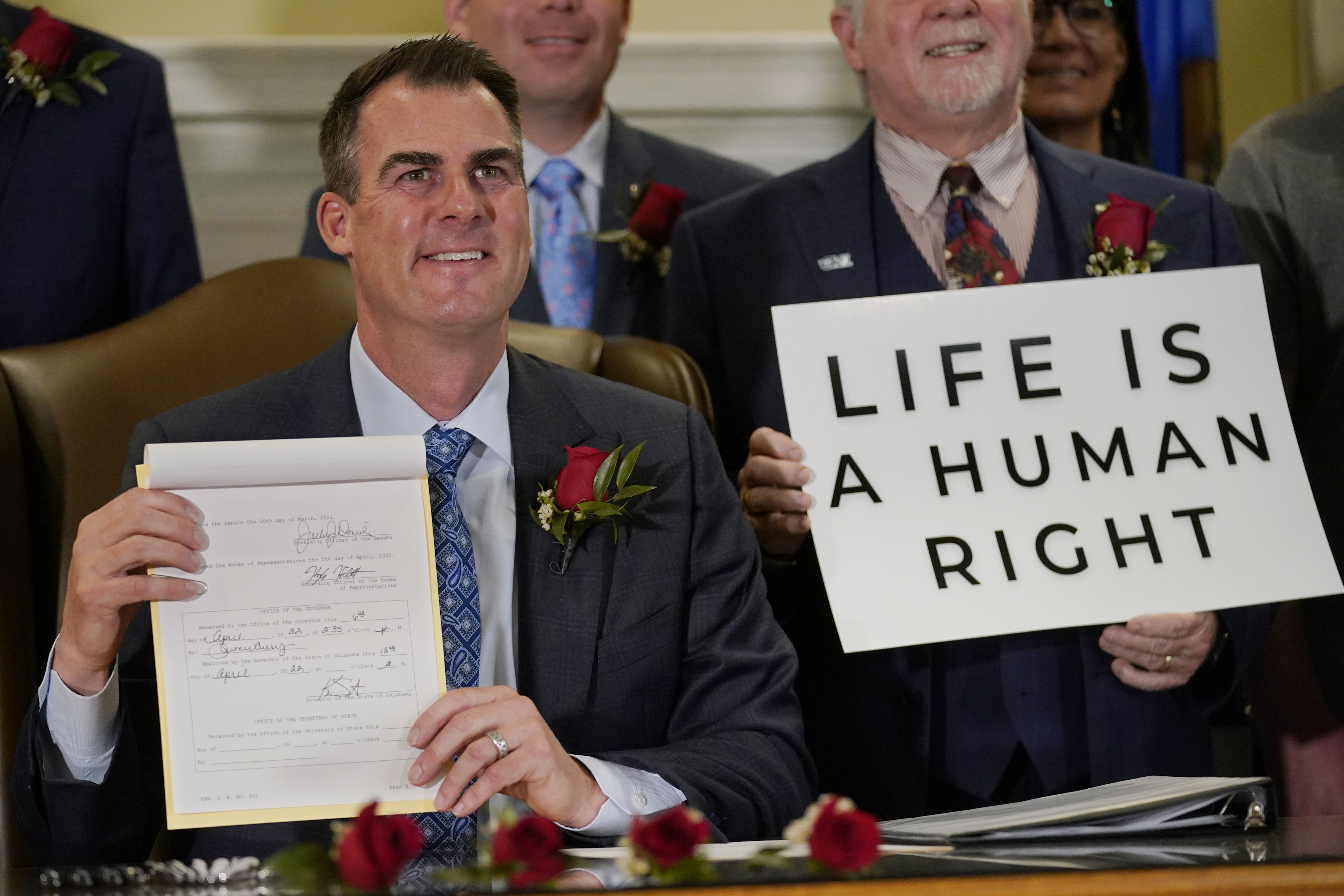 The draft opinion in effect states there is no constitutional right to abortion services and would allow individual states to more heavily regulate or outright ban the procedure.

“We hold that Roe and Casey must be overruled,” it states, referencing the 1992 case Planned Parenthood v. Casey that affirmed Roe’s finding of a constitutional right to abortion services but allowed states to place some constraints on the practice. “It is time to heed the Constitution and return the issue of abortion to the people’s elected representatives.”

Politico said only that it received “a copy of the draft opinion from a person familiar with the court’s proceedings in the Mississippi case along with other details supporting the authenticity of the document.”

The draft opinion strongly suggests that when the justices met in private shortly after arguments in the case on Dec. 1, at least five voted to overrule Roe and Casey, and Alito was assigned the task of writing the court's majority opinion.

Votes and opinions in a case aren't final until a decision is announced or, in a change wrought by the coronavirus pandemic, posted on the court's website.

The report came amid a legislative push to restrict abortion in several Republican-led states — Oklahoma being the most recent — even before the court issues its decision. Critics of those measures have said low-income women will disproportionately bear the burden of new restrictions.

A leaked draft opinion reported by POLITICO and not confirmed by NBC News outlines a scenario where a majority of justices will overturn a decades-old ruling that allowed abortion nationwide. The news sent shockwaves through the nation and region leading to a protest at the high court on Monday night.

The leak jumpstarted the intense political reverberations that the high court’s ultimate decision was expected to have in the midterm election year. Already politicians on both sides of the aisle were seizing on the report to fundraise and energize their supporters on either side of the hot-button issue.

An AP-NORC poll in December found that Democrats increasingly see protecting abortion rights as a high priority for the government.

Other polling shows relatively few Americans want to see Roe overturned. In 2020, AP VoteCast found that 69% of voters in the presidential election said the Supreme Court should leave the Roe v. Wade decision as is; just 29% said the court should overturn the decision. In general, AP-NORC polling finds a majority of the public favors abortion being legal in most or all cases.

President Joe Biden spoke Tuesday after a leaked Supreme Court draft opinion threatening to overturn Roe v. Wade was published by Politico late Monday. “If the rationale of the decision as released were to be sustained, a whole range of rights are in question… it goes far beyond the concern of whether or not there is the right to choose.”

Still, when asked about abortion policy generally, Americans have nuanced attitudes on the issue, and many don’t think that abortion should be possible after the first trimester or that women should be able to obtain a legal abortion for any reason.

Alito said the court can't predict how the public might react and shouldn't try. “We cannot allow our decisions to be affected by any extraneous influences such as concern about the public’s reaction to our work,” Alito wrote in the draft opinion, according to Politico.

People on both sides of the issue quickly gathered outside the Supreme Court waving signs and chanting on a balmy spring night, following the release of the Politico report.

Reaction was swift from elected officials in Congress and across the country.

In a joint statement from Congress' top two Democrats, House Speaker Nancy Pelosi and Senate Majority Leader Chuck Schumer said, “If the report is accurate, the Supreme Court is poised to inflict the greatest restriction of rights in the past fifty years — not just on women but on all Americans.”

New York Gov. Kathy Hochul, also a Democrat, said people seeking abortions could head to New York. “For anyone who needs access to care, our state will welcome you with open arms. Abortion will always be safe & accessible in New York,” Hochul said in a tweet.

Mississippi Attorney General Lynn Fitch said in a statement, “We will let the Supreme Court speak for itself and wait for the Court’s official opinion.” But local officials were praising the draft.

“This puts the decision making back into the hands of the states, which is where it should have always been,” said Mississippi state Rep. Becky Currie.

"If you have access to money to take a plane or take a train or go somewhere where abortion is safe and legal, you'll do that," says Kim Wehle, professor at the University of Baltimore School of Law. She says if the Supreme Court guts Roe v. Wade, "you just might not have any option but to carry a child to term," which poses a burden to anyone who can't afford child care.

Congress could act, too, though a bill that would write Roe's protections into federal law stalled in the Senate after passing the House last year with only Democratic votes.

At arguments in December, all six conservative justices signaled that they would uphold the Mississippi law, and five asked questions that suggested that overruling Roe and Casey was a possibility.

Only Chief Justice John Roberts seemed prepared to take the smaller step of upholding the 15-week ban, though that too would be a significant weakening of abortion rights.

Until now, the court has allowed states to regulate but not ban abortion before the point of viability, around 24 weeks.

The court's three liberal justices seemed likely to be in dissent.

It's impossible to know what efforts are taking place behind the scenes to influence any justice's vote. If Roberts is inclined to allow Roe to survive, he need only pick off one other conservative vote to deprive the court of a majority to overrule the abortion landmark.

The FDA permanently lifted one of its restrictions on how patients are able to access Mifeprex, one of two medicines commonly prescribed for medical abortions.
Copyright AP - Associated Press