Gloria detailed his plan Monday at a news briefing at South 58th and Division streets – an intersection in San Diego’s Alta Vista community that’s in serious need of repairs.

The mayor’s office said the initiative is called “Sexy Streets.” 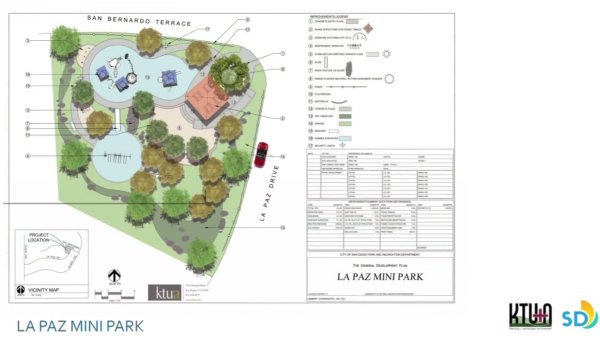 Gloria wants to invest $40 million of his $4.6 billion budget proposal into fixing the roads in San Diego’s communities that need it most. In addition to repairing and repaving streets, Gloria’s plan calls for fixing sidewalks, adding bike lanes and adding measures to calm traffic.

The mayor believes every neighborhood deserves so-called “sexy streets,” and that investing in these types of improvements to infrastructure will help move San Diego forward.

Alta Vista resident Rosa Gomez has lived at the corner of South 58th and Division streets for 40 years and said the intersection has certain seen wear and tear.

“They come and they patch it up and it rains, and it takes it away. So, there’s big holes. The cars, you can see them when they bump,” Gomez said.

Gomez said her neighborhood streets could really use some upgrades and repaving.

Gloria said there are a lot of neighborhoods like Alta Vista throughout the city – especially in districts 4, 8, and 9. The mayor said he wants to earmark $40 million of the more than $130 million he’s budgeted for road repair projects specifically to make improvements to the streets in those communities.

“It’s very clear to me that San Diegans want us to prioritize infrastructure. They want us to fix our roads and by doing so, we can make our neighborhoods more attractive,” Gloria explained. “I dare say, more sexy. It’s good but you can make it beautiful. Beautiful. Sexy. Why not?”

The intersection at South 58th and Division streets is already slated to be repaved; crosswalks will be added in 2022.