During a board meeting Thursday evening, Board Member Antonio Martinez drank water samples he collected from other schools in the district

The San Ysidro School Board is attempting to reassure parents the water contamination problems detected last October are being dealt with properly.

During a board meeting Thursday evening, Board Member Antonio Martinez drank water samples he collected from other schools in the district.

"I want to ensure the water in those schools that are running is safe and clean. I am going to drink from each one and I invite the board, if they want to salute with me, so that we know the water is clean,” Martinez said. 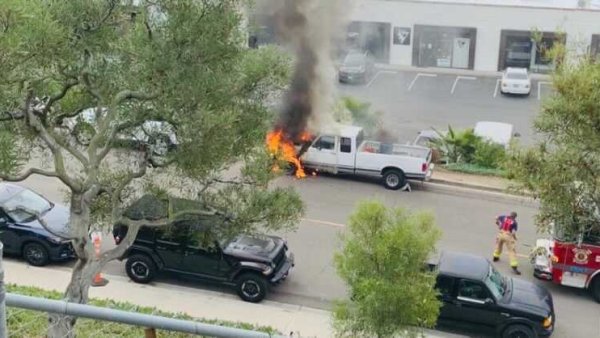 According to test results, the amount of lead discovered in the drinking fountains at La Mirada Elementary School was nearly 18 times higher than the regulatory limit.

Since Jan. 23, the water was shut off at La Mirada and bottled water is used for cooking, cleaning and drinking. Water was also shut off at the other two school as a precaution.

The district blamed it's old infrastructure for the contamination. The superintendent said they are immediately installing new drinking fountains and pipes at the school.

“The question has always been how much does this cost? Is it going to cost us something that we can't sustain. Until we can figure out a long-term solution and a strategic plan of action to upgrade, that's what will do,” said Superintendent Julio Fonseca.