Christmas night's rainfall has some neighbors worried about the Encinitas bluffs’ eroding more. The Leucadia house fire three nights ago forced firefighters to dump so much water on the home it caused the house to slip down the bluff.

"All you need is the so-called straw that breaks the camel’s back and heavy rain. Particularity not just the rain on the surface, but the soaking down so gravity can pull on it more and it can weaken it inside," explained San Diego State University geologist, professor Pat Abbott.

He said the amount of water firefighters used on Sunday night to knock out the 40-foot high flames, created gullies along the bluff under the burned home.

"You could see really see the gullies that were cut there," Abbott said. "The fact that you can cut the gullies means there is not a lot of hard rock."

He also said the rain concerns him when he considers the bluff collapse a few weeks ago just feet away from the train tracks in Del Mar near Seagrove Park, of 15th Street and Coast Blvd. 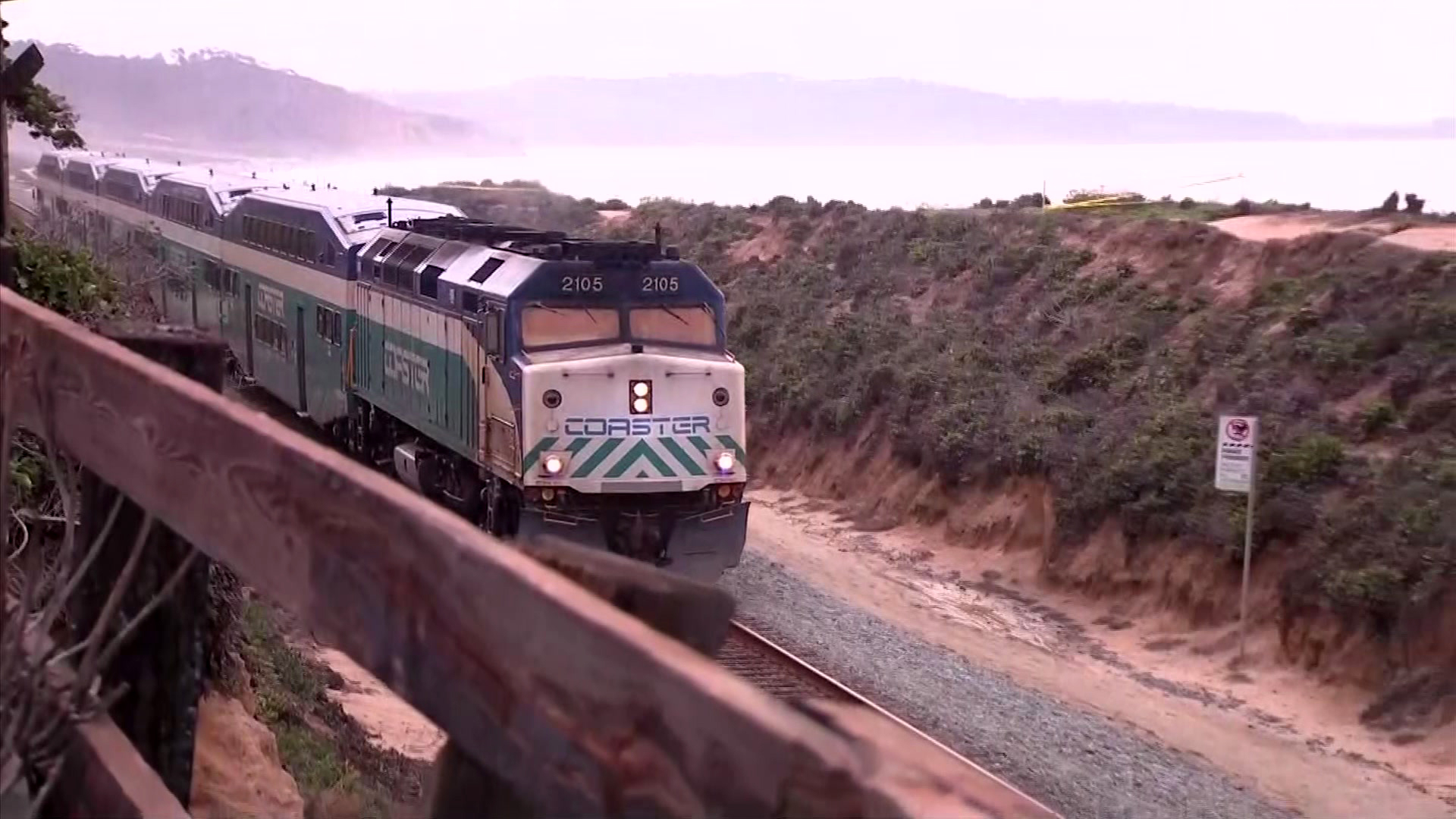 Calif. Senator Supports Call for State, Fed Agencies to Pay for Stabilization of Cliffs in Encinitas

Del Mar city workers monitored the tracks 24/7 after the collapse.

The City of Encinitas sent a geologist expert to inspect the ground beneath the burned home in Leucadia. The geologist determined the surrounding homes were in danger of the bluff further eroding. The city recommended three different geologist experts for homeowners to reach out to assess their property along the same bluff.