As California Democratic Gov. Gavin Newsom heads to Washington this week, speculation about his national political ambitions won't be far behind.

The four-day swing, anchored to an award Newsom will receive on behalf of his home state Wednesday from an education group, will provide the Democratic governor with a national stage to continue his outspoken defense of abortion rights and gun restrictions.

It comes at a time when he has been picking fights with Republican governors in Texas and Florida and holding up California as a sanctuary for what he calls fundamental rights, including same-sex marriage, freedom of speech and abortion.

Newsom’s recent activities have stoked talk about his White House ambitions as President Joe Biden’s popularity tumbles and some Democrats question the president’s viability for 2024. Newsom, a former San Francisco mayor, has dismissed any interest in the presidency, and Biden has said he's planning to run for reelection. 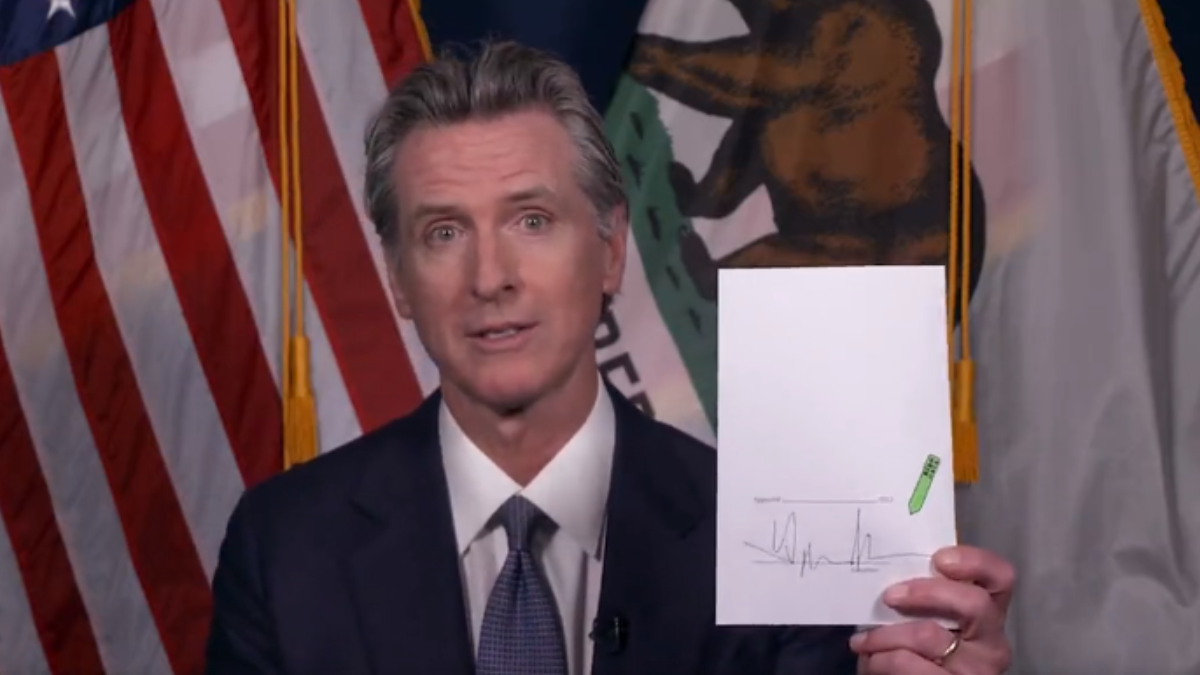 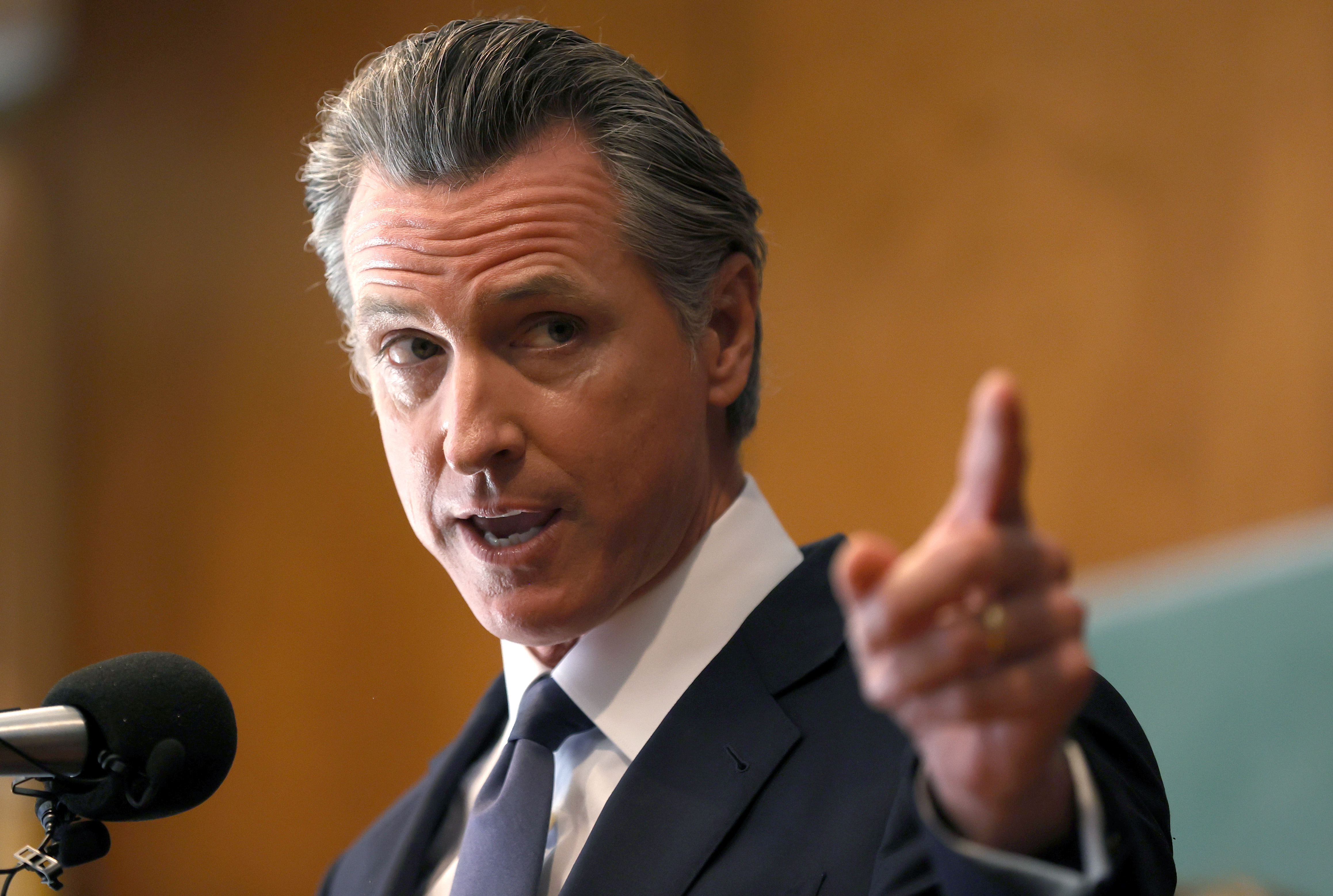 Gov. Newsom Says California Will Make Its Own Low-Cost Insulin

“This is Gavin Newsom building his national brand for whatever opportunities might come up in the future,” said Thad Kousser, a political science professor at the University of California, San Diego.

“He's savvy enough to know a lot of dominoes would have to fall for his future to come in 2024, but that makes it even more vital to take every opportunity to stay in the national consciousness for 2028” and beyond, Kousser added.

The president will be on a Middle East trip during Newsom’s stop in Washington. The governor’s office said the president's absence was coincidental.

On his trip, Newsom is scheduled to meet with Biden administration officials, congressional leaders and members of the California delegation to discuss abortion access, gun control and climate change.

California Gov. Gavin Newsom added to his slew of water conservation measures a $2.9 billion incentive that would pay farmers not to plant thousands of acres of land. Cierra Johnson reports.

He will also be accepting an award from the Education Commission of the States that recognizes, among other things, that California is on track to establish universal pre-K classes for all 4-year-olds by 2025. Newsom spokesperson Erin Mellon said that “what is happening on the education front reflects what we’re seeing across the country – restricting rights and freedoms.”

“While red states are limiting the choices of parents and students – banning books, limiting speech in the classrooms, and persecuting families with transgender youth — California is prioritizing freedom and choice,” she said in a statement.

The 54-year-old governor has acknowledged he’s hoping that issues like abortion rights will mobilize Democratic voters in a challenging midterm election year, when the president’s party typically loses seats in Congress.

After easily beating back a recall election last year and facing only token opposition in his bid for a second term in November, Newsom has sought out the national spotlight in recent months, blaming his own party for being too passive in the face of federal court decisions and new laws in Republican-led states that he said are eroding long-settled rights and rewriting what it means to be an American.

Along with the U.S. Supreme Court decisions overturning Roe v. Wade and holding that citizens have a right to carry firearms in public for self-defense, he’s pointed to a Texas law that bans abortions after a fetal heartbeat can be detected, possibly as early as six weeks, and a Florida law that forbids classroom instruction on sexual orientation and gender identity in kindergarten through third grade.

On Independence Day, Newsom’s campaign aired an ad in Florida critical of Republican Gov. Ron DeSantis, a potential 2024 presidential candidate, warning viewers that “freedom is under attack in your state.”

Republican leaders are “making it harder to vote, restricting speech in classrooms, even criminalizing women and doctors,” Newsom said in the 30-second spot, while images of DeSantis and former President Donald Trump flashed on screen.

“The DeSantis vision of freedom is a fraud,” Newsom wrote in a recent fundraising pitch. “It’s a vision where people are free to carry guns everywhere and everyone has to live in fear of getting shot.”

California, meanwhile, has been going its own way.

Last month, legislators with Newsom’s support agreed to place a proposal before voters in November that would guarantee a right to an abortion in the state constitution. The heavily Democratic state has some of the nation’s tightest gun safety laws but has continued to expand them after the recent Supreme Court decision, including adding new restrictions on untraceable “ghost guns” and marketing firearms to minors.

As he maneuvers for a prominent place in the national party, Newsom could find himself attracting unwanted attention.

California residents are dealing with a long-running homeless crisis, soaring gas and grocery prices and rising crime in major cities. Housing costs are out of reach for many working-class families, and the state has some of the nation’s highest taxes.

A Public Policy Institute of California survey in May found that 50% of respondents believed the state was headed in the wrong direction. And perhaps most tellingly, California has been shedding population — and it's losing a congressional seat — after years of stratospheric growth.

Longtime Democratic consultant Bill Carrick said he saw Newsom making a vocal stand on nationally critical issues rather than maneuvering to get his name into the 2024 presidential discussion.

“We had these two court decisions that had a deep impact on California,” Carrick said. “He's an important voice in that debate and he needs to represent the state as vigorously as he can.”