Get ready for a little shuffle.

Starting Monday, the radio show "AJ in the Morning", currently heard on Channel 93.3., is moving to Star 94.1.

The Clear Channel radio station made the announcement Thursday. Earlier in the morning, @geenathelatina spread the word via Twitter with this update ""It's true the AJs Playhouse crew is moving down the hall to Star 94.1 as "AJ's In the Morning" on August 30th!"

The move brings an end to the four-year run for the "Jeff and Jer Show" on 94.1, according to the station. 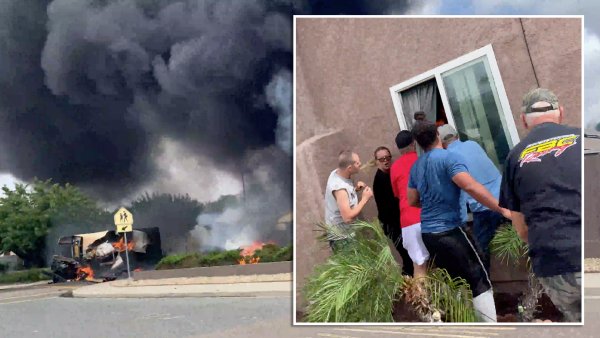 "We are excited about the future of Star 94.1 with AJ Machado in the morning slot. Despite extensive contract negotiations, the Jeff and Jer Morning Show has concluded its tenure at Star 94.1. After four years at Star, today was their final show on the station. We are proud of their contributions to Star and grateful for their commitment to the success of the station," Debbie Wagner, market manager for  Clear Channel Radio San Diego said in a news release.

The hosts of Jeff and Jer released a statement online that reads "We'll be back on the air soon! We'll tell you when and where in a couple of days."

"We did our best and we came to the table with what we considered a fair and generous offer," said Bill Pugh with Clear Channel. "We parted today as professional as you can get."

Several listeners complained of the move on Star 94.1's Facebook page prompting an immediate response from the AJ behind "AJ in the Morning."

"Let me start by saying that I understand your shock and frustration. Jeff and Jer are one of the best shows in radio. In fact I have always looked up to them very much, and following them is not something I take lightly," AJ Machado posted on Star 94.1's Facebook page in response to dozens of comments. "I am not privy to the details of why they left, but the fact is, they did, and that had nothing to do with me. Someone had to be the new guy and that someone was me."