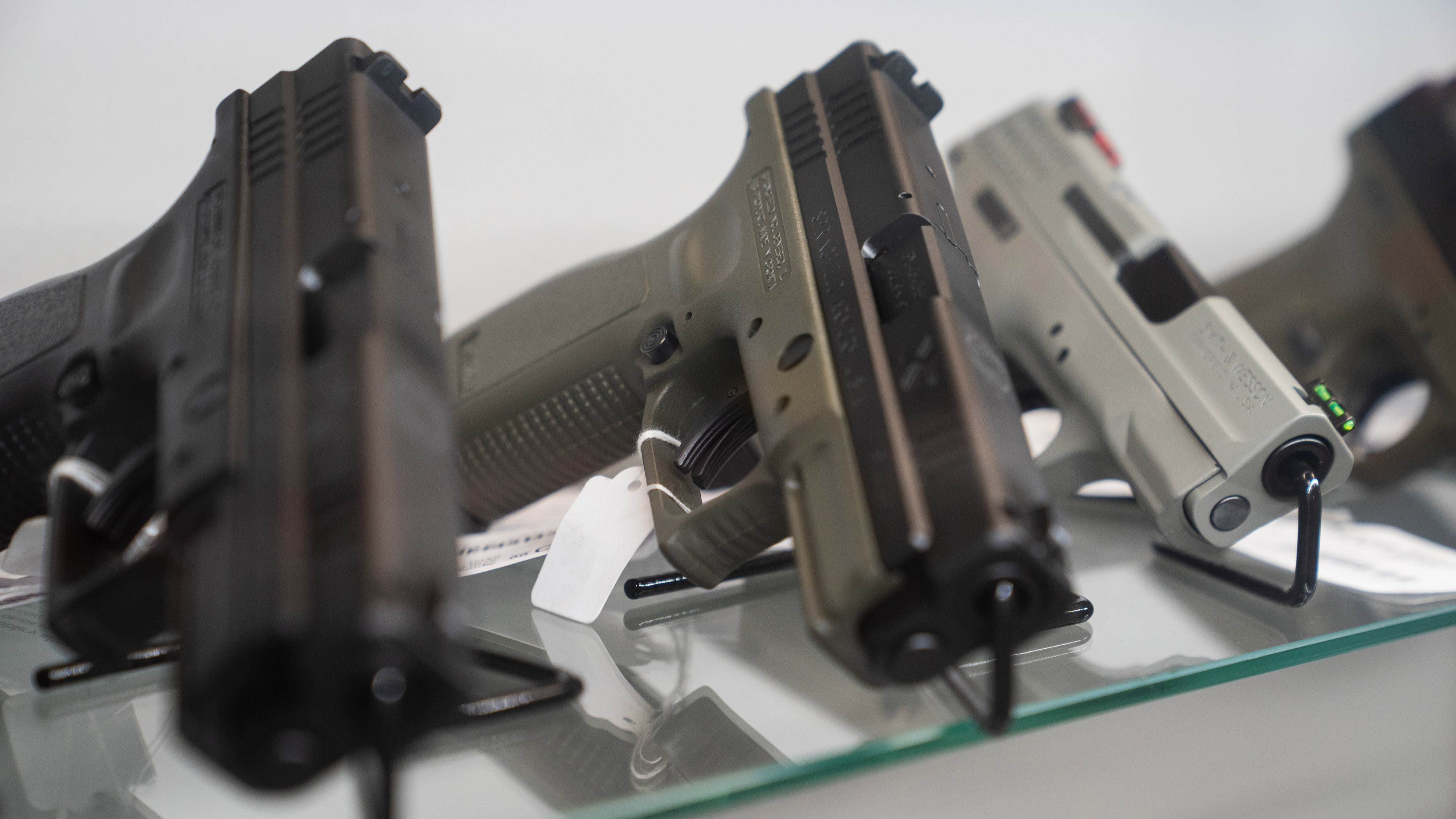 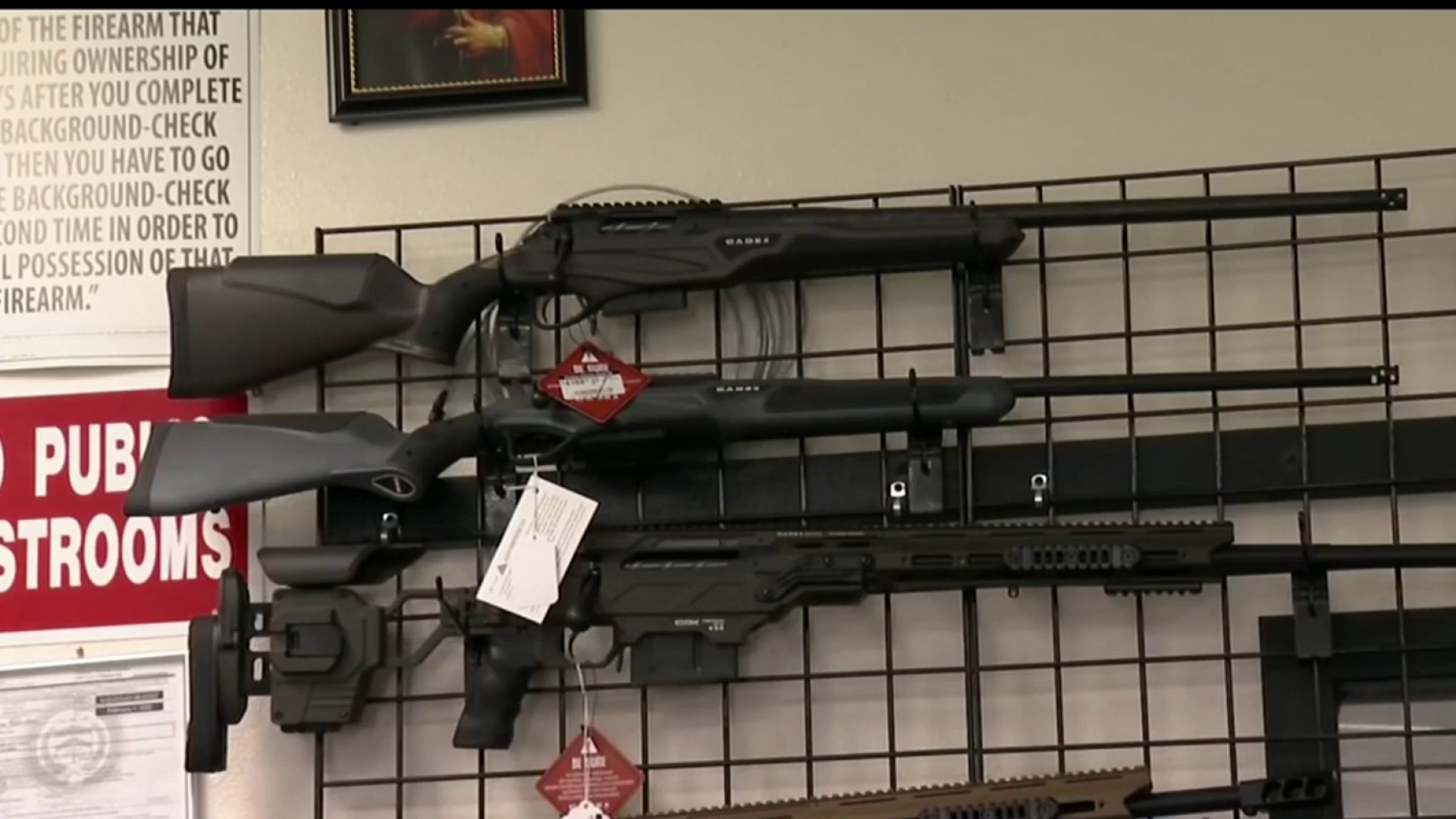 "San Diego has seen a dramatic increase in gun violence across our city using ghost guns,'' Gloria said. "These guns are untraceable and can end up in the hands of people prohibited from having firearms, making them a threat to public safety."

"Addressing the proliferation of ghost guns aligns with my commitment to have San Diego lead on gun violence prevention,'' he said.

ENUF prohibits the sale, purchase, possession, receipt and transportation of non-serialized guns and parts. It also makes it illegal for unregistered gun kits to be sold in San Diego online and in stores.

"Because ghost guns lack serial numbers, they cannot be traced when used in a crime,” von Wilpert said in a statement. “As a result, any person with cash in hand, whether a gun trafficker, a domestic abuser or sadly, someone contemplating suicide, can purchase the components to easily build a non-serialized firearm at home."

Unserialized gun parts will soon be illegal for purchase in San Diego. NBC 7's Alexis Rivas has the story.

"Thank you to Mayor Gloria for standing with me to protect our communities from gun violence by signing the ENUF Ordinance into law for the city of San Diego,'' von Wilpert said.

The ordinance was introduced following an April 22 mass shooting in the Gaslamp Quarter that killed 28-year-old Justice Boldin and injured four others. San Diego resident Travis Sarreshteh, 32, is suspected of using a ghost gun to carry out the violent act.

Three months ago, police say a San Diego man gunned down five people at random in the Gaslamp. Detectives say the gun he used was a homemade, untraceable gun. One of the survivors has never spoken publicly about what happened, until now. NBC 7's Alexis Rivas reports.

Critics of the ban said they don’t believe the ordinance will address the root of gun violence and added that it would make residents who already own a personally manufactured gun a criminal.

“I think it is a law that’s going to criminalize people overnight who probably are unaware that the law even passed," said Dimitri Karras, a spokesperson for Firearms Unknown, a gun shop in Oceanside.

“You can go into Lowe’s or Home Depot and you can make a shotgun in about 15 minutes," he added. "There’s no law that’s going to change that unless they outlaw plumbing.”

NBC 7's Dave Summers critics of the new ordinance who say the law will criminalize people over night.

Data released by the San Diego Police Department in June showed almost 20% of weapons seized as part of criminal investigations during the first half of the 2021 were ghost guns. To combat them and in an effort to get them off San Diego’s streets, SDPD Chief David Nisleit created a task force to crack down on the use of ghost guns.

"Our Violence Reduction Plan and new Ghost Gun Team will combine proactive policing with special investigations to use knowledge and expertise to find those who are causing this violence and stop it before it happens,'' Nisleit said. "Every San Diegan deserves to feel safe, and we believe these efforts will help us in reaching that goal.''

"I hope the ordinance will inspire San Diego's regional municipalities, the state of California and ultimately the federal government to act to close the ghost gun loophole once and for all,” von Wilpert said.

With the mayor's signature, the ENUF Ordinance will go into effect
on Oct. 23.