Ilona Flint and Salvatore Belvedere were shot in the parking lot at Westfield Mission Valley Mall on Christmas Eve.

A man whose girlfriend and brother were victims in a San Diego mall parking lot shooting hasn’t been seen or heard from since, family members told NBC 7.

During a news conference Thursday, members both the Flint and Belvedere families made pleas for Gianni Belvedere, Salvatore's brother. Family members say Gianni may have also been at the mall at the time of the shooting and has not been seen since.

"Mom and dad need you more than ever," Antoinette Belvedere said, speaking directly to her brother Gianni.

"Gianni, we need you to come home."

"We do need you (Gianni) right now. The kids need you. Your mom and dad need you," Inga Flint-Jones, Ilona's mother, said through tears.

The families urged anyone with information on Gianni's whereabouts to call San Diego police. Gianni's sister posted a photo to her Facebook page with the plea, "Please repost this and help us find my brother."

Police said they consider Gianni Belvedere to be a missing person.

The victims were found inside a black Toyota Camry parked outside the Macy’s. The store was open at the time to accommodate last-minute Christmas shoppers.

Despite a gunshot wound to the head, Flint was able to call 911 to report the shooting. She was later pronounced dead at the scene.

Belvedere was in critical condition at Scripps Mercy Hospital with a gunshot wound to the head and the torso, officials said. San Diego police said Salvatore Belvedere suffered brain damage as a result of the shooting.

On Thursday, law enforcement sources told NBC 7 that Salvatore Belvedere had died. However, this has not been confirmed by the family or the hospital, which said it had been asked by the family not to release further information on his condition.

At Thursday's news conference, Police Lt. Mike Hastings did not have any new information about the case, except that investigators do not believe a robbery took place during the shooting.

"As of this juncture, we still do not know a motive why this occurred," Hastings said.

Officials have warned news outlets not to jump to conclusions about a motive.

Family members said they don’t know why Salvatore Belvedere was at the Mission Valley mall with his brother's girlfriend on Tuesday.

A cousin said she does not know what may have been behind the attack.

Friend Andre Briones worked with Flint at a vintage shop in La Jolla.

She moved here in the last few years after Gianni moved to San Diego with his family. They have been together for 8 years, Briones said. 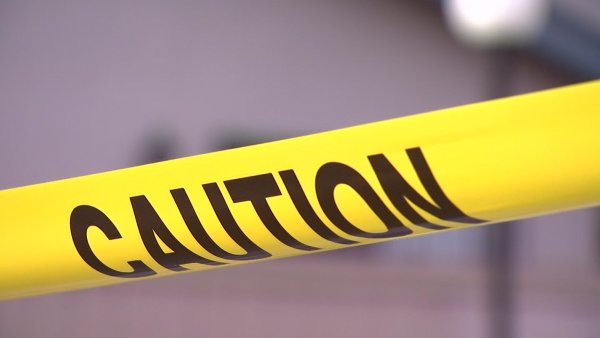 The Belvedere brothers would take turns picking up Flint from work because she didn’t have a car, Briones said.

“She was the most patient and loyal person I ever met. I wish I had told her that,” he said.

Briones said there is a memorial planned for Flint along La Jolla Shores Saturday at 7 p.m.

The suspect in the shooting was described as a male wearing tan pants, 5-foot-9 to 5-foot-11.

A possible vehicle of interest in the case is a 2008-2011 dark gray Honda sedan, officials said.