Two suspected gang members accused in the shooting death of a security guard outside an East Village homeless shelter were ordered to stand trial.

Garrett was arrested Jan. 4, 2020, in Phoenix, Arizona, while Hill was arrested the following day in San Diego.

NBC 7's Dave Summers spoke to the wife of a security guard shot and killed this weekend at an Alpha Project shelter in East Village.

Prosecutors allege the killing was committed to benefit and promote the gang to which the defendants allegedly belong, though why Buchanan was targeted was unclear.

Deputy District Attorney Matthew Carberry alleged that surveillance footage and smart street lights captured the men waiting for Buchanan to arrive from a meal break before gunning him down in the street around 7:30 p.m., then fleeing the scene.

Both men allegedly parked about a block away, walked toward the Alpha Project and opened fire on Buchanan, who was pronounced dead at a hospital.

Carberry said "two separate muzzle blasts'' can be seen on surveillance footage, indicating two shooters, and spent rounds from both 9mm and 45-caliber firearms were found at the shooting scene. The prosecutor also alleged that Hill's DNA was found on spent cartridges at the scene.

2 Arrested in Connection to Slaying of Alpha Project Security Guard 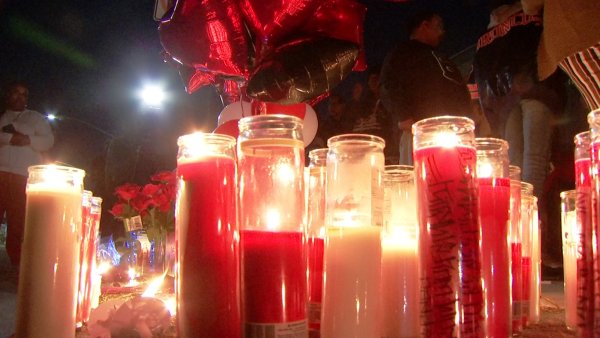