A state spokesperson would not comment on the lawsuit but said the work to replace these guardrails coincidentally started on Monday, six days after the lawsuit was filed

A Riverside, California, family is suing the state and maker of a guardrail system installed in San Diego County, saying they believe their son would still be alive if he hadn’t crashed into the guardrail end piece.

NBC 7 Investigates found the family wasn’t alone in their loss, and that the specific guardrail system was identified in several fatal accidents nationwide.

On Feb. 17, 2018, Sergio Martinez Sr. said his sons Gonzalo Martinez and Sergio Martinez Jr. were on their way to a surprise birthday party when they crashed into a guardrail along Interstate 8 near Jacumba.

According to the California Highway Patrol’s investigation, the car’s computer data said Gonzalo Martinez, 22, was driving five miles over the speed limit when he swerved off the freeway and into 60-feet of guardrail posts before coming to a stop. 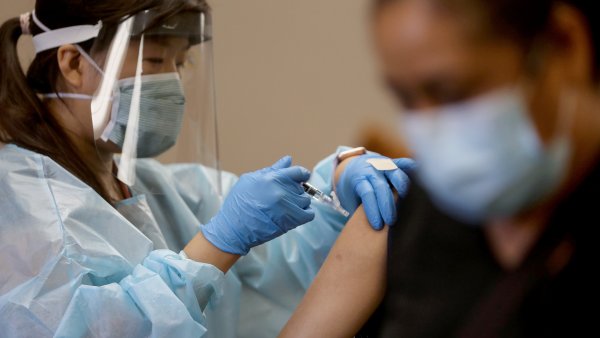 CHP Investigators identified the guardrail system that speared through the brothers' car as an “X-Lite end terminal,” manufactured by Lindsay Transportation Solutions.

Since 2016, NBC 7 found at least nine people died nationwide after they crashed into the end piece of an X-Lite guardrail.

But the guardrail’s maker told NBC 7 the equipment passed federal evaluations and the guardrail has done the opposite of harming lives.

In a statement to NBC 7 Investigates, a spokesperson for the manufacturer writes:

“The Federal Highway Administration (FHWA) has examined and re-examined the X-Lite and its in-service performance and has gathered input from state departments of transportation across the country. In FHWA's evaluations, the X-Lite has performed consistently with other end terminals on U.S. roads and highways."

“The X-Lite end terminal has saved lives and reduced the number and severity of injuries sustained from automobile accidents,” the spokesperson added.

Across the country, states including California have started proactively replacing X-Lite end terminals. Earlier this year, Caltrans announced it would replace all 804 X-Lite systems installed on highways and freeways, including in San Diego County.

A Caltrans spokesperson would not comment on the lawsuit but said the work to replace these guardrails coincidentally started on Monday, six days after the lawsuit was filed by the Martinez family.

The spokesperson said three end terminals were replaced and state officials had about 150 left to go in San Diego County.

But even with the replacement work underway, Sergio Martinez Sr. told NBC 7 in an interview last August that he believed the state could have taken the proactive step much earlier.

“If they knew they got problems with it, why didn't they fix it?” he said. “I don't want nobody else to go through this.”

On Aug. 20, 2019, the Martinez family filed a lawsuit against Lindsay Transportation Solutions and Caltrans for negligence.

Lindsay Transportation Solutions has not responded to the lawsuit in court. In a statement to NBC 7, a spokesperson said guardrails cannot prevent all the potential risks on the road.

“Road safety hardware, such as guardrail end terminals, are designed to reduce the risk of hitting potentially dangerous hazards such as utility poles, steep embankments, and other unyielding objects, but they cannot eliminate all the risks involved when a driver makes an unintended exit from the road,” the statement said.