The city said employees now have until Dec. 1 to be fully vaccinated unless an employee has a medical or religious exemption

San Diego extended the deadline for its vaccine mandate for employees while negotiations with labor groups continue, a spokesperson confirmed Tuesday.

The City of San Diego announced its mandate in late August. All city employees were required to be fully vaccinated against COVID-19 "as a condition of continued employment," by Nov. 2. They now have until Dec. 1.

All city employees must be fully vaccinated and provide proof by Nov. 2, unless an alternative date is agreed on, or an employee has a medical or religious exemption.

"The City is still in negotiations with its recognized employee organizations (REOs) over the impacts of the mandate," city spokesperson Nicole Darling told NBC 7.

Those closed-door meetings kicked off in mid-September and involve labor-group leaders representing police officers, firefighters and other workers.

A recent survey conducted by the San Diego Police Officers Association suggests a strong contingent of city officers are against the mandate. More than 730 SDPOA members responded, which is about a third of San Diego’s police force. Of that figure, more than 660 said they don't believe the city should mandate the COVID vaccine. Nearly 480 police officers said they would consider quitting their jobs, and more than 330 said they would rather be fired than get the vaccine.

The city said the Food and Drug Administration's (FDA) approval of the Pfizer vaccine was a factor in announcing its mandate.

All employees, both current and new hires, must provide proof of full vaccination by completing the mandatory reporting of their vaccination status in the city's computer system by the new Dec. 1 deadline. The mandate does allow for reasonable medical or religious exemptions, the city said. 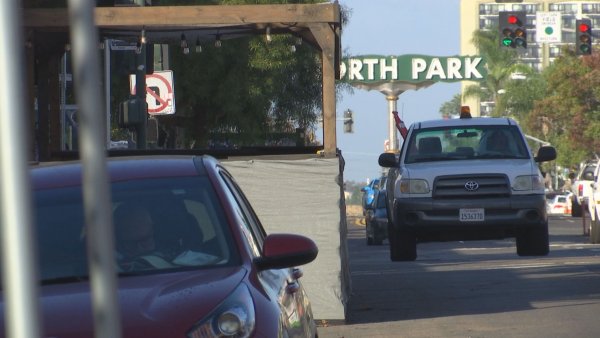 An employee will be able to submit a reasonable accommodation request for a medical or religious exemption. The city will release more detailed information with its employees regarding that option following the completion of negotiations with the unions.

Following the city's initial announcement, NBC 7 reached out to all six of the city's REO's.

"San Diego City Firefighters Local 145 supports the Mayor’s vision to protect the health of City workers and the public from COVID-19. We have and will continue to encourage our personnel to get vaccinated. We’re proud that over 80% of our firefighters have voluntarily received the COVID-19 vaccine to date. Like Mayor Gloria, we also support medical and religious exemptions for those who qualify. We are therefore disappointed by what we believe to be a premature communication from the City’s middle-management which lacks the necessary detail to seek these lawful exemptions. The recent letter was unnecessarily threatening to workers as it coupled a looming deadline with uncertainty. Despite this rushed communication, San Diego City Firefighters Local 145 remains committed to working with City Leadership to find solutions. We intend to continue the meet and confer process so that we can obtain the answers that our dedicated workforce deserves."

The SDPOA responded to NBC 7's request but did not have a comment at this time.

NBC 7 has not received a response from the other four REO's.

The city confirmed that as of Aug. 25, more than 65% of the city's 11,000 employees had self-reported they had been vaccinated and 10% have yet to respond to the survey form.

Of the city's six REO's, members of the Deputy City Attorney Association (DCAA), overseeing 163 members in the City Attorney's office, had the highest percentage of self-reported data that more than 87% of its members had been fully vaccinated.

Comparatively, only 969 or 49.1% of the 1,971 members of the San Diego Police Officer's Association (POA) had self-reported their vaccination status as being fully vaccinated.

No other details were released.