Rolando Resendiz, 24, is the suspect in at least three fires deliberately set in the City Heights area last month

Rolando Resendiz, 24, is accused of arson, including deliberately setting fire to the porch of a home in the 5200 block of Ogden Stree Friday night.

Detectives from San Diego’s Metro-Arson Strike Team (MAST) said Resendiz was found walking away from the area of that porch fire. He was stopped and questioned by detectives and arrested on the spot.

The City Heights community was hit with two more fires being investigated as arson. The first involved mattresses set ablaze in an alleyway, while the other was set inside a dumpster. Both came very close to homes. NBC 7’s Elena Gomez reports on March 31, 2015.

Over the month of March, more than one dozen other small fires were deliberately set in dumpsters, alleyways, trash cans, beds of pickup trucks and flatbed trailers in the Mid-City area.

Evidence collected by detectives also linked Resendiz to the two most recent fires in the arson series, which were set on Landis Street on March 31. 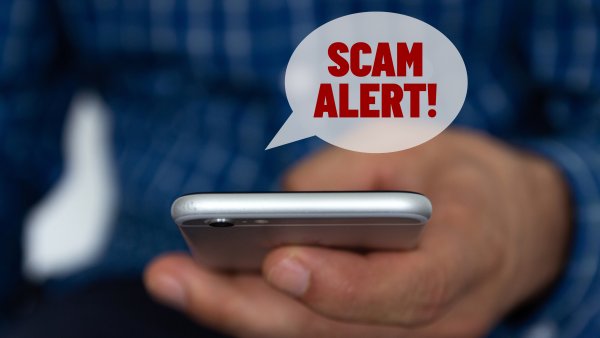 Suspicious Texts May Be Trying to Steal Your Personal Data

Fire investigators are trying to find the arsonist responsible for a string of City Heights fires in the past month. NBC 7’s Vanessa Herrera spoke to a business owner who is doing what he can to stop this.

Those involved two mattresses set ablaze in an alleyway near an apartment complex and a fire set inside a dumpster near homes.

Resendiz was booked into San Diego Central Jail early Saturday morning on two counts of arson to an occupied structure and one count of arson to property. He's scheduled to appear in court Wednesday.

NBC 7 spoke with City Heights homeowner Han Sim on Saturday. He was the victim of the porch fire that resulted in Resendiz’s arrest.

Sim told NBC 7 waking up to a fire and police on his porch was an extremely frightening ordeal.

“I'm sleeping and the cop comes to knock my window they want me to get out of the house they say, ‘Fire fire!’ When I come open the door I saw the smoke go inside my house. And I pulled my way outside,” Sim explained.

Sim said he was relieved the suspected arsonist had been caught. He has six family members living at his home, including two granddaughters, and was very worried for their safety.

“I'm happy they got him,” said Sim. “Thank you to the policemen last night; they help my family. They save my life.”

City Heights resident William Seth said he too was glad to hear of an arrest in connection with the fires.

“Why [does] he come around and burn people’s property? Something like that is not right,” Seth said. “We are human. We have to live peacefully.”

The investigation is ongoing. Police have not yet confirmed if Resendiz is the suspect in the 12 other arson fires reported in City Heights over the past month. At this point, it is still unknown if there are additional suspects in this arson series.

On Friday, officials announced a $2,000 reward was being offered for information leading to an arrest in this arson series.