"It's giving artists a chance to get their art out and it's just adding more beauty to downtown San Diego," Gyssell said

On Sunday, a group gathered in downtown San Diego to beautify boarded-up windows of businesses, which were covered to prevent them from being damaged.

Gyssell, an artist, volunteered to spend her day with a can of paint and brush as part of the project, “Paint the Town with Love.”

"It's giving artists a chance to get their art out and it's just adding more beauty to downtown San Diego," she said.

The group is painting boarded up windows at convenience stores, restaurants, and hotels. The businesses decided to cover their windows because there have been several protests in downtown for the past week. 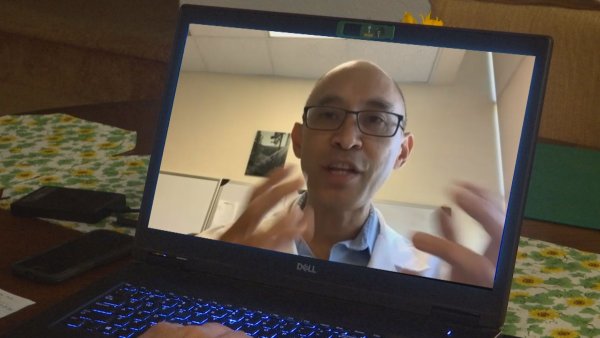 "This isn't a brand-new issue; it's been an ongoing issue, and if this is what it takes to get the message out, it's a double-ended sword, but it's something that needs it to be addressed, and it needs to change," Gyssell said.

Cole Petersen and his daughters who live in downtown told NBC 7 that the group is bringing some beauty to the businesses.

“We thought what a great opportunity for artists to create a current expression of what's happening in the world and beautifying downtown," Petersen said.

While "Paint the Town with Love" isn't a protest, it is a way to show support for Black Lives Matter and the fight against police brutality.

“We’re hoping this will continue to make the positive message just through art and the community saying we're all in this together,” Gyssell said.