More than six decades after his death, a U.S. military veteran who served in the Korean War was finally buried at home in San Diego.

The veteran died 65 years ago while in captivity as a Prisoner of War in Korea. Surviving POWs reported Griffith’s death but his death certificate showed there were no remains to prove it. 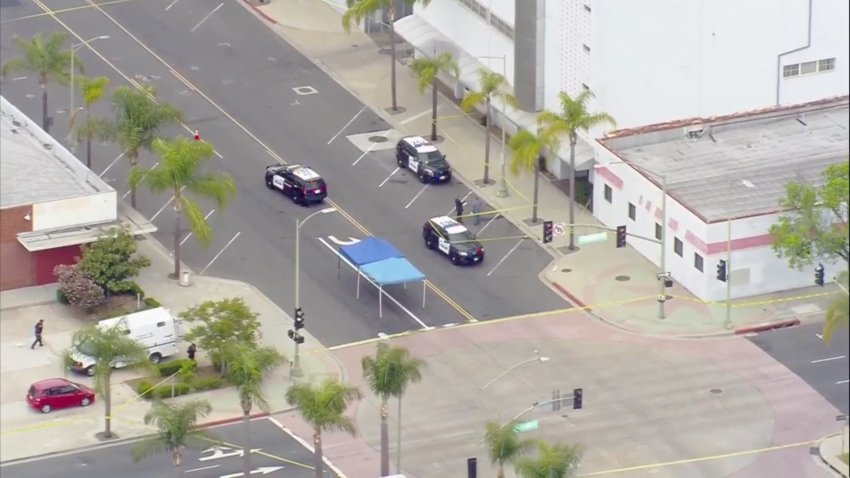 For his family, his death was a painful mystery for decades.

Thanks to modern DNA analysis and dental records, family members recently learned of his body buried inside a grave in Hawaii.

On Wednesday, a military funeral honors team helped move the coffin, covered in an American flag, from the Hearst to Fort Rosecrans Cemetery.

At the ceremony, Griffith was awarded full military honors posthumously.

His nephew, Jake Griffith, said the return of his body and the ceremony Wednesday was something he never thought he would see.

"It’s overwhelming to our family to have the remains recovered – all the efforts that went into it – to finally come back and have him come here and rest in San Diego, his hometown," he said.

He said his uncle, Jack, had been a story to him his whole life. His father --Jack's brother -- died five years ago knowing his brother's body would likely never be brought home.

"It's amazing what our government does to bring back our fallen soldiers," Griffith said. "This is 65 years later, and they spent a lot of money, spent a lot of time and resources, to bring him and many others back."