While public health officials have warned about California’s growing numbers of positive COVID-19 cases in the state, politicians' approach to how to handle the pandemic has also come into the spotlight this election year.

For the first time in nearly four decades, someone who isn't named Duncan Hunter will be elected to serve as representative for the 50th Congressional district. Former Republican Congressman Darrell Issa and former Democratic Obama administration official Ammar Campa-Najjar are facing off in the race. Not surprisingly, their response to the coronavirus pandemic is becoming a cornerstone of their campaign.

"The CDC, the CAREST Act, all of them are encouraging hospitals to call any death or any infection as COVID-19," said Issa.

While Issa doesn't provide proof to back up those claims, he says he believes the coronavirus numbers are inflated and shouldn't be used to restrict small businesses and jeopardize our local economy.

"We have about a quarter of a million Americans who live in Mexico, if they become infected and come over the border, they become part of our numbers so that gives us not just that group, but others who are artificially going to be high," he said.

"It's very controversial. Darrell Issa and Jim Desmond are not public health experts, they're not doctors, they're public servants," Campa-Najjar said.

The 50th Congressional District seat has been vacant since Duncan Hunter Jr. resigned in January. 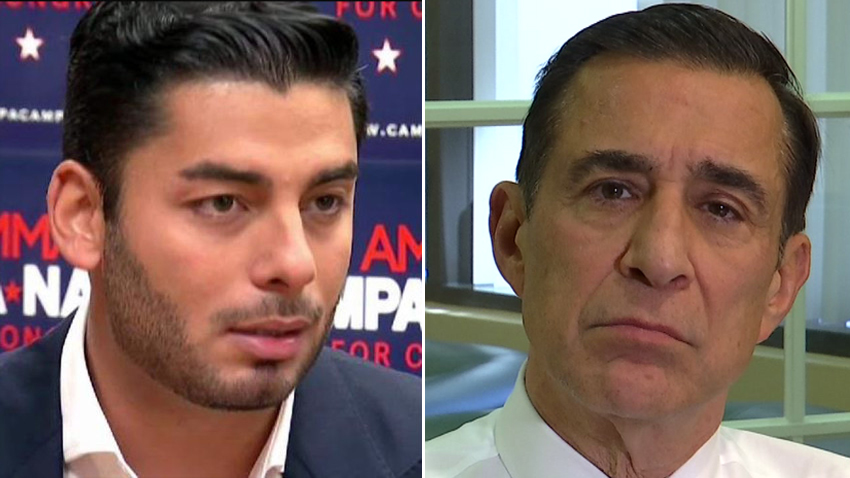