MCAS Miramar said Thursday the flight will land in the "mid-morning hours." It touched down at 8:47 a.m. with 65 passengers, CDC spokesperson Thomas Skinner.

Health and Human Services (HHS) and the Centers for Disease Control and Prevention (CDC) personnel received 65 passengers and began the federally-mandated quarantine.

No passengers from the second plane have been removed from quarantine as of Friday evening.

Seven people total -- all passengers of the first plane that arrived Wednesday with 167 passengers -- have been at one point removed from quarantine at the base and placed in isolation at area hospitals for further coronavirus testing.

The CDC said those passengers had fevers or coughs that warranted further examination. Hospital representatives said the patients were brought to the medical facilities as a precaution.

Before the second flight landed in San Diego, two passengers were released during a stop in Vancouver. One of those passengers is a Canadian citizen, and the other showed symptoms of coughing and fever.

Both planes stopped at Travis Air Force Base in Fairfield, California, before continuing to San Diego.

The base made room for a little more than 300 people as they expected more flights to arrive, according to Skinner.

As with all people in quarantine, authorities will take their temperature twice a day, and anyone who displays symptoms will be taken to an isolated room at a nearby hospital.

With the arrival of a second plane, Skinner wanted to dispel misconceptions about how the disease spreads.

"You really have to have direct, close contact with somebody who is sick with the virus for an extended period of time to acquire this disease," he said.

Skinner said if you have not been to China recently and you have not made direct, continued contact with someone from that region who carries the virus, your chance of contracting the disease is "essentially zero."

The father and daughter who were sent to Rady Children's Hospital Wednesday tested negative for coronavirus and were released back to MCAS Miramar Friday to complete their 14-day quarantine period with the rest of the passengers.

Frank Wucinski and his 3-year-old daughter Annabel stayed in an isolated hospital room for three days. Wucinski believes they were brought to the hospital for screening because his father-in-law in China was diagnosed with the coronavirus.

Quarantined passenger Jacob Wilson said being on the flight from Wuhan back to the U.S. was "really strange."

"It was also quite confusing because it seemed like there was a lack of leadership. There was so many moving pieces on the flight," Wilson said.

It took 12 hours just to board the flight, according to Wilson, and not all of their bags made the trip back to the U.S.

NBC 7's Erika Cervantes had a Skype interview with a man in quarantine at MCAS Miramar.

The flights were contracted by the U.S. government to bring home U.S. citizens stuck in China amid the coronavirus outbreak, MCAS Miramar Capt. Matt Gregory said.

"In support of Health and Human Services, Marine Corps Air Station Miramar will be temporarily housing American citizens in the process of returning from China," MCAS Miramar said in a press release Saturday.

The Pentagon chose four U.S. military bases to accommodate the nearly 1,000 American passengers evacuating China. MCAS Miramar in San Diego and Travis Air Force Base in Fairfield were among them. The other two selected are the 168th Regiment Regional Training Institute in Fort Carson, Colorado, and Lackland Air Force Base near San Antonio, Texas. 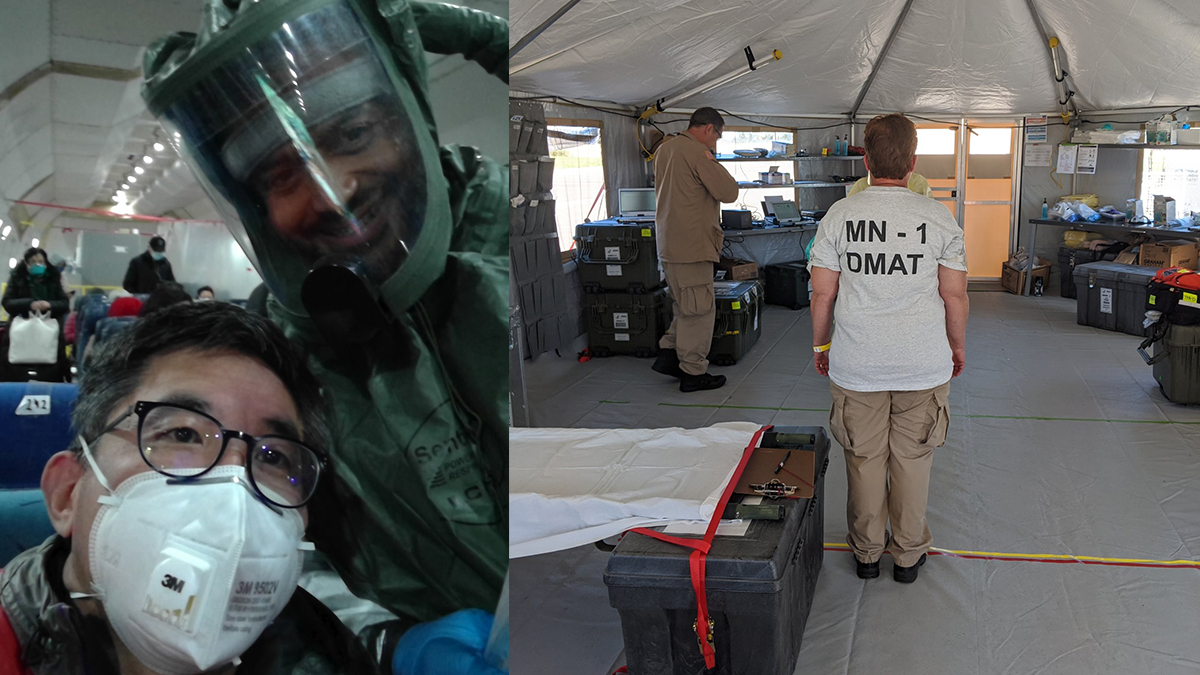 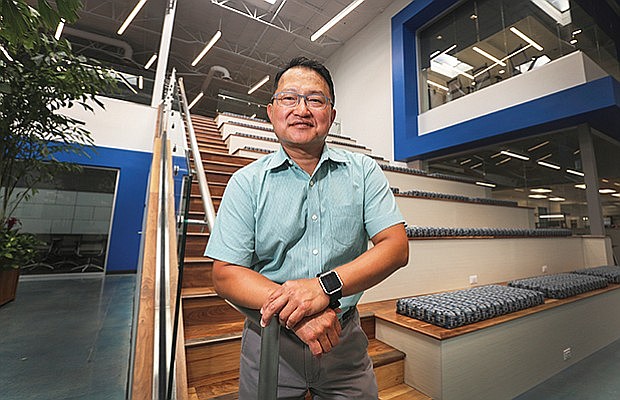 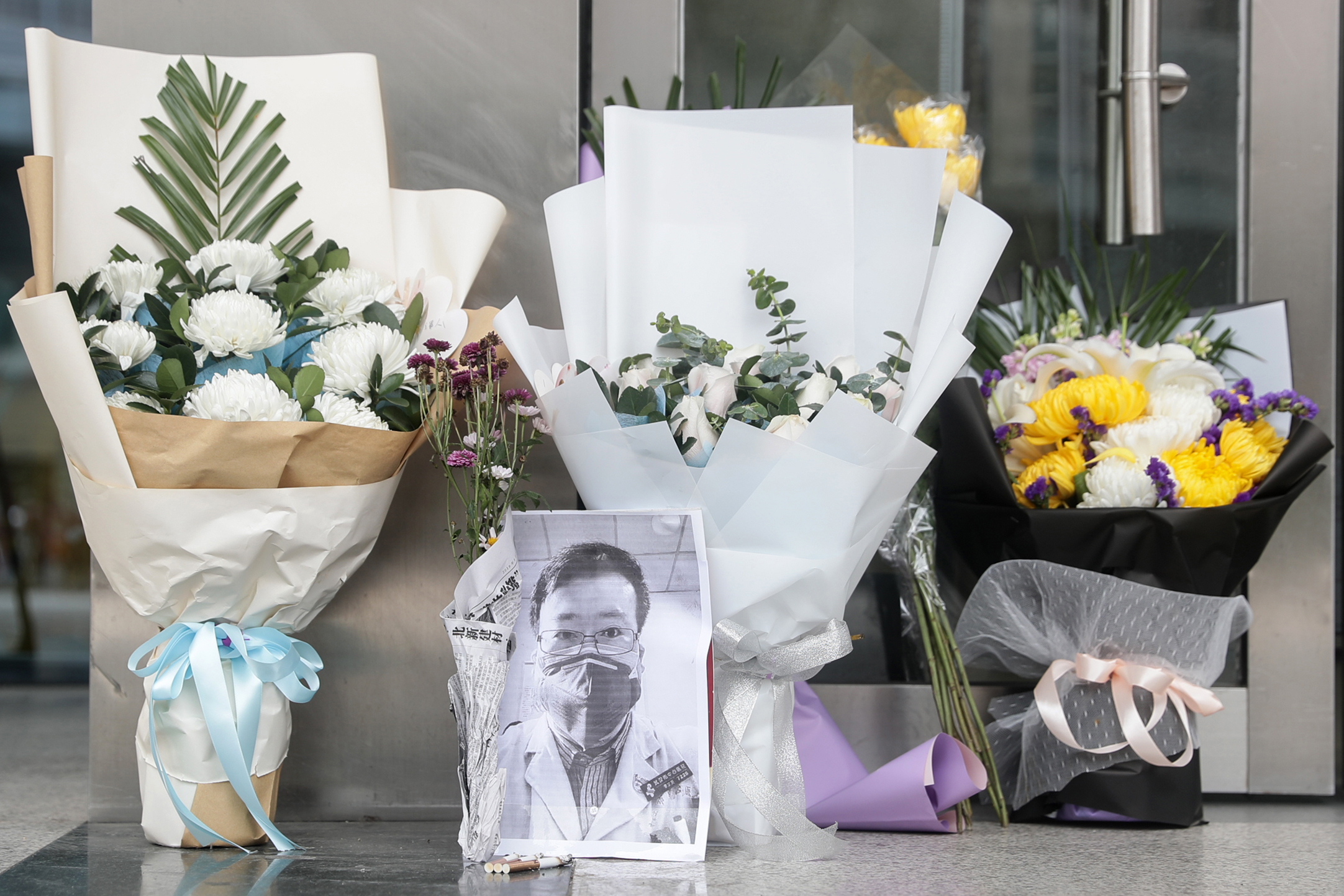