While nearly $340 million in federal relief funding was allotted to San Diego County, National City stands to receive about $1 million of that pot. The mayor told NBC 7 Investigates cuts to city services could become more drastic

Communities in South San Diego County have been hit the hardest by COVID-19. Areas along the border and in the South Bay are fighting hard to stem the tide of the pandemic’s reach. Now, local city governments in those communities are fighting to stay fiscally afloat as budgetary holes caused by the novel coronavirus threaten to sink them.

National City is among those local governments struggling to pay its bills.

“Due to the pandemic, we are now projected to sustain significant revenue losses of $4.8 million in the coming fiscal year,” read a June 2 letter from the municipality’s city manager to National City Mayor Alejandra Sotelo-Solis. 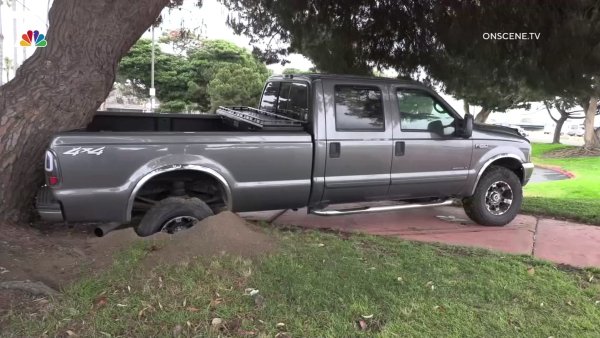 In response, the city has redirected money that was meant to fix storm drains to pay for the loss. Pools have also been closed and city leaders have decided to hold off on purchasing new cars and equipment for city workers.

In hopes to make up for the losses of sales tax revenues, National City leaders are calling on the federal government to help bail them out.

But their case appears hopeless due to the fact that the Coronavirus Aid, Relief, and Economic Security Act, also known as the CARES Act, is sending money to counties.

San Diego County supervisors voted to allocate a portion of the $339 million it received in federal funding to local city governments. Of that pot, $25 million will go to local municipalities. The county has decided to allocate the money based on population and not need.

As it’s currently set up, National City, which depends largely on sales tax revenues to pay for city services, will receive just over $1 million dollars in CARES Act funding.

For National City Mayor Sotelo-Solis, the pandemic took the wind out of the city’s strong budgetary sails.

That deficit means that cuts will undoubtedly be made, resulting in more unemployed San Diego County residents.

“This is our new normal,” added Sotelo-Solis. “And we have to be able to provide those resources and information to empower our residents and those small businesses.”

Especially worrisome, said Sotelo-Solis, is the fact that the virus may continue to spread and more local economies will struggle to stay right side up.

“We know there is going to be a second spike,” said Sotelo-Solis.

Of course, National City is not alone. Cities, colleges, and school districts are now forced to implement large-scale layoffs in order to make up for lost revenue from sales tax and tourism taxes.

According to the U.S. Department of Labor, cities throughout the country have shed 1.5 million positions from payrolls.

And while local municipal employees will likely face layoffs, residents of those cities could potentially face cuts to essential services, including police and fire departments.

“As we look at how we balance our budget, we want to make sure that National City doesn’t play second fiddle to anyone,” said Sotelo-Solis. “We need to make sure the city has the resources to give the sense of security to our community that they have what they need to make ends meet.”