U.S. coronavirus infections surged to top the world amid warnings that the pandemic is accelerating in cities like New York, Chicago and Detroit.

The U.S. now has more than 93,000 confirmed cases, surpassing China's 81,782 infections. New York state, the epicenter of the U.S. outbreak, reported 100 more deaths in one day, accounting for almost 30% of the more than 1,400 fatalities nationwide as doctors and nurses have spoken out about the dire risks they face. 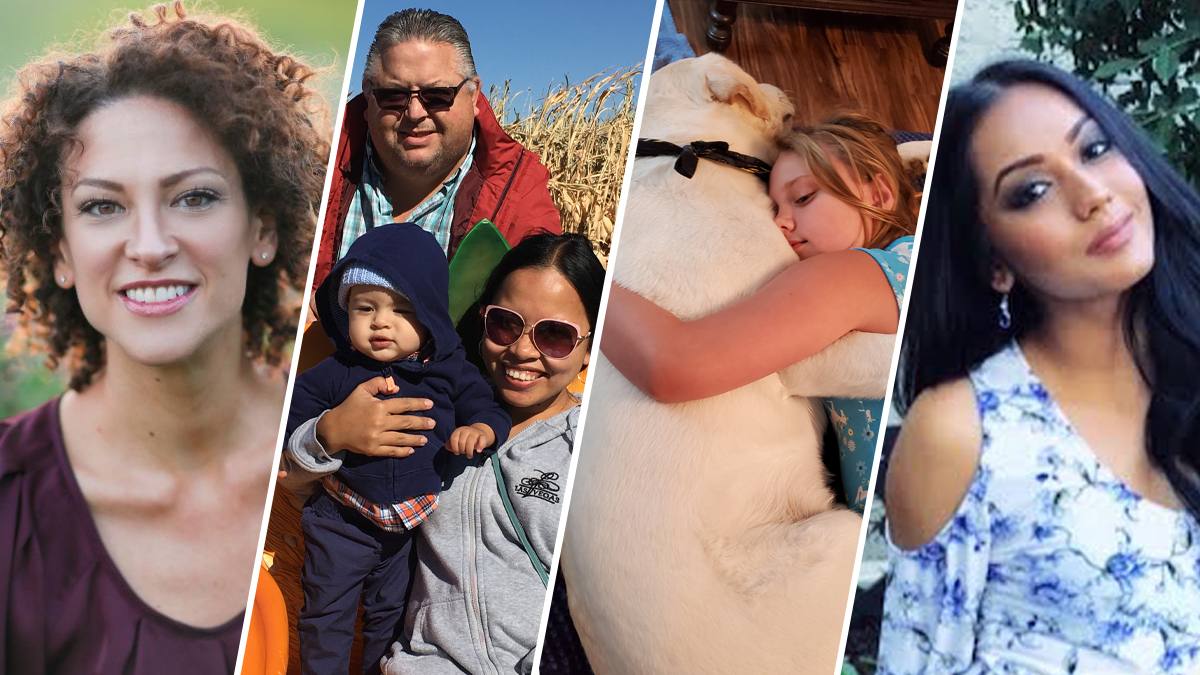 Here's the latest developments in the coronavirus crisis in the U.S.:

The United States has become the first country to exceed 100,000 confirmed cases of the new coronavirus.

The U.S. reached the grim milestone late Friday afternoon, according to a count by Johns Hopkins University. Deaths in the U.S. topped 1,500 on Friday.
Globally, the count of people with the virus was nearing 600,000.

President Donald Trump implemented the Defense Production Act, meaning the federal government can require private businesses to accept contracts to produce items needed in a time of war/crisis. In this case, Trump said he would have General Motors produce ventilators to be used by hospitals treating COVID-19 patients.

"Our negotiations with GM regarding its ability to supply ventilators have been productive, but our fight against the virus is too urgent to allow the give-and-take of the contracting process to continue to run its normal course," Trump said in a statement. "GM was wasting time.  Today’s action will help ensure the quick production of ventilators that will save American lives."

Some, including New York Gov. Andrew Cuomo, have urged Trump to implement the Defense Production Act earlier. Until now, Trump said he believed the private sector could fill the gap and provide needed equipment.

“It can’t just be, ‘Hey who wants to help? Let me know,’” Cuomo said on Monday. “We need to know the numbers of what we need to produce and who is going to produce that and when.”

The House approved the sweeping measure by a voice vote, as strong majorities of both parties lined up behind the most colossal economic relief bill in the nation's history.

It will ship payments of up to $1,200 to millions of Americans, bolster unemployment benefits, and offer loans, grants and tax breaks to businesses large and small.

Diana Farrell is pregnant in her third trimester, home with a toddler who is healthy now but who has had multiple lung infections and other illnesses over the last five months. A classical soprano who herself is recovering from pneumonia unrelated to the coronavirus pandemic, her performances have all been canceled or postponed.

“We are in total isolation to keep us both safe as possible, so my husband must report to work and make necessary runs for provisions,” said Farrell, who lives in Rancho Santa Margarita, in Orange County, California.

As the United States struggles to slow the spread of the novel coronavirus, and local and state governments shut down nonessential businesses, people are grappling with how to survive during a pandemic unlike any in modern times. They are despairing over finances, fearful for themselves, their relatives and neighbors, uncertain about the future and watching a world come to a stop.

“I pray for the health and safety for the world,” said Sarah Miller of Bedford, Texas, a self-employed pet sitter and dog walker who has watched her business evaporate. We are all in this together.”

NBC Owned Television Stations asked viewers and readers how their lives have changed in the last two weeks. Read their stories here.

NBC Owned Television Stations across the country asked our viewers and readers about your lives since coronavirus struck the country, leaving people grappling with how to survive during a pandemic unlike any in modern times.

The number of coronavirus cases in New York has soared to nearly 45,000 with deaths surpassing 500 by Friday morning, NBC New York reports.

Gov. Andrew Cuomo announced during his daily briefing that there are more than 6,000 hospitalized COVID-19 patients in New York, with almost 1,600 in intensive care.

New York City has shouldered the brunt of the impact, with over 25,300 cases across the five boroughs. Most of the patients are younger than 50 -- and 20 percent of NYC cases have been hospitalized.

"This doesn't attack the strong among us. It attacks the weak among us, the people we're supposed to protect," Cuomo said Friday. "These are our parents, our aunts and uncles, a relative who is sick. Every instinct says protect them, they need us. But those are the exact people this enemy attacks."

Cuomo said the state wants to build four more temporary hospitals in New York City within weeks, before coronavirus cases are projected to peak. The federal government is already constructing a hospital at a Manhattan convention center and a Navy hospital ship is due to arrive Monday in New York City, a global hotspot of the outbreak.

The Mercy set sail from San Diego on Monday and pulled into the Port of Los Angeles just after 11 a.m. ET. The one-time oil tanker was converted into a floating 1,000-bed hospital and will treat Non-COVID-19 patients in order to free up space in land-based hospital.

In Los Angeles County, the number of cases grew to 1,216 Thursday, including 21 people who have died, the LA County Department of Health said. There had been 559 new cases confirmed in the past 48 hours, and the department said the large increase was in part due to greater testing capacity that is allowing officials to identify cases.

As an emergency medicine physician in New York City, Dr. Kamini Doobay has always known that death is part of the territory when trying to care for the city's sickest.

But it hasn't always been like this — patients hit the hardest by the coronavirus, struggling to breathe and on ventilators, with no visitors allowed because of strict protocols to prevent spreading the virus.

“So often a patient will be on their deathbed, dying alone, and it’s been incredibly painful to see the suffering of family members who I call from the ICU, hearing the tears, crying with them on the phone," said Doobay, 31.

“Too many people are dying alone with absolutely no family around them," she said. “This is one of the most horrific things."

Southwest Airlines will cancel 1,500 daily flights starting Friday as demand for air travel continues to plummet amid the coronavirus outbreak.

The cuts represent a nearly 40% reduction of Southwest's 4,000 daily flights. The Dallas, Texas-based carrier said the cuts are expected to last until at least April 14.

Southwest doesn't charge flight rescheduling or cancellation fees, so you can reschedule or cancel any flight at any time for no cost.

For more information on refunds and travel credits for future flights, click here.

NYC Mayor on Crisis at NYC Hospitals: Help With Supplies 'Has to Keep Coming'

“When the president says the state of New York doesn’t need 30,000 ventilators, with all due respect to him, he’s not looking at the facts of this astronomical growth of this crisis,” de Blasio said on ABC's “Good Morning America.”

De Blasio spoke in response to comments President Donald Trump made Thursday when he told Fox's Sean Hannity, “I don't believe you need 40,000 or 30,000 ventilators. You go into major hospitals sometimes, and they’ll have two ventilators. And now all of a sudden they’re saying, ‘Can we order 30,000 ventilators?’”

Asked how many of the ventilators that can keep critically ill coronavirus patients alive the city has on hand, de Blasio said the city has received about 2,500 in the last week or so.

“This is going to get worse before it gets better,” de Blasio added.

Trump tweeted early Friday saying he had a "very good conversation" with China's President Xi Jinping about the virus. He added that the two countries are committed to working together amid the pandemic.

Trump has been criticized in recent weeks for calling the coronavirus, which originated in Wuhan, China, the "Chinese virus." However, he seemed to back off from the term this week, NBC News reports. Trump was asked about the change in language Thursday and said that the virus did come from China but "I think it was time" and that "I don't have to say it, if they feel so strongly about it."