In the midst of all the huge concert announcements over the last couple weeks, Humphreys Concerts By the Bay has quietly rolled out its own lineup of upcoming shows. In addition to a few big names already on sale (Kenny Wayne Shepherd, Johnnyswim and Lord Huron), the 1,400-seat live-music venue situated on prime San Diego Bay real estate just announced a multi-show taste of its upcoming 2019 concert season.

With the full season lineup expected to drop within the next few weeks, there looks to be something for nearly everyone on the calendar as it stands already. Well-known names in rock/pop ranging from Yes' Jon Anderson and Men at Work's Colin Hay to Violent Femmes, Los Lonely Boys, O.A.R., and Little Feat pepper the summer months.

Fans of the '80s can rejoice, too, as the venue has booked Howard Jones with Men Without Hats and All Hail the Science on July 12, along with Lost '80s Live (which features A Flock of Seagulls, Wang Chung, Missing Persons, the Motels, and more) on Aug. 17.

Country music legend Willie Nelson is scheduled to perform on May 15, and with his health struggles over the past couple of years, one can only wonder if this will be one of his last tours. Don't risk it, snag tickets here while you can. 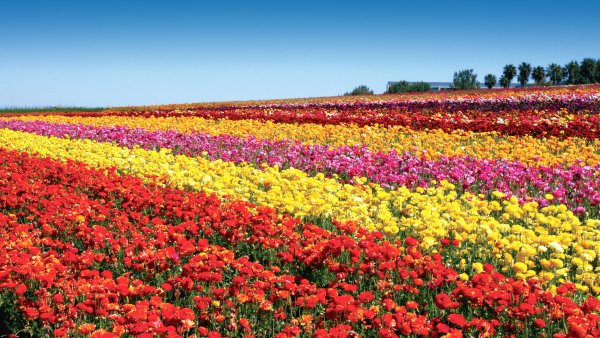 Get Ready to Frolic, ‘Escape Into Color' at Carlsbad's Famous Flower Fields

Perhaps the biggest get though is none other than Rob Thomas on June 20. Known, of course, for fronting Matchbox 20 back in the late '90s and early '00s, Thomas has gone on to a hugely successful pop music solo career -- with this upcoming tour coinciding with the anticipated release of his fourth studio album, "Chip Tooth Smile," in April.

For more info and to purchase tickets, visit the Humphreys website here. Stay tuned for the venue's full 2019 season concert lineup as it's announced.