So Where's the Rain, Smart Guy?

Actually, it rained a bit in isolated areas yesterday and more is expected -- so there! -- but when and how much?

San Diegans should expect light, scattered showers into the late afternoon on Thursday. Heavier, steadier rain is expected around the time of the evening commute, which should make for tough going since roads will be slick with oil from that initial drenching.

The storm stalled to the southwest and really didn't move into the county until about 9:30 a.m. Thursday. As a result, it is running more than 10 hours behind earlier predictions. The delay has also diminished the water content.

Scattered showers are expected to continue into early Friday, by which time around one-quarter inch of rain in the valleys and on the coast is expected to fall, with maybe twice that amount in the foothills and mountains. It's a fairly warm storm, so the forecast is for rain, not snow, to hit the mountains of Southern California. That means there will likely be some snow melt at SoCal resorts. 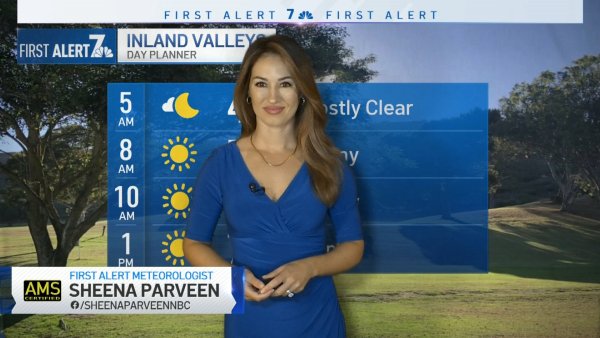 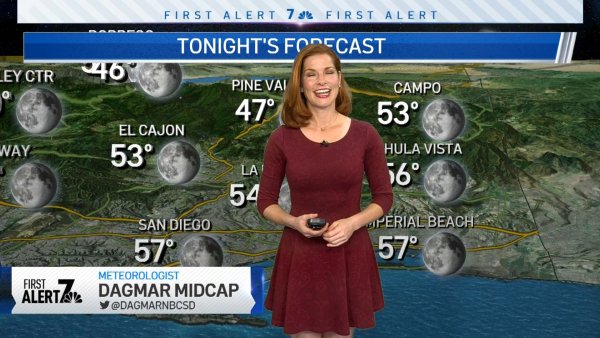 The good news is a second storm is following the first. It will be much colder and more potent, and is due to arrive late Sunday. This storm should bring at least twice as much rain and possibly up to a foot of snow in the mountains, with the possibility of 3 feet of powder falling in the highest elevations of the ski resorts at Big Bear, Wrightwood and Mount Baldy.