Here’s a list of some highlights to watch at the Tokyo Olympics on July 26, 2021 – which starts Sunday evening San Diego time -- and their results, including medals in swimming and skateboarding and some local ties with USA's rugby team.

Katie Ledecky has been breaking world records since she was 16 and this year could be more of the same. She is already one of the most decorated female swimmers of all time.

Could she become the first American woman to reach 10 career gold medals? Australian swimmer Ariarne Titmus could get in the way.

In the 400m freestyle, U.S. swimmer Katie Ledecky won silver, losing to her Australian rival Ariarne Titmus in a much anticipated show down.

"I fought tooth and nail and just gave it my all," Ledecky said immediately after the race. "I can't be disappointed with that."

The night did not come without some disappointment. Eighteen-year-old Torri Huske finished fourth in the 100m butterfly, just one-hundredth of a second out of bronze medal position, the smallest possible margin in swimming. Huske was a favorite to medal, but ultimately failed to reach the podium. Canada’s Maggie MacNeil took home gold.

American Michael Andrew also just missed the podium in the men’s 100m breaststroke, finishing fourth . While it is a disappointing result, Andrew will have a chance to redeem himself in the 200m individual medley and 50m freestyle.

Find out how to watch swimming throughout the Olympics, here.

Much of Team USA's men's rugby team spends time training at the Chula Vista Elite Athlete Center, so it's almost like they're local.

Before rugby star Perry Baker headed to Tokyo, he chatted with NBC 7's Steven Luke for the Olympic Dreams podcast. He lives in San Diego and spends much of his time giving back to the community.

On Sunday San Diego time, Baker and his team will compete against Kenya in the first of three pool play sessions. Watch Team USA at 7:30 p.m. PDT.

History was made when medals were awarded in Women's Street Skateboarding, one of the newest sports at this year's Olympics.

Eight skaters performed two runs and five tricks as they compete for the first Olympic medals in women's skateboarding.

Keep reading for the results.

Nishiya helped the host nation sweep both the street competitions after Yuto Horigome won gold in the men's event the previous day. Nishiya made more history in addition to winning the events Olympic debut; she also became one of the youngest Olympic gold medalists ever.

American Alexis Sablone finished fourth after scoring 13.57 points, just missing the podium. Sablone, a seven-time X Games medalist (winning in 2015, 2012 and 2010), grew up in Connecticut and started skateboarding at the age of 10.

Smith only has one X Games medal, but it was a historic one. Back in 2013, Smith claimed silver in the park event at just 12 years old, becoming the youngest medalist in X Games history. 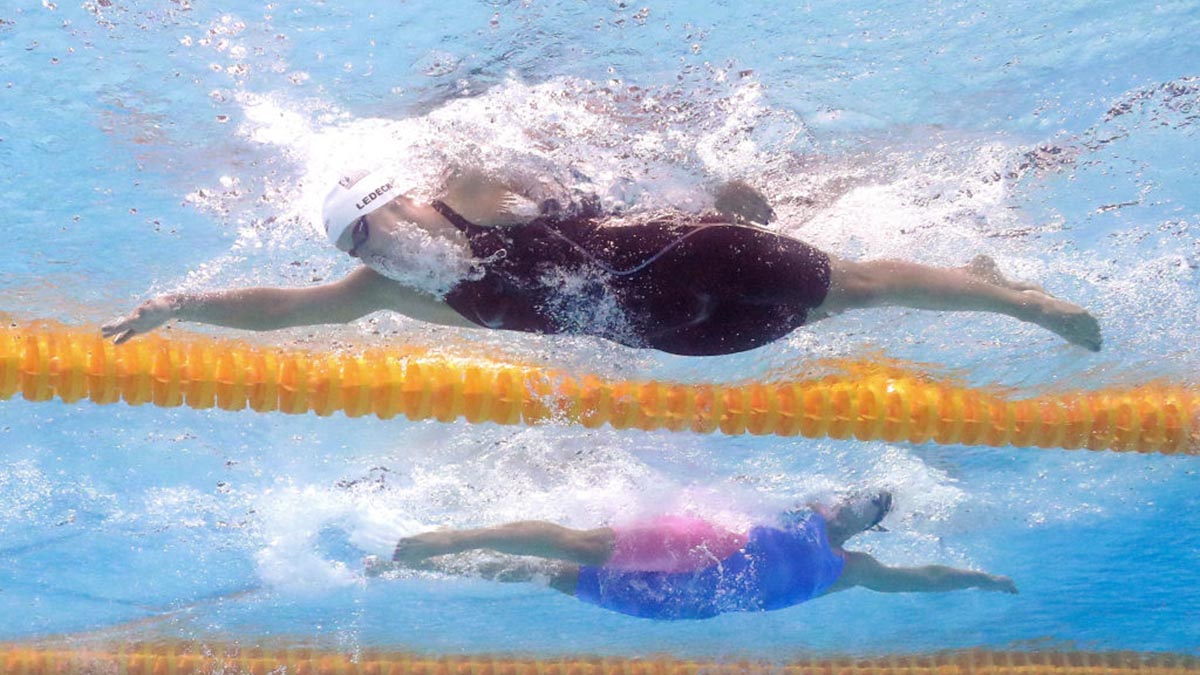 The New Olympic Events Debuting in Tokyo for 2021 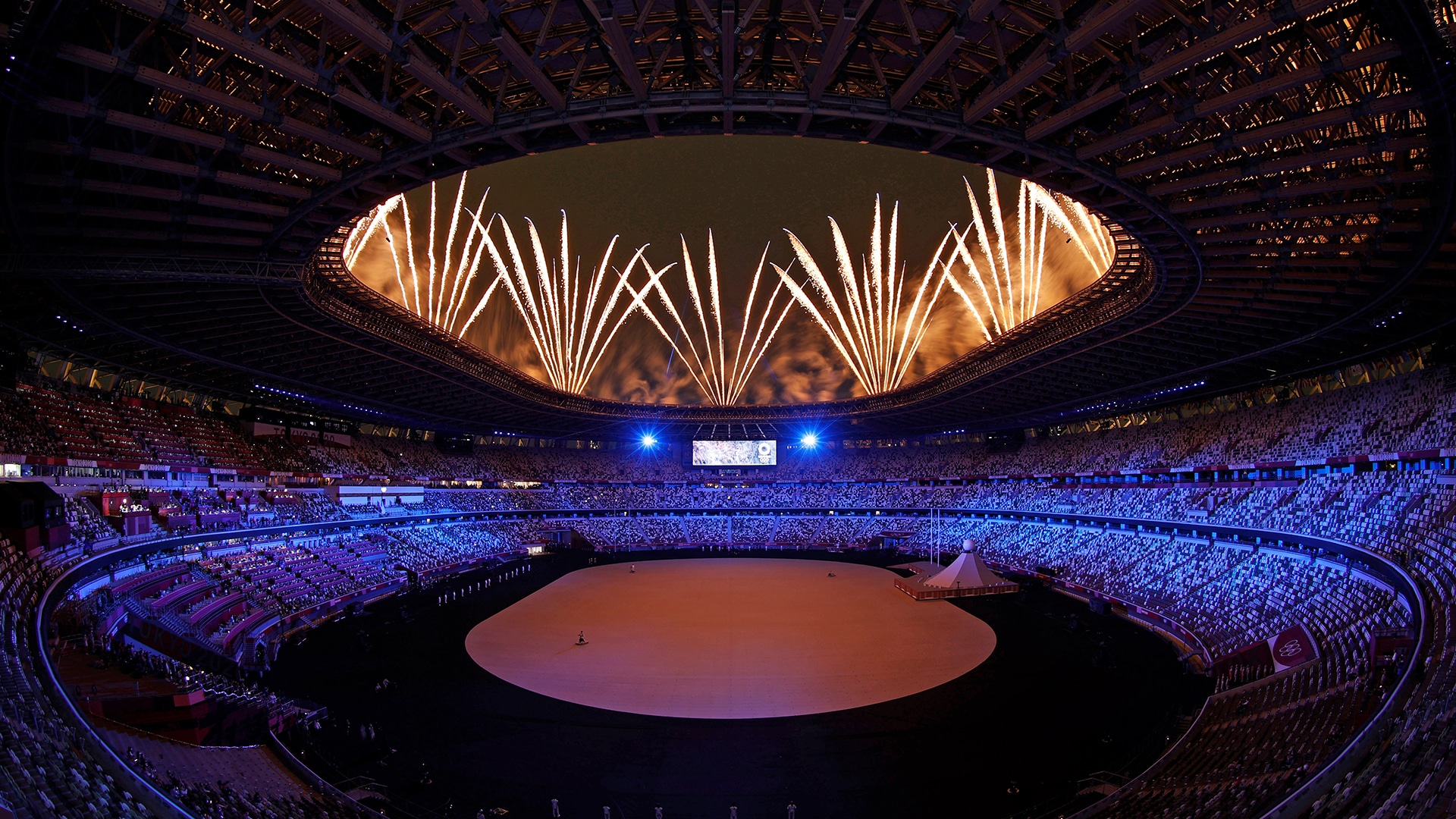 The Tokyo Olympic Games Are Here! Here's Everything You Need to Know

Watch These Olympians Try Their Hand at Origami

The U.S. men's gymnastics team missed out on a medal in the team event for the third straight Olympics after finishing in fifth place at Monday's final.

Team USA had the fourth-best score in team qualifying but finished just behind fourth-place finishers Great Britain by just over a point.

The U.S. men’s gymnastics team finished in fifth place at Monday’s team event, failing to place for medals for the third Olympics in a row.

5) U.S. softball walks it off to finish preliminary round undefeated

In its last match of the preliminary round, the U.S. softball team earned a walk-off win when Kelsey Stewart hit a solo home run. Japan nabbed the early 1-0 lead in the first inning before the Americans equalized in the sixth.

The U.S. had already advanced to the gold medal round before the match began and has now finished the preliminary round a perfect 5-0.

Team USA has won against Canada, Mexico, Italy, and Australia so far. The only time Team USA has gone undefeated through the entire tournament was at the 2004 Athens Olympics. The team went undefeated in the group stage at the 2008 Beijing Olympics before falling to Japan in the gold medal game.

The offense has only posted seven runs so far in Tokyo, but it has been backed up by tremendous pitching. Monica Abbott gave up the first run of the Games to Australia on Saturday night.

Beds in the Olympic Village are drawing a lot of attention. NBC 7's Steven Luke spoke to athletes about why.