Curling’s most unlikely fan grew up wearing shoulder pads and didn’t understand the implications of sweeping a sheet of ice until his mid 20s. He didn’t learn to curl at a young age, nor did he compete on any curling teams throughout his adolescence or adulthood.

Instead, this curling superfan doubled as a star NFL tight end with the San Francisco 49ers and Washington Football Team. Despite not learning about his second-favorite sport well into his 14-year football career, Vernon Davis found an instant connection with seeing stones on ice.

“I was introduced to curling when I was back in San Francisco,” Davis said in an interview with NBC LX’s My New Favorite Olympian series. “Curling? What is that? … You just watch that stone as it starts to spin and it’s going to the destination you want it to go to. It’s just a joy when it actually gets there.” 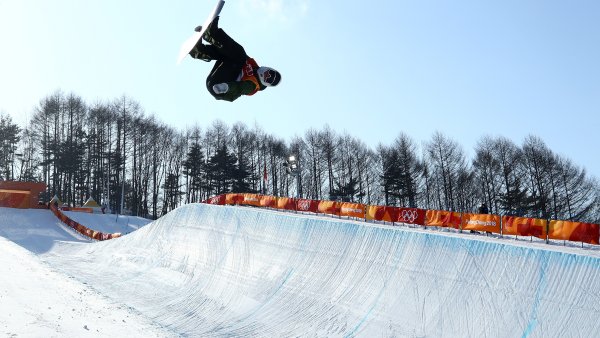 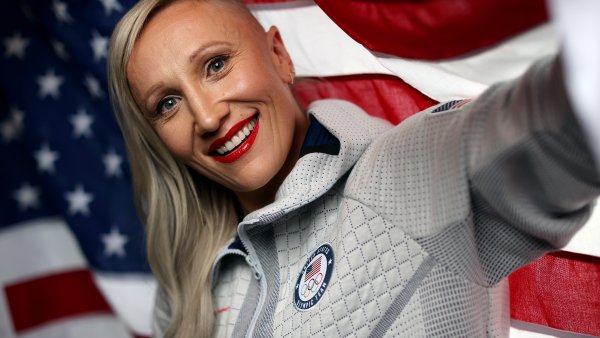 Davis is more than just a former American football star and honorary captain of Team USA (both men’s and women’s combined). He is an advocate for the sport itself – one that he did not have access to or knowledge of as a child, which is the exact narrative he is looking to change.

“Watching Vernon Davis left a vivid impression on me because he was an unexpected ambassador, not just a football player,” said Debra Martin, a New Jersey curler who also found her love for the sport later in life.

“I lived 15 minutes from the only dedicated curling club in New Jersey for 15 years and didn’t know it was there,” added Martin, who is the co-founder of USA Curling's Ice Breakers program.

Here’s everything you need to know about Davis and how he joined Martin to help kickstart curling’s push towards inclusivity.

Who is Vernon Davis?

Where did Vernon Davis play in college?

The tight end played college football at the University of Maryland.

What teams did Vernon Davis play for?

Davis played the first 10 seasons of his career in San Francisco. He was named to two Pro Bowls during that stretch and played in one Super Bowl under Jim Harbaugh.

He was traded in the middle of the 2015 NFL season to the Denver Broncos, where he won Super Bowl 50 against the Carolina Panthers.

When did Vernon Davis first get involved with curling?

Davis has been hooked on curling since the 2010 Vancouver Olympics.

He has been involved in the last three Winter Olympics. As soon as the USA curling team heard of its passionate new fan, it chose to crown him honorary captain, a role he served at the 2010 Winter Games, the 2014 Sochi Winter Olympics and the 2018 PyeongChang Winter Olympics.

Technically, no. Davis does not actually compete for Team USA, so we won’t exactly be seeing him light up the ice this year in Beijing. However, he is as close to being a team member as you can get. The NFL player was simply a curling fan, and now he is the honorary captain of Team USA.

As an honorary captain, Davis is treated as a VIP, performs public service announcements for the team and is invited to attend all USA curling events.

“We’re definitely honored to have someone of his talent stepping out of his normal space on the football field to help support the sport of curling,” COO for USA Curling Rick Patzke said.

Beijing will be Davis’ fourth time attending the Winter Olympics.

How has Vernon Davis helped others learn to curl?

Davis partnered with USA Curling during a sponsorship agreement with Cheetos.

Davis, along with rapper Todrick Hall and Pro Football Hall of Fame running LaDainian Tomlinson, created a promotional video called “Teach Me How to Curl,” a parody of Cali Swag District’s famous “Teach Me How To Dougie.”

While Davis definitely has a blast participating in the camaraderie of curling, he is also adamant about its need for diversification.

What is the controversy with curling?

Tension soared in 2020 when millions of American citizens walked streets protesting racial injustice. As a result, an imminent question about curling specifically, came to light: Why is this sport so white?

Following such events, Team USA Curling formed a Diversity and Inclusion Committee and partnered with Martin’s Ice Breakers initiative to advocate for the sport’s inclusivity.

Team USA Curling captain and five-time Olympian John Shuster told NBC LX that he always viewed curling as an inclusive sport but that being part of Ice Breakers has made him see that “maybe we aren’t the most inclusive.”

In 2020, every Team USA curling coach was white and only one out of 37 curlers was a person of color. It is seemingly similar to how 94% of hockey players and 96% of skiers and snowboards are white. However, curling’s exclusivity is attributed to more than just its popularity in the United States. How about where the sport was born?

Team USA Curler Monica Walker believes curling’s history is the reason for its exclusivity. Often paired with golf or tennis, the sport began its prevalence in more elitist-type atmospheres.

“From what I know about U.S. country club culture is that it tends to be very white, male, upper class, and I think that’s really limiting to how the sport is presented to the general population,” Walker said.

What is Ice Breakers and how will it diversify the sport?

USA Curling announced its Ice Breakers initiative in 2020 with the help of co-founders Debra Martin and Dean Gemmell in hopes to diversify the sport at the local level.

“The goal is to use things that are already in place and not to reinvent the wheel,” Martin told NBC LX. “We are just trying to bolt on a more intentional recruitment effort onto the things clubs are already doing.”

Within Ice Breakers, there are numerous activities individuals can take part in to improve their skill: “Learn to curl,” “curling experiences” and “open houses.” Martin and Gemmell spend time working with participants to hone their craft. Ice Breakers promotes mentorship, sportsmanship and education to promote positive change throughout the curling community. With the help of USA Curling’s Diversity and Inclusion Committee, new talent will be detected and love for the sport will prevail, just as it did for Martin and Davis.

“There is definitely going to be a learning curve, and we’ll use the knowledge we gain from this first season to improve and quickly expand participation in the years ahead,” Gemmell said in a press conference for USA Curling.

“The curiosity around curling peaks with every Olympic cycle,” Martin said in an interview with NBC LX.

Therefore during the 2021-22 season, the organization anticipates seeing the most participants yet.

For more curling coverage, check out American Rock Stars, which is narrated by Nick Offerman and follows John Shuster and his team of self-described "scrappy regular guys from Middle America" as they prepare to defend their gold medal at the 2022 Winter Olympics. All four episodes of American Rock Stars will premiere on Jan. 26 on Peacock. View the trailer here.