"I can think of no one better suited, better prepared, I can think of no one with the integrity, no one more committed to the fundamental principles that make this country what it is than my good friend," said Clyburn, appearing with Biden at an event in North Charleston.

He called on the people of South Carolina to “stand with” Biden.

It had long been expected that Clyburn, the House majority whip, would support Biden. The men were in Congress together for more than a decade, with Clyburn also working closely with the Obama administration in his House leadership roles. Biden was among the presidential hopefuls and other political notables who attended two days of funeral and homegoing services last year for Clyburn's wife, Emily. 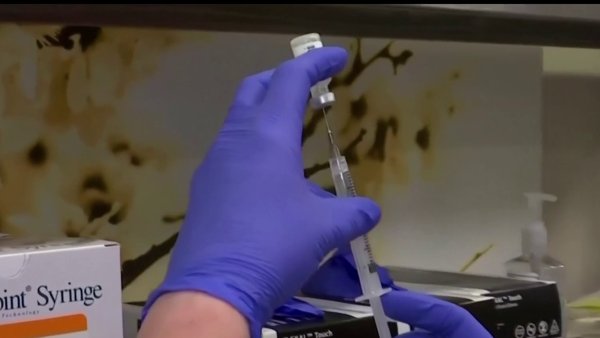 The support could help Biden avoid limping across the finish line in Saturday's balloting in South Carolina, where he has long led in polling, particularly among the black voters, who comprise most of the Democratic electorate. But that lead has tightened in recent months, in part because of Vermont Sen. Bernie Sanders' momentum after success in other early state contests. Another factor is the focus of candidates including California billionaire Tom Steyer, who has spent millions of dollars on ads in the state and worked to build relationships with black voters.

Biden, taking the podium from Clyburn on Wednesday, thanked his longtime friend but then quickly slipped into an opaque reference to Sanders.

Biden went on to note Clyburn's role in securing the Democratic votes for the 2010 health insurance overhaul that ranks as President Barack Obama's signature domestic achievement. Biden said his proposal for a "public option" insurance plan to expand coverage under "Obamacare" would build on Clyburn's work rather than "start from scratch" with single-payer government insurance that Sanders proposes.

"What people are looking for is some hope, some reassurance, some notion that 'I can take care of my family,'" Biden said.

Biden also used the Clyburn endorsement to repeat an idea he mentioned, almost casually, at the end of Tuesday's presidential primary debate, to nominate a black woman to the Supreme Court.

"As president, I’d be honored to appoint the first African American woman. Because it should look like the country. It’s long past time," Biden said, recalling that Obama nominated the court's first Latina, Justice Sonia Sotomayor.

Following poor finishes in Iowa and in New Hampshire, Biden notched a second-place finish in the Nevada caucuses, a status he said positioned him to do well in South Carolina, a state that can be a bellwether for other Southern states and has been referred to as Biden's "firewall" of support.

Earlier this month, Clyburn gave some insight into his thinking when he said that he was watching efforts by several campaigns aiming to cut into Biden’s support in South Carolina. Clyburn noted that Steyer, in particular, is doing “an incredible job."

Asked directly if South Carolina is Biden’s “firewall,” where success or failure could make or break his campaign in the states that follow, Clyburn said, “Well, I don’t know. We will see.”

Biden said Wednesday that despite Clyburn's endorsement “nothing is expected or guaranteed," and he promised to continue working for votes. But, he said, "If you send me out of South Carolina with a victory, there will be no stopping us. We will win the nomination. We will win the presidency. And, most importantly, we will end the fear ... of a second term for Donald Trump.”

Clyburn hosted Biden and nearly two dozen other Democratic hopefuls last summer at his fish fry, which began in 1992 in a parking deck near the South Carolina Statehouse as a way to thank volunteers who helped him secure his first congressional victory. Through the years, the fish fry has blossomed into a showpiece event for Democratic politicians in the state and as a must-stop event for the party's presidential contenders aiming to build support in the state.