What do Sandra Bullock, Jennifer Lawrence and Miley Cyrus all have in common?

Well, probably not a whole lot, but they have all been named the Entertainers of the Year by Entertainment Weekly.

The three ladies are joined by Tom Hanks, the creators of "Breaking Bad," Matthew McConaughey, the cast of "Scandal," Grumpy Cat and many more. 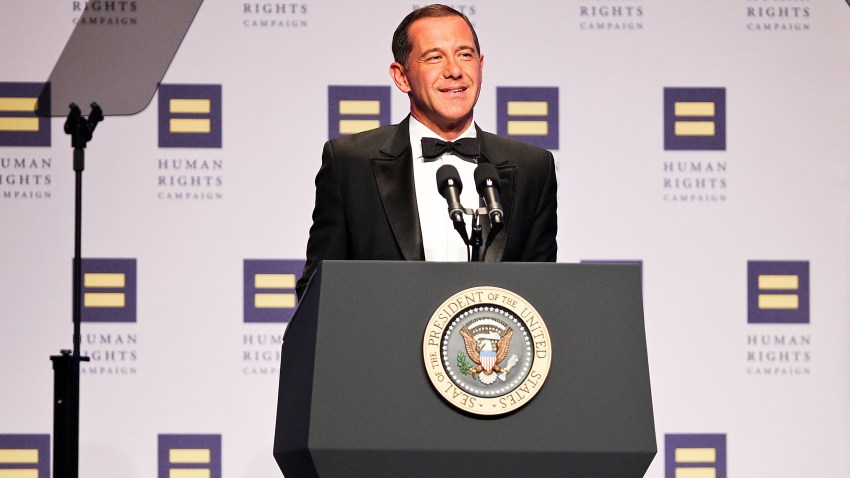 The "Gravity" actress graces the cover of the magazine, looking mighty lovely in a white gown, and jokes about her close relationship with George Clooney.

"I'm so embarrassed for him. It's a booty call," she said. "But then he wants the commitment and the marriage and I'm like, 'Dude, I don't have the time.' And he's all, 'But I'm not a one-night-stand kind of guy.' Well, then I can't."

She added, "Drunk-dialing is what it is George. I just need an hour of your time."

And this isn't the first time these two have joked about their late-night faux love affair.

"Let me tell you about Sandy. Yeah, she may say that she's not all that attracted to me. But she calls every night at three in the morning drunk," Clooney joked. "'Hey George, what are you doin'?' Nonstop. And then I just send her a bottle of tequila."

But all kidding aside, Bullock opened up about her love life and shared that she's not quite ready to dip her toe in the dating pool.

"If it should come along, great. But I feel like I'm not missing anything yet. Maybe one day I will. But my son is three years old, which is an amazing age. Four is an even better age. So if something happens, great, but if not, I've got plenty to do."

PHOTOS: The many women of George Clooney