Pope Sends Strong Message to US Catholics After Floyd Death

In a U.S. election year, the intensity and consistency of the Vatican’s reaction suggests that it is trying to make a clear statement about where American Catholics should stand ahead of President Donald Trump's bid for a second term in November

Pope Francis called George Floyd by name, twice, and offered support to an American bishop who knelt in prayer during a Black Lives Matter protest.

Cardinals black and white have spoken out about Floyd's death, and the Vatican’s communications juggernaut has shifted into overdrive to draw attention to the cause he now represents.

Under normal circumstances, Floyd’s killing at the hands of a white police officer and the global protests denouncing racism and police brutality might have drawn a muted diplomatic response from the Holy See. But in a U.S. election year, the intensity and consistency of the Vatican’s reaction suggests that, from the pope on down, it is seeking to encourage anti-racism protesters while making a clear statement about where American Catholics should stand ahead of President Donald Trump's bid for a second term in November.

Francis “wants to send a very clear message to these conservative Catholics here who are pro-Trumpers that, ‘Listen, this is just as much of an issue as abortion is,’” said Anthea Butler, a presidential visiting fellow at Yale Divinity School.

The Vatican has long spoken out about racial injustice, and popes dating to Paul VI have voiced support for the civil rights movement and Martin Luther King Jr.’s message of nonviolent protest. History’s first pope from the global south is no different. He quoted King at length during his historic speech to the U.S. Congress in 2015 and met with King’s daughter, as his predecessor had done.

With nationwide protests for racial justice still reverberating, signs of action are emerging across the country.

But the degree to which Francis and the Vatican have seized on Floyd's killing is unusual and suggests a coordinated messaging strategy aimed at a national church that Francis has long criticized for its political and ideological partisanship, said Alberto Melloni, a church historian and secretary of the John XXIII Foundation for Religious Studies in Bologna, Italy.

“It’s not like seven people had the same type of reaction” by chance, Melloni said.

Last week, Francis denounced the “sin of racism” and twice identified Floyd as the victim of a “tragic” killing. In a message read in Italian and English during his general audience, Francis expressed concerns about violence during the protests, saying it was self-destructive.

He also said, “We cannot close our eyes to any form of racism or exclusion, while pretending to defend the sacredness of every human life.”

It was a clear effort to call out some conservative Catholics for whom the abortion issue is paramount, while other “life” issues dear to Francis — racism, immigration, the death penalty and poverty — play second fiddle at the ballot box.

Francis has firmly upheld the church's opposition to abortion. And polls show a plurality of American Catholics support significant restrictions on legal abortion.

But Francis has also lamented that the U.S. church is “obsessed” with abortion, contraception and gay marriage to the detriment of its other teachings. Trump is staking his outreach to Catholic voters largely on his anti-abortion platform.

Hundreds of mourners visited the Fountain of Praise Church in Houston, Texas, to pay their respects at the funeral of George Floyd, who was killed by a Minneapolis police officer on May 25. Floyd’s death has sparked weeks of protests against police brutality in cities around the world.

Francis spoke out June 3 after Trump posed in front of an Episcopal church near the White House, Bible in hand, after law enforcement aggressively forced protesters away from a nearby park.

A day later, Trump visited the St. John Paul II shrine, a visit denounced by the highest-ranking African American prelate in the U.S., Archbishop Wilton Gregory of Washington, D.C., whom Francis appointed to the politically important position last year. Gregory said he found it “baffling and reprehensible that any Catholic facility would allow itself to be so egregiously misused and manipulated.”

In that vein, the pope’s phone call to Texas Bishop Mark Seitz of El Paso last week appeared quietly significant. Seitz has taken a leading role in demanding fair treatment for migrants attempting to cross the southern U.S. border, a cause Francis has championed in ways that have fueled tensions with Trump.

Francis called Seitz unexpectedly after he was photographed kneeling in prayer at a Black Lives Matter protest. Seitz said the pope thanked him without mentioning the demonstration, but the context was clear: “My recent words and actions on the events that are taking place in the country now" after Floyd's killing.

Francis was not alone in making the Vatican’s views known.

While the Holy See would be loath to be seen as picking sides prior to the U.S. election, its media operation has made clear its backing for peaceful protests, denouncing injustices suffered by black Americans and underlining its longtime support of King’s message. 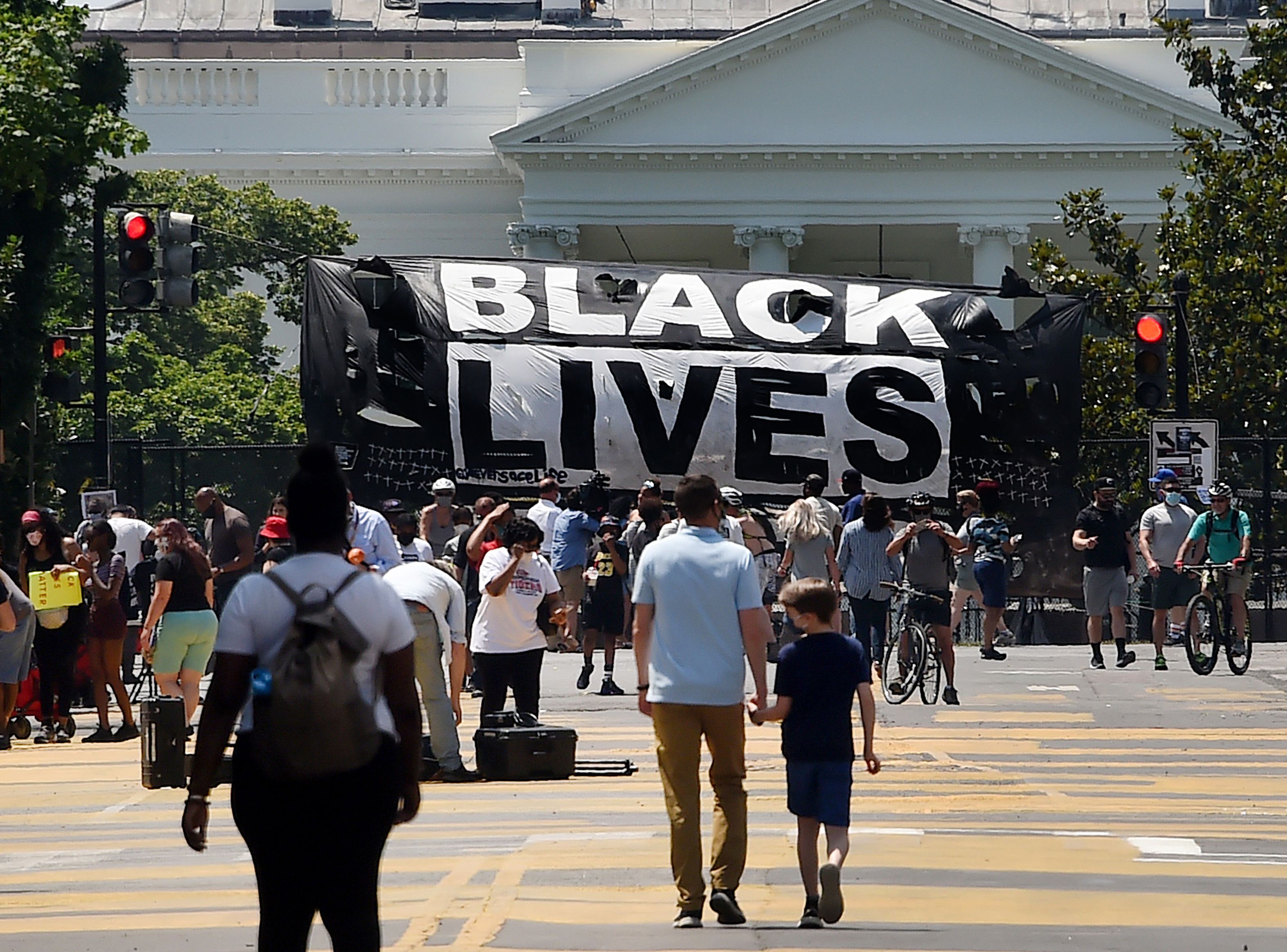 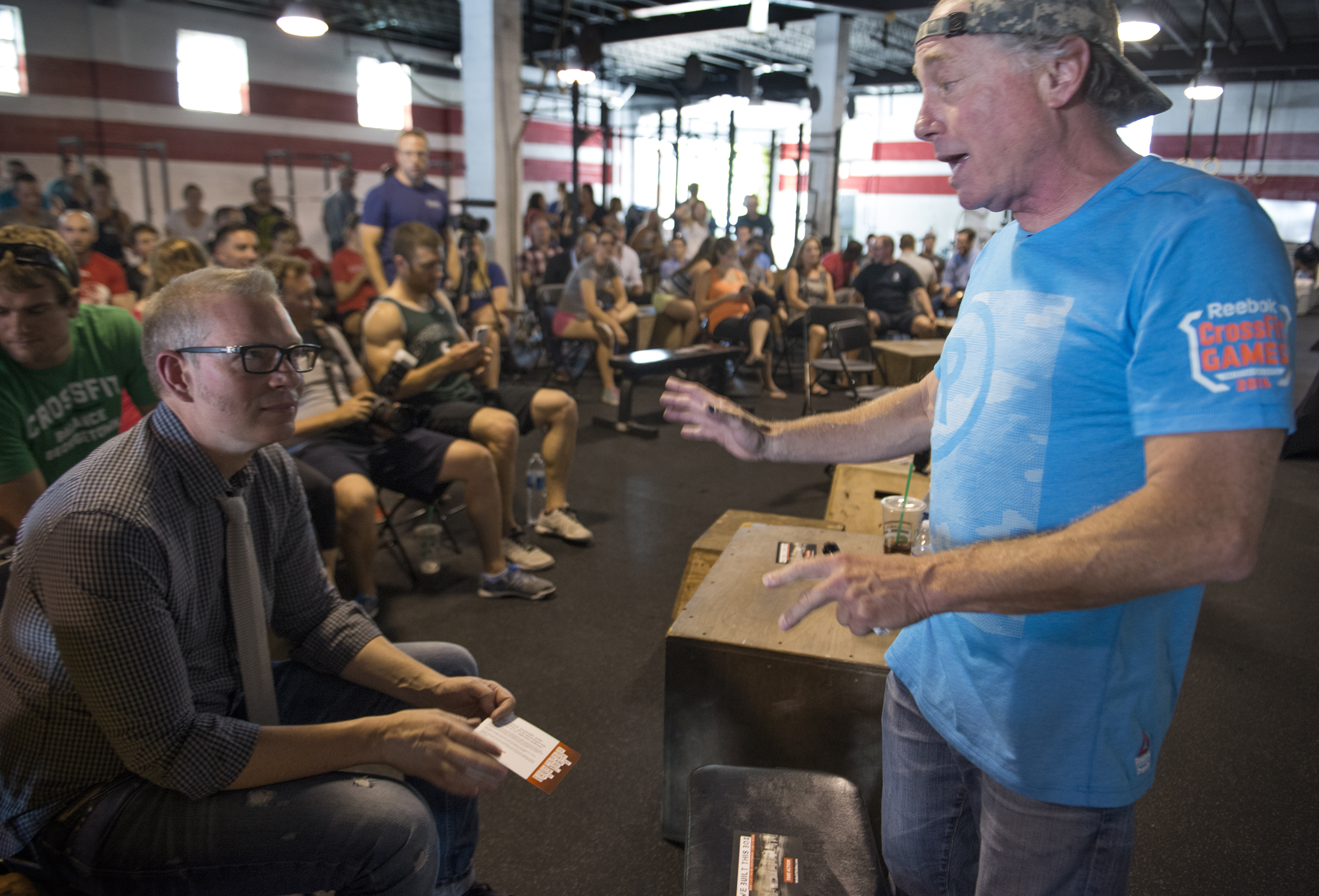 Sunday’s L’Osservatore Romano newspaper featured three Floyd-related stories on its front page. The first was that 1 million people were expected to protest that day in Washington.

A second story was about a video showing two U.S. police officers shoving 75-year-old Martin Gugino, a white Catholic protester, to the ground in Buffalo. “Go watch it, please," the article said.

Its third story was about a prayer service presided over by the highest-ranking American at the Vatican, Cardinal Kevin Farrell, who decried how America’s constitutional ideals were failing its black citizens.

In an interview, Farrell said he has spoken to Francis in the past about America’s race problems, which he saw up close as an auxiliary bishop in Washington. Farrell said Francis is well versed in King and American history.

Natalia Imperatori-Lee, a professor of religious studies at Manhattan College, said the Vatican’s message is having an effect on American Catholics.

“We are starting to see a kind of fissure emerge,” she said. “Whether that’s going to be long lasting or whether it is a sign of a paradigm shift, I think it’s too early to tell.”

A poll from the nonprofit Public Religion Research Institute last week found that the share of white Catholics holding favorable views of Trump had dropped by double digits since last year, registering 37% in the last week of May compared with 49% across 2019.

The test, Imperatori-Lee said, will be if priests are still preaching about racism in six months. And beyond that: “I guess we’ll know if this works when Catholics go to the polls in November.”