Fans can now take home a piece of San Diego Stadium -- The Murph, The Q, SDCCU Stadium... whatever you like to call it -- in the form of a pair of blue stadium seats

Maybe you remember arriving early to a sea of empty blue seats to watch the San Diego Padres' batting practice. Maybe you recall fumbling to lower that seat with hands full of hot dogs, beer and nachos while cheering on the (then) San Diego Chargers. Maybe you were one of the fans lucky enough to catch a Super Bowl or a World Series from one of those seats.

Before the stadium in Mission Valley, originally called San Diego Stadium, is gone for good, local sports fans have a chance to take home those memories -- in the form of a pair of stadium seats.

SDSU, the now-owners of the 135 acres of land that the stadium sits on, are selling off the navy blue seats to fans starting on Dec. 1 through Nov. 30 (presale is available now for those with a specific code.) The seats will be sold in pairs for $299, and fans are limited to two purchases. The seats must be picked up at the stadium in mid-December.

"We wanted a price that we thought would be fair and would encourage the most people possible in San Diego to be able to afford to purchase them," said Aztec Stadium General Manager Adam Millar.

SDCCU Stadium (The Murph, The Q, SDCCU Stadium... whatever you like to call it) is slowly being torn apart to be transformed into a Mission Valley campus for SDSU -- complete with housing, retail, parkland, and, of course, it's own stadium.

SDSU bought the site from the city for $88 million and the project will cost about $3.5 billion over the next 15 years. Funds from the stadium seating sale will go towards those costs.

SDSU also plans to sell other items from SDCCU Stadium, including parking lot signs, section signs and more, via an online auction from Dec. 14 to 16. Tim Shaffer with Heritage Global Partners said anything and everything that kept the stadium running is up for auction. 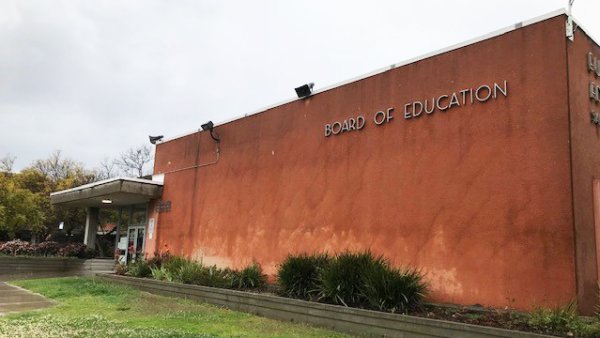 "Aside from the signage, there’s street sweepers, there’s lawnmowers, there’s everything that was used to maintain the field as well as the surrounding grounds equipment," Shaffer said.

Shaffer expects the auction to be competitive. He encourages fans to get familiar with the auction website ahead of time. And, if there's an item you have to have, here's a pro tip: pay attention to the last second, Shaffer says.

The catalog is already up and can be viewed here. Registration for the auction is already open.

Local media, including NBC 7's Artie Ojeda, were invited to tour the stadium one last time on Tuesday.

The first game ever played in the stadium was a pre-season football game between the Chargers and Detroit Lions in August 1967. Major League Baseball's Padres made the stadium their home, too, and played their first game in April 1968. The San Diego State Aztecs played at the stadium from 1967 through 2019.

Over it’s history, the stadium hosted three Super Bowls, two Major League Baseball All-Star Games, and two World Series. In 1998, it became the only stadium to ever host both the Super Bowl and World Series in the same year.

NBC 7's DroneRanger 7 flew over SDCCU Stadium in Mission Valley on Oct. 6, 2020. The site will be demolished to make way for a future football stadium for SDSU. Let's fly to "The Murph" one final time.

Unlike many other stadiums that have been demolished, SDCCU Stadium will not be imploded, due, in part, to state air-quality restrictions. Instead, it will be taken down in stages, which will not likely be completed until sometime in 2021.

Some items will be moved into the new stadium, including the Jack Murphy statue that sat at one entrance to the stadium for decades. Murphy, a sportswriter, helped persuade city leaders to build the original stadium in the 1960s. The project was overwhelmingly approved through a $25 million dollar bond.

NBC 7's Joe Little got a look at the start of demolition of the SDCCU stadium.