The El Cajon Police SWAT blew off the front door of the clubhouse, serving a warrant on El Cajon Blvd. near Johnson St, said Amy Roderick, special agent from the Drug Enforcement Agency.

The DEA and El Cajon Police were looking for seven to eleven members of the Hells Angels gang who they say have violent criminal histories. Authorities made no arrests at the clubhouse, but they are still looking for the suspects, Roderick said. 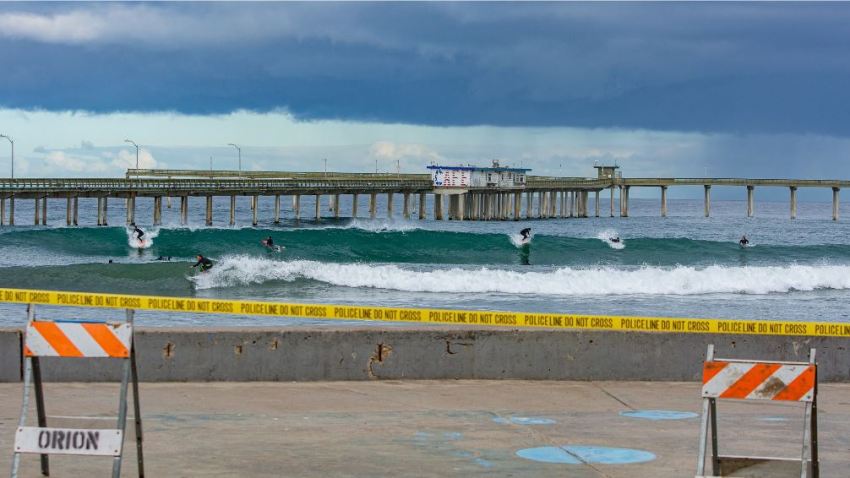 El Cajon Police were working in conjunction with the DEA and the San Diego District Attorney’s office. The morning's raid was one of several conducted in San Diego County on Wednesday.

The search has been ongoing for nearly a year now.

No one was injured in the raid. Those nearby heard what sounded like gunshots, but the sound came from the flashbang grenades used as a diversion to access  the building.

Neighbors in the El Cajon area said the members of the clubhouse are always polite and never noisy.

"We don't see anything there's no evidence of wrong doing," said Paul McVey, a neighbor to the area. "What goes on behind closed doors, obviously, who knows? it's none of my business."

A nearby businessman said there have been three raids of the clubhouse since 1993, when he started his business. Other than that, the group does not cause significant disruption in the neighborhood, the man said.