Board members say they reversed the decision in order to give district lawyers time to come up with a legal opt-out form for parents. But, at this point, it is not clear if it will be possible

It was the first day back to school for thousands of students in the Ramona Unified School District, and despite efforts against it, masks were required.

The East County school district went back-and-forth in the weeks leading up to the start of the school year on whether or not they would make wearing masks at school optional.

Ultimately, the decision was made on Monday that masks would be required for students and staff inside campus buildings, regardless of vaccination status, and would be recommended outside, in conjunction with the state of California's requirement. 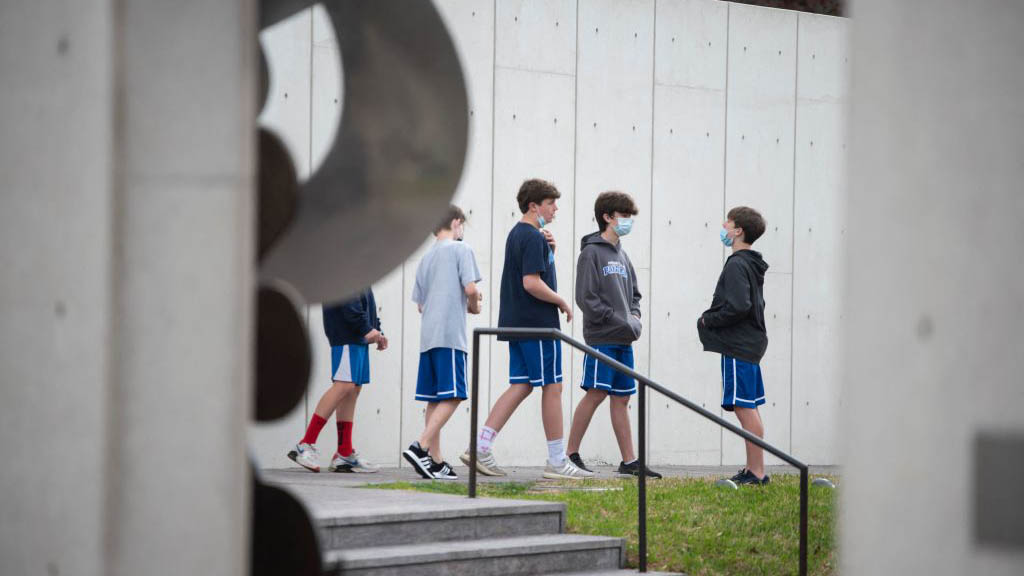 To Get Around Governor's Order, Texas School District Adds Masks to Dress Code

"Our board supports the rights of parents to choose, which is a wonderful thing, but we have to be compliant with the law," said RUSD Superintendent Theresa Grace. "The common ground is our community cares about kids, and they care about the schools, and they’re going to follow the rules."

Last Thursday, the district board voted 3-2 in favor of giving parents the option to opt their children out of wearing masks indoors. But on Monday, just days before the start of the school year, they voted again to reverse the decision because of legality issues with the state's mandate.

Board members say they reversed the decision to make masks optional in order to give district lawyers time to come up with an iron-clad legal opt-out form for parents. But, at this point, it is not clear if it will be possible to have an opt-out option, Grace said.

"It’s an uphill battle, honestly, because the health guidelines are very clear that only a licensed medical professional can sign an opt-out form," Grace said. "Will try our best, but don't know where it will go."

The reversal led to an emotional debate at the over-packed special board meeting, which saw arguments from both sides and even had some children among the audience wearing shirts that said "Un-mask the kids.

NBC 7's Dave Summers spoke to parents on both side of the debate.

For the children returning to campus on Thursday -- some for the first time in about a year-and-a-half -- it was just exciting to be back at school.

"They’re nervous but they’re so excited," said Kania Webster, who has a student in the RUSD. "They missed having that socialization, they missed hanging out with their friends, so we’re excited to have them back."

Webster does think masking should be left up to the parents but sometimes misinformation can add to the confusion. She says her kids will continue to mask at school.

"My kids are going to continue wearing their masks just because there’s some health issues within the house, so we have to make that decision for our household," Webster said.

The American Academy of Pediatrics on Monday threw its support behind mandatory masking indoors at school, in part because so much of the student population isn't yet eligible for vaccination.

Right now, the Moderna, Pfizer and Johnson & Johnson COVID-19 vaccines have Emergency USe Authorization from the FDA for adults and adolescents 12 and older.

The CDPH also said every California school will have access to free testing through the robust state testing program for schools.