Nearly 70 years after expelling Melvin Dwork for being gay, the Navy is changing his discharge from "undesirable" to "honorable" marking what is believed to be the first time the Pentagon has taken such a step on behalf of a World War II veteran since the repeal of "don't ask, don't tell."

The Navy notified the 89-year-old former corpsman last month that he will now be eligible for the benefits he had long been denied, including medical care and a military burial.

Dwork spent decades fighting to remove the blot on his record. 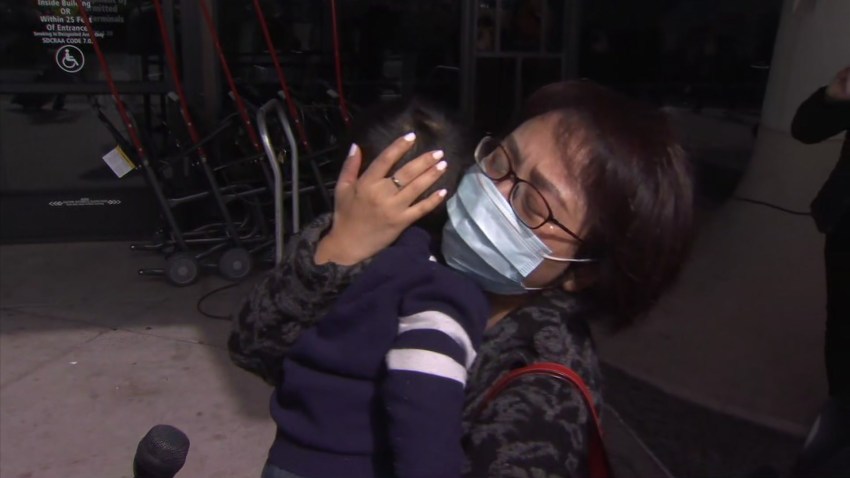 "I resented that word 'undesirable,'" said Dwork, who was expelled in 1944, at the height of the war, and is now a successful interior designer in New York. "That word really stuck in my craw. To me it was a terrible insult. It had to be righted. It's really worse than 'dishonorable.' I think it was the worst word they could have used."

For Dwork, victory came with a heartbreaking truth: Last year, when the Navy finally released his records, he learned that his name had been given up by his own boyfriend at the time.

The decision to amend his discharge papers was made by the Board for Corrections of Naval Records in Washington.

In its Aug. 17 proceedings, obtained by The Associated Press, the board noted that the Navy has undergone a "radical departure" from the outright ban on gays that was in place in 1944. The board pointed out Dwork's "exemplary period of active duty" and said that changing the terms of his discharge was done "in the interest of justice."

Navy officials declined to discuss Dwork's case, citing privacy reasons. "I think that with the end of 'don't ask, don't tell,' there is a growing realization within the military that not only gays be allowed to serve openly now but this was probably the wrong policy all along," said Aaron Belkin, an expert on gays in the U.S. military at the University of California, Los Angeles.

He added: "This illustrates, at least in the case of one person, that the military is trying to set things right."

About 100,000 troops were discharged between World War II and 1993 for being gay and lost their benefits as a result, Belkin said. Under the more relaxed "don't ask, don't tell" policy, which allowed gays to serve as long as they kept their sexual orientation to themselves, about 14,000 troops were forced out, but most were given honorable discharges that allowed them to draw benefits.

Since Congress voted last year to repeal the Clinton-era law, dozens of gay veterans who were given undesirable, dishonorable or less-than-honorable discharges before 1993 have stepped forward, seeking to have the stain removed from their records, according to the Servicemembers Legal Defense Network.

The SLDN, which provides free legal representation to gays in the military, said Dwork is the first World War II veteran they know of to succeed in getting his records changed.

Many of the other cases involve veterans from the Gulf War era of the early 1990s. Next to Dwork, the oldest veteran is from the Vietnam era, the SLDN said.

Navy officials said that legally, they could have amended the discharge records of gay veterans even during the "don't ask, don't tell" era. But they could not say for certain whether that was ever done. And the SLDN said it could not recall any such cases.

"As the military progresses and the culture progresses, people should not be left with the inaccurate characteristic of their service with words like 'unfitness' or 'undesirable' on their paperwork," said David McKean, SLDN legal director and Dwork's attorney. "That paperwork has consequences for people throughout their live.”

Dwork was not allowed to draw GI benefits to continue his studies as a young man and was denied medical care in his later years. He said he needs a hearing aid that he cannot afford.

Over the years, he filed countless requests with the Navy, traveled to Washington, lobbied lawmakers and hired a law firm to help.

The Board for Corrections of Naval Records said it would reinstate Dwork's benefits retroactively. But exactly what that means whether, for example, the Navy will write him a check for the benefits he missed out on over a lifetime is unclear, his attorney said.

The son of open-minded, liberal parents, Dwork grew up in Kansas City, Mo. He said he realized at 18 that he was gay and had his first serious relationship soon afterward with a man he met while studying at the Kansas City Institute of Art. Both joined the Navy hospital corps in 1943.

"I had heard that the hospital corps was simpatico to gay people," Dwork said. "Being in the hospital, you took care of people who were in trouble."

While working at the Marine base on Parris Island, S.C., Dwork sent letters to his boyfriend, stationed in New Orleans, declaring in one: "I love you, love you, love you incessantly." But after his gay friends warned him to be careful, he stopped writing love letters.

Later, Dwork was sitting in class, training to be an officer at the University of South Carolina at Columbia, when MPs showed up, whispered something in his instructor's ear and marched him out of the room. His teacher told the class that if he were Dwork's father, he would cut off Dwork's genitals.

He was thrown in the brig, then transferred to a psychiatric ward in Charleston, S.C., where he said he spent a couple of weeks being peppered with "stupid" questions.

"This patient is a 22-year-old male who keeps his robe tightly wrapped around him and speaks in a slightly effeminate manner," the doctors wrote in their report. They said Dwork took an "avid interest in female attire, household furnishings and shopping.”

Dwork said he had assumed his love letters had fallen into the wrong hands and led to his discharge. After he recently learned the truth, he contacted his former boyfriend, who had long ago married and had children. The man did not want to discuss the matter, Dwork said.

Dwork said he does not blame his former boyfriend; he said the young man was pressured into giving up names as part of a "witch hunt."

"It was confusing to me that anything like that could happen," Dwork said. "I always knew I was innocent, and I wasn't ashamed of what I was or what I am. It was just a sad period. I didn't know frankly at that point it would affect the rest of my life.”