Probation Re-Arrest Stats Anything But Alarming

More evidence has just been added to a case that indicates an expected spike in local crime rates was an unfounded fear -- even as state parolees began filling local probation caseloads, and low-level felons were sentenced to jails instead of state prison.

Rates for probationer arrests as a percentage of all adult arrests after the onset of AB 109 -- the prison realignment law enacted in late 2011 in response to federal court orders to reduce overcrowding -- only went up two percent the next year, from 10 percent two years earlier.

Meaning, only one in eight adults arrested in 2012 was under probation supervision. 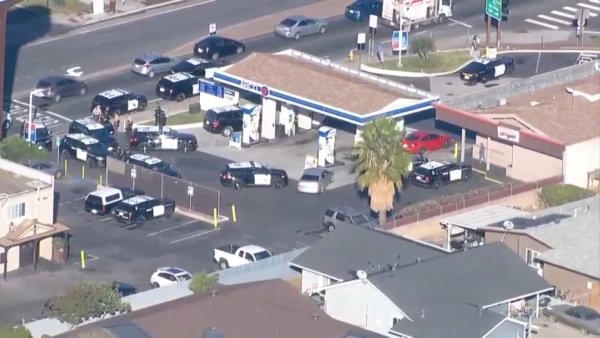 "I think that what this tells us is that the sky is not falling,” said Cynthia Burke, criminal justice research director for the San Diego Association of Governments.  "It's something that we need to keep looking at. But Probation, the Sheriff's Department and the other partners are using evidence-based practices to try to supervise these offenders."

While offenders who previously were under state parole were re-arrested at a 36-percent rate in 2012, according to Burke’s study, she said the issue isn't whether they were a "re-aligned" offender, but their "risk" level.

Stakeholders in the law enforcement, retraining and rehabilitation programs and the faith-based community are pleased with the early reading on probation re-arrests, but temper their optimism with caution.

"It's not the time to get comfortable yet,” said J.J. Anderson, director of community programs for the San Diego County district attorney’s office. “These are positive numbers and they're saying that we're doing something right. But we cannot rest on that."

Nor can the ex-offenders.

"They have to put in some work; they have to take the responsibility for their actions,” said Chaplain Gerald Anderson, representing the United African American Ministerial Action Council at a Black-Brown Summit on re-entry and recidivism issues in Lincoln Park this week. “And those who will take responsibility for their actions, then they can receive the resources that are there for them."

But staying out of trouble can be a long, slow process -- one that all too often includes some backsliding and returns to lockup.

"It's about a good four to five years before you really begin to see some change start happening in your life,” said Dwayne Harmon, an ex-offender who’s turned his life around, found steady work and is now training to expand his job qualifications.

“You have to stay focused,” Harmon added in an interview Thursday at the Lincoln Park re-entry summit. “And you have to surround yourself with a support group of people who really care about you."

There's still research to be done on re-arrest figures for offenders in 2013 and this year – but the 2012 snapshot could prove an encouraging start to a sustained trend.

Meantime, the federal courts have given the state an extension until March 2016 to shrink the prison system's population by 5,500 more inmates -- on top of the 25,000 reductions already.